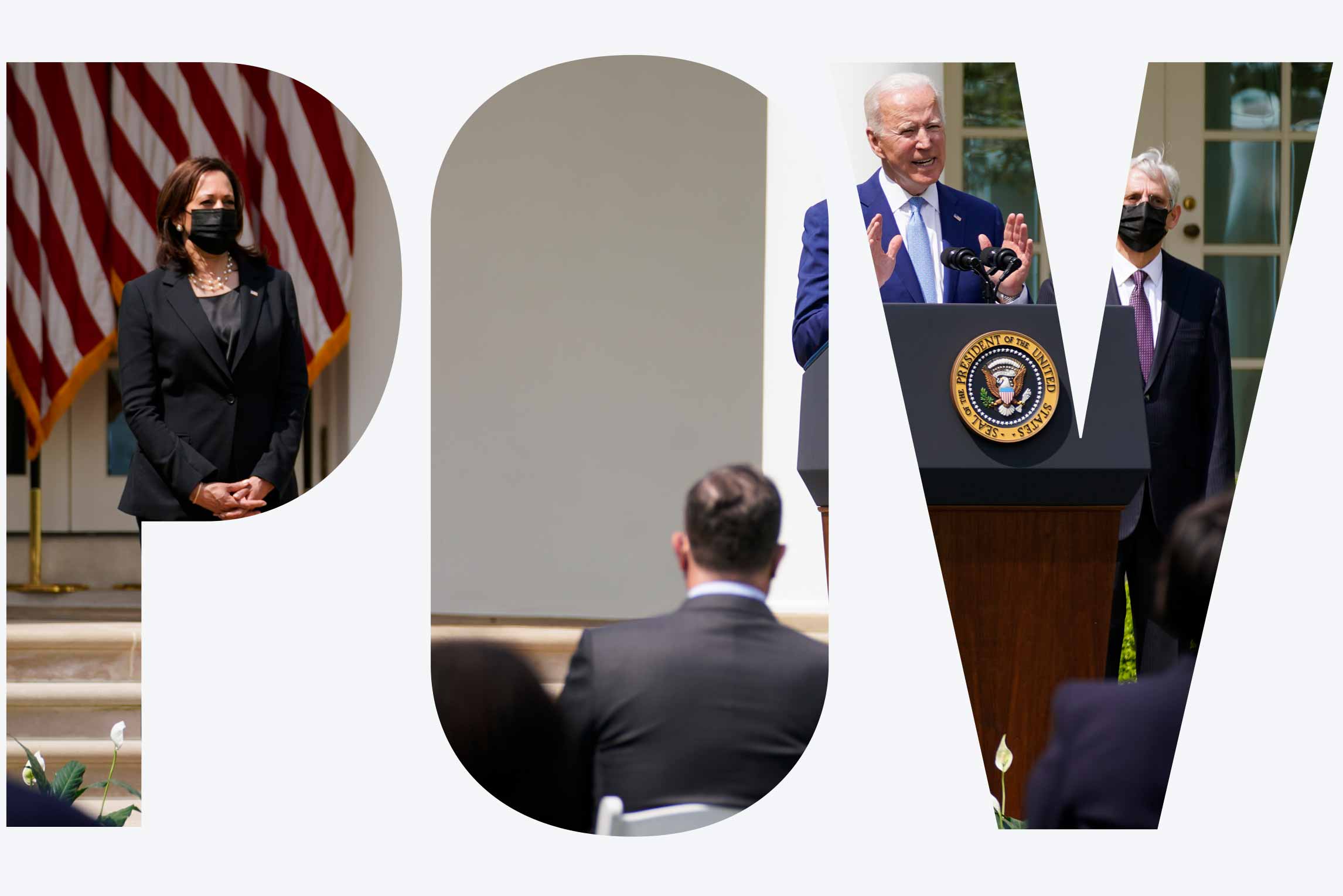 POV: Biden’s Gun Control Executive Orders Are a Step in the Right Direction

But it will take a range of reforms, initiated pragmatically over time, to achieve progress

The recent mass shootings in Colorado and Georgia are tragic reminders of something we have long known: America has a gun problem. Each day, over 100 people in the United States are killed by guns, and over 230 are wounded. We face an average of 38,826 gun deaths each year, about two-thirds of which are suicides. These ongoing daily tragedies have formed a kind of white noise in the background of our national life. To our shame, we have become so accustomed to it, we sometimes forget it is there—until another horrific mass shooting breaks through and reminds us. Gun rights have become a grotesque parody of their original intent. The “well regulated Militia” specified in the Second Amendment has become the active shooter in the shopping mall, spa, or school, the toddler accidentally discharging her parent’s gun, the depressed individual turning a pistol on himself.

This problem has been prolonged and deepened by long-standing intransigence at the federal level. The success of the gun lobby has been a triumph of special interests over the will of the American people, the majority of whom favor common-sense gun laws. According to a 2019 Pew Research Center poll, 60 percent of Americans favor stricter gun laws, an increase from 52 percent in 2017.

In recent years, calls for action on guns have grown louder. The 2018  Parkland, Fla., shooting, in particular, catalyzed a new approach to the issue of gun violence, led by young people, notably reflected in the March for Our Lives.

With the Biden administration in office, there is now cause to hope these calls have been heard and will be acted on. On April 8, the administration announced a suite of executive actions to curb gun violence. They include directing the US Department of Justice to propose a rule to restrict the proliferation of “ghost guns” (hard-to-trace guns built from kits that can lack serial numbers), directing the DOJ to model red-flag legislation allowing courts to temporarily prevent someone from accessing firearms, and directing the DOJ to issue a report on gun trafficking. President Biden also announced the nomination of David Chipman as director of the Bureau of Alcohol, Tobacco, Firearms and Explosives. Chipman currently works as a senior policy advisor to the gun violence prevention group Giffords, named for former Arizona Congresswoman Gabrielle Giffords, who suffered a traumatic brain injury in 2011 after a mass shooting that left six people dead.

These are all welcome steps, pointing in the right direction. But after so many years of inaction on gun violence, it is reasonable to ask: are they enough? The answer is that no single push—whether from the legislative, executive, or judicial branch of government—will be enough to fully address gun violence. Rather, it will take a range of reforms, initiated pragmatically over time, to achieve progress. Massachusetts is an instructive example. It has one of the lowest gun death rates in the country and has reduced gun deaths by 40 percent over a 25-year period. It did this through a comprehensive approach, including better safety standards for the gun industry, banning military-style assault weapons and high-capacity magazines, passing universal safe storage laws for guns and a red-flag law. None of these steps in isolation brought us to where we are now; rather, it was their collective influence that did it, informed by the necessary political will. President Biden’s announcement last Thursday is most welcome, perhaps, as a reflection of this will, as a sign that power is shifting at the highest level towards a healthier status quo on guns.

Fundamentally, the issue of gun violence is shaped by the questions of what needs to be done and what realistically can be done at a given moment in our politics. For a long time, we could not bring these two questions into alignment, with need always outstripping the political means to address it. Biden’s announcement suggests that we may be seeing the start of a sea change, as need and means finally meet. It is up to all of us to continue to push for necessary change. The momentum of recent years did much to bring us here—in particular, the efforts of students, many of whom are part of our school community. We should work to sustain this. America has had a gun problem for so long that it can seem like a permanent fixture of our society. But one of the lessons of this past year is that, in an instant, everything can change, that we can take dramatic steps when we decide, collectively, that health demands it. It is long past time we did so on guns.

POV: Biden’s Gun Control Executive Orders Are a Step in the Right Direction

There are 8 comments on POV: Biden’s Gun Control Executive Orders Are a Step in the Right Direction

POV: Biden’s Gun Control Executive Orders Are a Step in the Right Direction
8
share this