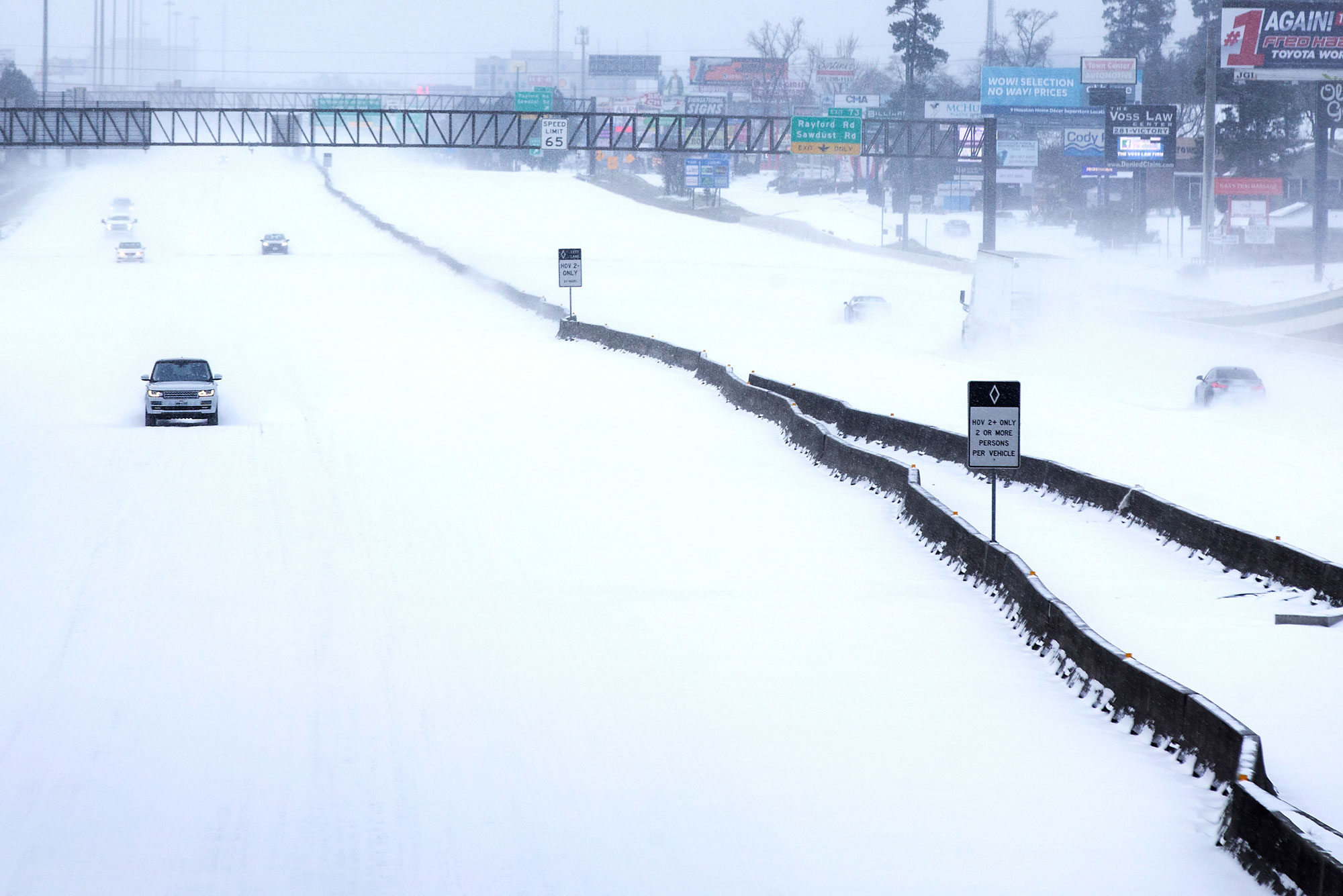 Last week’s cross-continental deep freeze was a stunning weather event in what appears to be a cascade of extreme weather events, many of them highlighting a lack of preparedness by state and federal agencies. The most recent disaster triggered massive power blackouts in several states, shut down one-third of the country’s oil production, and paralyzed roadways across the South. At least 58 people died, more than half in Texas, where 2 million people lost power and 13 million needed to boil their water before drinking it.

The two events conspire to warn us that hotter summers and colder winters are the new norm. In fact, since 2000, according to the Department of Energy, that trend has increased weather-related power outages by 67 percent.

To learn more about the implications of that trend and what we can do to mitigate future damage, BU Today talked with Cutler Cleveland, a College of Arts & Sciences professor of earth and environment and associate director of the BU Institute for Sustainable Energy.

Cleveland: The link between climate change and wildfires is inextricable. Warmer temperatures dry out wood, which creates more fuel. All you need is an ignition source. Anthropogenic climate change accounts for more than half of the wildfires in the United States since 1979. There is no scientific consensus yet as to whether an extreme cold snap in Texas was made more likely by climate change. One plausible hypothesis currently under investigation is that warming will destabilize the jet stream and make a southward dip of the polar vortex more likely. Stay tuned.

Some observers have blamed Texas’ grid failures on frozen wind turbines. How much blame should be aimed at renewable energy sources?

Every source of electricity generation in Texas—natural gas, coal, nuclear, wind, solar—suffered at the hands of extreme cold, but the biggest decline came from natural gas, which provides the bulk of Texas’ power in the winter. Demand surged as people struggled to stay warm, so the big loss in natural gas generation was especially troublesome, because it is a crucial source when demand spikes in Texas. Natural gas facilities in the field (wells, gathering lines, separators) froze, as did pipelines that move the gas to power plants. The politicians and fossil fuel apologists who blamed frozen wind turbines were trying to deflect attention from their own roles in the problem. Texas grid planners have elevated cheap electricity above every other planning priority, and they deliberately ignored repeated warnings that the grid was highly vulnerable to extreme weather.

And for the record, wind turbines run just fine in Greenland and Nordic countries, where I’ve heard it can be quite chilly.

What do these catastrophic events tell us about our investments in infrastructure and disaster preparedness?

The COVID-19 pandemic revealed how decades of neglect in investment in public health infrastructure (hardware and software) hampered our response. Similarly, events like the deep freeze in Texas and the wildfires in California and the Pacific Northwest reveal a lack of resiliency in our basic infrastructure due to chronic underinvestment and a mindset that evolved in a climate regime that no longer exists. Electric grids, bridges, highways, pipelines, rail lines, sewage systems, water supply, dams, and coastal infrastructure are at serious risk from the effect of climate change, and our mindset, planning, and infrastructure spending should reflect the new reality.

How do regional political and cultural attitudes play into this scenario? Do you think the response to this weather event would be different in a region with a different attitude?

Texas has a strong independent streak and loathes federal intervention (although it certainly benefits from many federal services). With the explicit intention of avoiding federal regulation, state planners and politicians built a grid that is largely disconnected from neighboring grids. When in-state generation falls, Texas is unable to import significant amounts of electricity from its neighbors. The rest of the country does not operate in this fashion.

Texas Republican Governor Greg Abbott, who blamed the crisis on the Green New Deal, requested a major disaster declaration for all 254 counties. Presumably, he will gladly accept the big check that President Biden is sending in the form of federal disaster relief.

Of course, none of the policies in the Green New Deal actually exist in Texas, but I probably should not be dragging facts into the discussion.