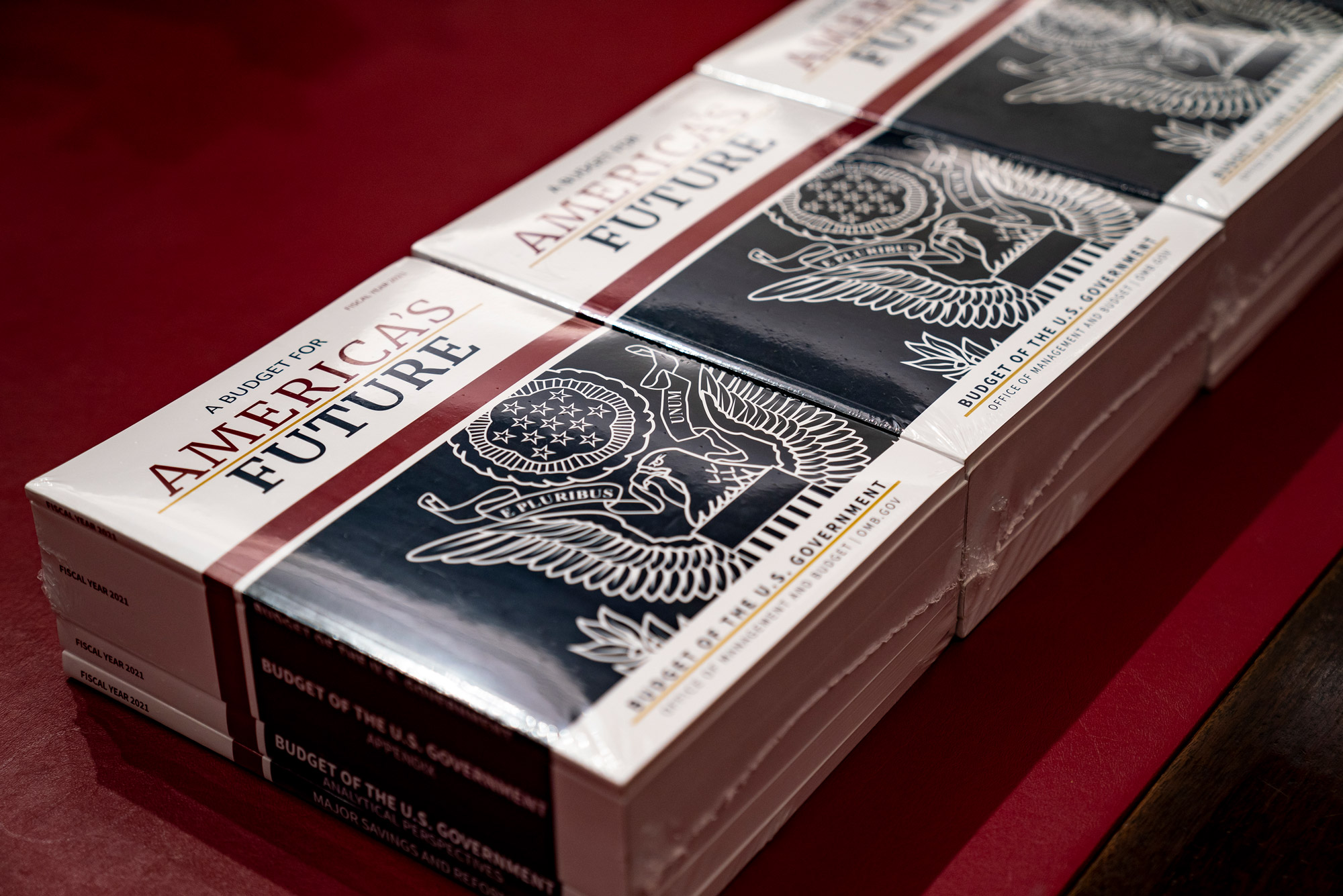 Call it a tale of two Americas.

Setting up a stark contrast between his vision and the vision laid out by Democrats who want his job, President Trump this week proposed a military-focused, science-slashing, student financial aid–cutting budget for the fiscal year beginning October 1, 2020. His budget comes at the same time many of the campaigning Democrats have proposed forgiving hundreds of millions of dollars in student debt to ease the burden felt by young Americans.

Even though Trump’s $4.8 trillion proposed spending package for the next fiscal year has zero chance of passing a Congress with a Democrat-controlled House of Representatives, the priorities laid out in Trump’s package signal just how far apart the two parties are in the direction they see for the country.

The budget proposal, released Monday, would cut student aid by more than $200 billion in the next decade. Among the specifics: cutting $483 million from the federal work-study program and canceling almost $4 billion from the Pell Grant Surplus, which covers unexpectedly high enrollments for federal Pell Grants for needy students. Trump’s plan would also eliminate subsidized student loans, where Uncle Sam pays the interest during a student’s college time, and the Public Service Loan Forgiveness program.

In another striking difference with Democrats, Trump’s proposal would cut almost $3 billion, or 7 percent, from the National Institutes of Health; $424 million (6 percent) from the National Science Foundation; $1.2 billion (17 percent) from the Department of Energy’s Office of Science and abolition of its Advanced Research Projects Agency-Energy; and enormous cuts to NASA, agricultural research, the Environmental Protection Agency’s science and tech initiatives, and other agencies.

Trump’s budget differs the most with proposals from Democratic presidential candidates Senators Elizabeth Warren (D-Mass.) and Bernie Sanders (D-Vt.), Joe Biden, former vice president, and Pete Buttigieg, former South Bend, Ind., mayor, who would either preserve or increase student loan forgiveness and who advocate tuition-free or debt-free public college. Warren has proposed larger spending help for research and low-income students than anyone else in the crowded Democratic field.

NEA funding has increased every year of Donald Trump’s presidency. In fact, the greatest beneficiaries of federal arts funding per capita are residents of red states.

BU officials say the president’s proposals would hurt higher education and the University if passed—but they aren’t worried yet because of the political odds.

“The president has proposed similar cuts to student aid and research agencies in his previous budget proposals,” says Jennifer Grodsky, BU vice president for federal relations. “Fortunately, Congress has rejected these cuts in the past, and I am optimistic they will reject them again.

“Last year, the National Institutes of Health budget grew by over $2 billion, despite the president’s proposal to cut it by nearly $5 billion,” Grodsky says. “Similarly, the Trump administration proposed to cut Federal Work-Study by more than half last year, and Congress instead saw fit to increase FWS by over 4 percent. The White House has proposed eliminating the National Endowment for the Humanities in its three previous budgets. Yet last year, Congress gave the NEH its largest funding increase in a decade.”

Julie Wickstrom, BU’s executive director for financial assistance, also believes student aid cuts would be dead on arrival in Congress. “We have seen increases to federal financial aid programs in the past two years,” from Congress, she says, and that’s a good thing, as the president’s proposals would be destructive if enacted.

Trump’s budget would merge a byzantine array of loan repayment programs into one income-driven loan scheme. But it would hike what many borrowers would pay toward their loans from the current 10 percent of discretionary income to 12.5 percent. “This simplification comes at a cost,” Wickstrom adds, with “less generous loan terms and lower aggregate caps to the loan program.”

The University “would certainly work with students to make sure they have what they need to continue their enrollment at BU in the unlikely event that [the budget] passes,” she says.

Harvey Young, dean of the College of Fine Arts, says that the NEA and NEH have been unassailable windmills despite the administration’s relentless efforts to lance them: “NEA funding has increased every year of Donald Trump’s presidency. In fact, the greatest beneficiaries of federal arts funding per capita are residents of red states.” But the country’s heated political divide gives an erroneous impression otherwise, he says.

Young calls the NEA “extraordinarily effective at championing arts and culture in all 50 states,” and at BU. For example, the endowment supports CFA’s Young Artist Orchestra at the Boston University Tanglewood Institute, “which not only brings music to western Massachusetts, but also underwrites the cost of educating the next generation of great musicians.”

Trump does target some research for increases, including two with implications for the University: artificial intelligence (AI) and quantum information science (which studies how fundamental laws of physics can be used to improve information acquisition and processing).

On the first, BU is “well-placed to become [a] leader in key aspects,” says Eric Kolaczyk, a College of Arts & Sciences professor of mathematics and statistics and director of the Hariri Institute for Computing and Computational Science & Engineering. With AI expected to power advancements in an array of fields, and with BU investments ranging from cloud computing to Hariri’s Artificial Intelligence Research (AIR) initiative, “BU should be a strong competitor” for any federal increases in AI funding, says Kolaczyk, who also has an appointment in the College of Engineering.

Meanwhile, a “Quantum Revolution” portends the development of “hardware capable of approaching problems that cannot be currently solved with classical computers,” says Andrei Ruckenstein, a CAS professor and chair of physics. “BU is already leading a collaboration of all major research universities and industry partners in the Boston area, aimed at building a Quantum Leap Challenge Institute,” funded by a National Science Foundation program.

A statement from the Association of American Universities, a consortium of research universities that includes BU, criticizes the Trump budget’s proposed cuts: “For our nation to maintain its position as a leader in global innovation, it is imperative that America reinvest in the government-supported research and the government-university partnership that have made our nation and its universities, laboratories, technology, and economy the envy of the world.”

What’s the Future of Student Financial Aid?
0
share this