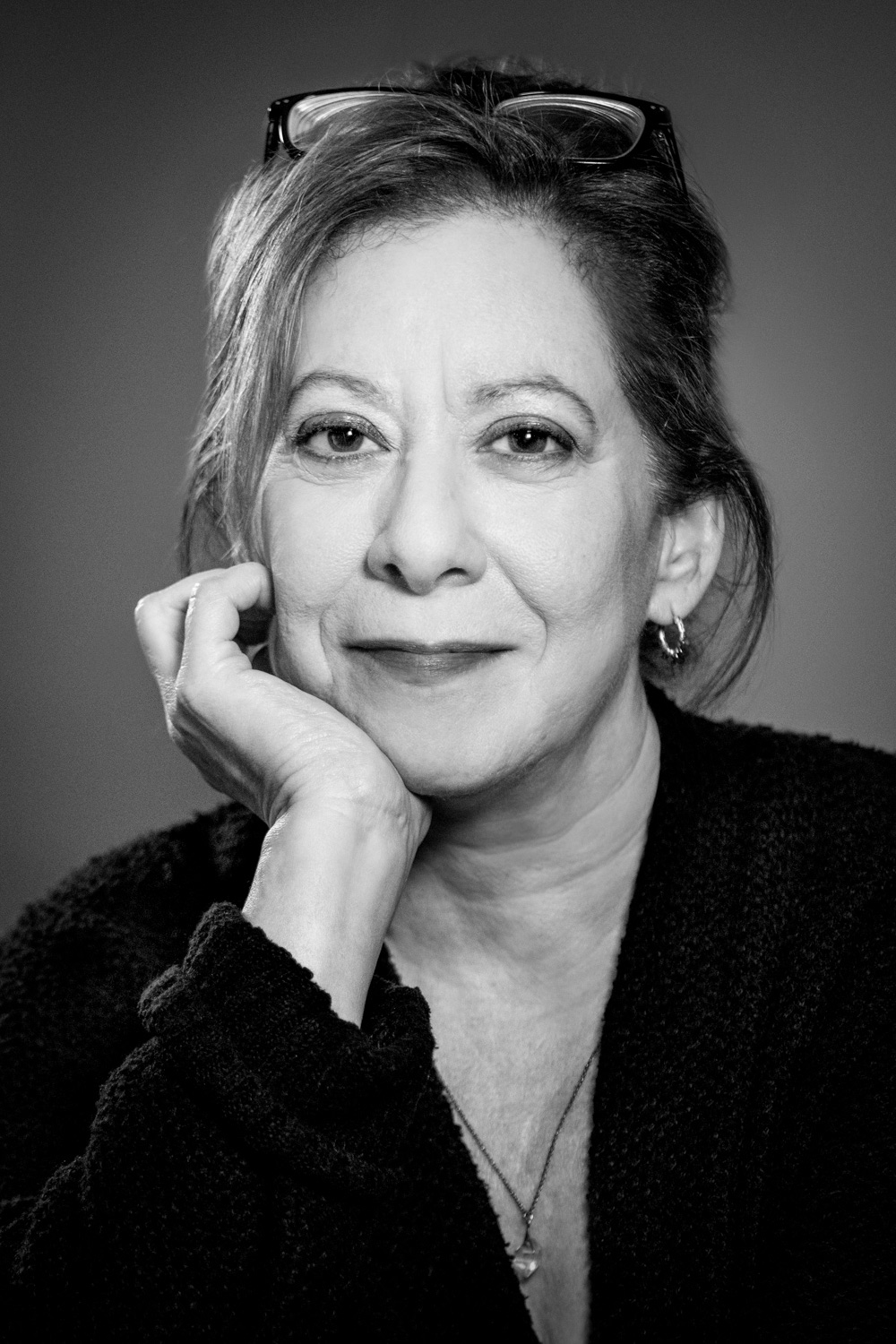 Producer Linda Reisman is usually working on six or seven films at one time, all in various stages of production. She says it’s important for emerging producers to work on several projects at once so they have more than one thing they can bank on. Photo courtesy of Reisman

Leave No Trace Producer to Speak at COM’s Cinemathèque Tonight

Linda Reisman will show her film and discuss her career

If there’s one thing Linda Reisman has learned from her decades-long career producing critically acclaimed and Oscar-winning films, it’s persistence.

Reisman, an Emerson College senior distinguished producer-in-residence, has produced such films as 2015’s The Danish Girl and 2018’s Leave No Trace—both took a decade or more to shepherd from development to the big screen, with starts and stops along the way. “It takes a tremendous amount of tenacity and persistence,” says Reisman. “For these types of stories, which are much more challenging to get the financing for, you need passion. When you get knocked down, get back up again.”

Reisman will discuss her career and screen Leave No Trace on campus tonight, February 28, as part of the BU Cinemathèque series, a College of Communication program that brings accomplished filmmakers to campus to discuss their work.

Directed and written by Debra Granik, Leave No Trace is about an Iraqi War veteran (Ben Foster) who is suffering from post-traumatic stress disorder, and his teenage daughter (Thomasin Harcourt McKenzie). When the film opens, the two have lived undetected in the Oregon woods for years. But their harmonious existence is upended when they are discovered, arrested, and placed under social services. They work to adapt to a more traditional life, with differing results. The script is based on the novel My Abandonment by Peter Rock, which Reisman and her producing partner optioned.

Leave No Trace premiered at the Sundance and Cannes festivals and has a 100 percent critics approval rating on Rotten Tomatoes. The film made numerous 2018 top-10 film lists and won several awards, including from the National Board of Review and the Los Angeles Film Critics Association.

BU Today spoke to Reisman about her career working with directors like Paul Schrader and Francis Ford Coppola, why she thought the Leave No Trace story deserved to become a film, and her love of teaching.

BU Today: What courses do you teach at Emerson?

Linda Reisman: In the fall, I teach in the two-year online MFA low residency screenwriting program. It’s been around for three or four years, and it’s very unique. The students meet as a group twice a year, once in Boston, and once in LA.

In person, I tend to teach upper-level undergraduate producing classes. Right now I’m teaching a course called Creative Producing for Film and Studios and Independents: Navigating the Motion Picture Industry, which is geared towards seniors or students before they take a semester in LA. It’s about examining the industry and internships. We look at the landscape—what are the studios, what are the production companies, the new streaming platforms, where are there opportunities?

BU Today: How did you get started in producing?

Linda Reisman: I went to grad school at the San Francisco Art Institute. I got into producing by working with Francis Ford Coppola and his producer Tom Luddy [their production company, American Zoetrope, was based in San Francisco]. I met them through a magazine I was very involved in, Camera Obscura. I worked with Tom primarily. Coppola and George Lucas were executive producing a film by Paul Schrader [1985’s Mishima: A Life in Four Chapters]. I did a lot of research for Paul, and when he was finished shooting, he asked me to work for him. I worked as his assistant, and he invited me to work with him in New York, and after two years, I said I’d like to start producing. I’m making it sound easy, and it wasn’t. Paul was the one who gave me those opportunities, starting as an associate producer, so I could work my way up.

People come to creative producing from a lot of different angles. Some are more nuts and bolts—line producers come from production management or physical production. We have producers who come from the business side of the industry. I came to it through working closely with the director on his material. And that’s when I knew where my place was and what I wanted to do.

BU Today: What do you look for in the material you produce now?

Linda Reisman: As a creative producer, I am generating the materials. I’m looking at books, short stories, and original ideas. There are times that a screenplay comes to me that needs a producer, but for the most part I am generating the project. The film Leave No Trace started from a book that I optioned with my producing partner, Anne Harrison. We had to find a writer, director, oversee all of the stages to get it to the point of production. Most of my projects tend to be literary sources, most tend to be about characters that live unconventionally in some way or another.

It’s funny, now I’m working on a few things that defy what I just said I do, but most of my films are strong character-driven films, with complex narratives.

BU Today: The Danish Girl is a great example of that. Are you reading constantly, searching for your next movie?

Linda Reisman: Studio producers have book scouts, who are getting the books really early. Even though I got My Abandonment, which became Leave No Trace, in manuscript form, they don’t always come to me that way. It’s great to be reading just for the sake of reading. And I try to always have a book going, just to keep the creative juices flowing.

BU Today: How many projects are you working on at any given time?

Linda Reisman: As an independent producer you really have to have multiple projects going at one time.

Not many for me, I’d say six or seven that are in different stages. If I was at a production company, I’d probably have two dozen projects that I was working on. There’s a lot of waiting—waiting for a revision, the script, for the actress to read something, for the director to make a decision. It’s important that emerging producers know how important it is to have more than one thing that you are banking on.

BU Today: What does it take to get a film made?

Linda Reisman: A tremendous amount of tenacity and persistence. We make movies for different kinds of reasons. There is nothing wrong with being involved with a project for a paycheck. But for these stories which are much more challenging to get the financing for, you need tenacity, persistence, passion, and when you get knocked down, get back up again. It’s very helpful to have a producing partner, which I have on some projects, but not all, to share the workload and bounce ideas off of. It’s honestly a miracle that any movie gets made, in my opinion.

BU Today: How did you come to produce Leave No Trace? Why did you want to do it?

Linda Reisman: Adrienne Brodeur, who was then an editor at Houghton Mifflin Harcourt, was working with My Abandonment’s writer, Pete Rock. I had known of Pete’s other work, and Adrienne said that she was working with him, and that she had a feeling that I would like it. She slipped me the manuscript, and I completely fell in love with the story, about a father and daughter who are living unconventionally. We knew there were things we would have to change from the book to the film. But I shared it with my producing partner, as we were looking for things to do together, and she had the same response. So it was reading something and knowing instantly: I want to make this, it’s a movie, not a TV show, there are things that are going to have to change to make it [work as a] film. It took 10 years from the point we optioned the book to the point we made the movie.

BU Today: Once filming started, how involved were you in the day-to-day shooting?

Linda Reisman: Very. I was alternating weeks with my producing partner, Anne, being on location in Oregon. One of us was always there, during preproduction, shooting, postproduction. We saw every cut of the film, every single decision that was made, though deferring to the director, Debra Granik, strategizing about film festivals. It went on and on.

BU Today: Does your teaching in any way affect your career as a producer, and if so, how?

Linda Reisman: I love teaching. I think my teaching informs my producing work and vice versa. Pedagogically, I want to be teaching practically—it’s not theoretical what I’m teaching. The fact that I’m an active producer: I bring real world dilemmas, examples; producing is a lot of problem-solving. I find the students, especially this semester, are really inspiring, bright, and engaged. They challenge me, and it helps to inform what I’m doing.

Leave No Trace screens tonight, Friday, February 28, at 7 pm, followed by a conversation with Linda Reisman, at the College of Communication, Room 101, 640 Commonwealth Ave. The event, part of the BU Cinemathèque series, is free and open to the public.

Leave No Trace Producer to Speak at COM’s Cinemathèque Tonight