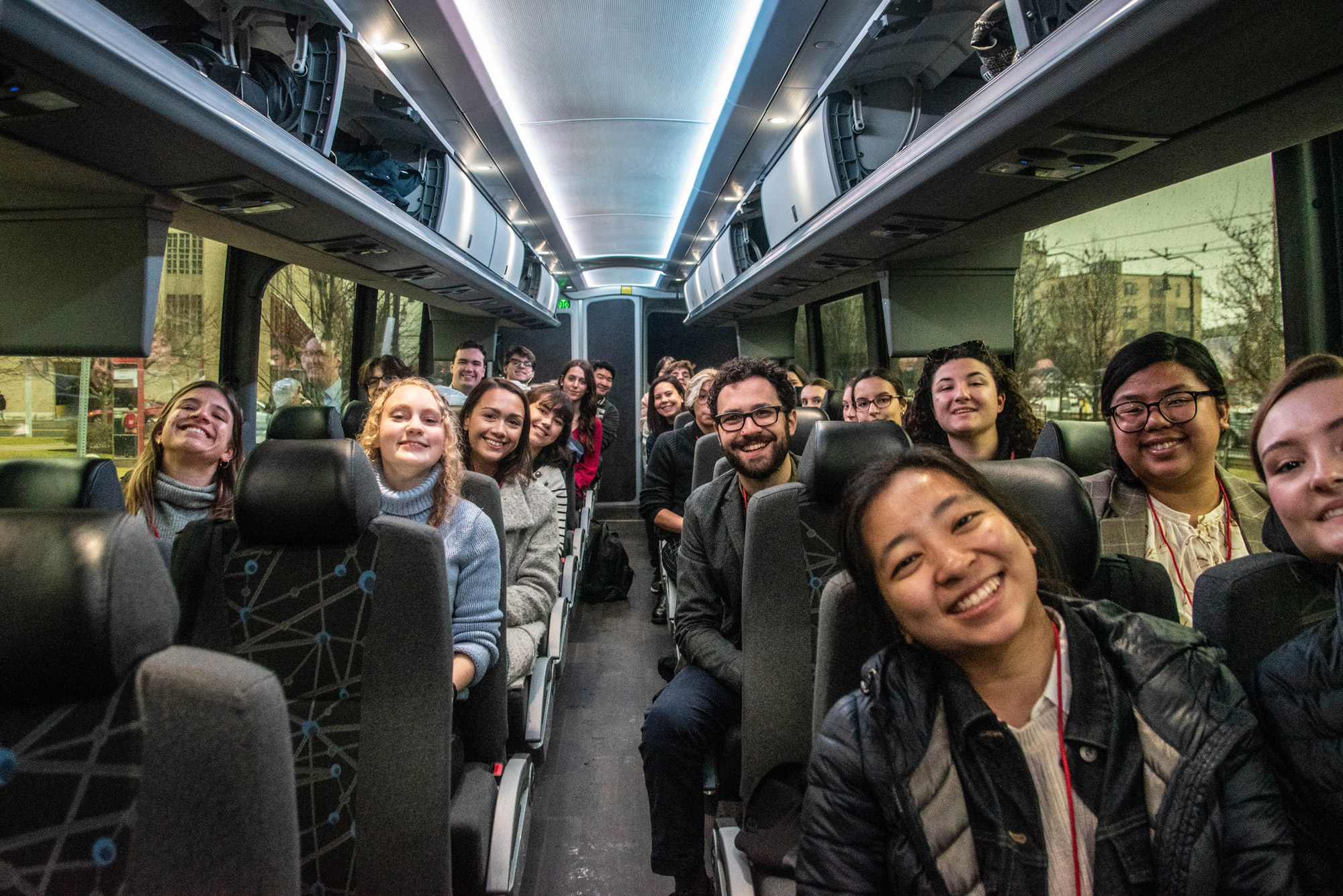 A busload of students left the College of Communication yesterday afternoon, heading to New Hampshire. Photo by Lauryn Allen (COM’22)

Check out their multiplatform coverage here

At 12:30 yesterday, dozens of College of Communication students, decked in rain gear and lugging tripods and laptops, boarded buses, ready to cover one of the biggest stories of their burgeoning careers. They were en route to New Hampshire to report on the nation’s first presidential primary of the 2020 election season. The students covered the candidates, issues, victory speeches, and voters in print, video, social media posts, and photographs, bumping elbows with journalists from some of the nation’s biggest news outlets as they prepared stories for the BU News Service, BUTV10, WTBU, and the Daily Free Press.

“On Elm Street in Manchester, it’s a big political parade,” says Peter Smith, a COM senior lecturer in photojournalism. “For someone interested in covering important events and politics, it’s like a rock concert. It’s exciting and a great experience to cover such a big story.”

Lauryn Allen (COM’22) was assigned to photograph Senator Elizabeth Warren (D-Mass.) for the BU News Service. She described the assignment to BU Today as an incredible opportunity, but also an immense amount of pressure: “She’s a candidate who so many people are watching and who has a serious chance of getting the party’s nomination. I know I’m going to have to step it up and take photos that will earn a permanent place in my portfolio.”

Below, we point you to some of the COM students’ best stories, a list we’ll continue to update as stories come in:

There is 1 comment on COM Students: Covering the New Hampshire Primary