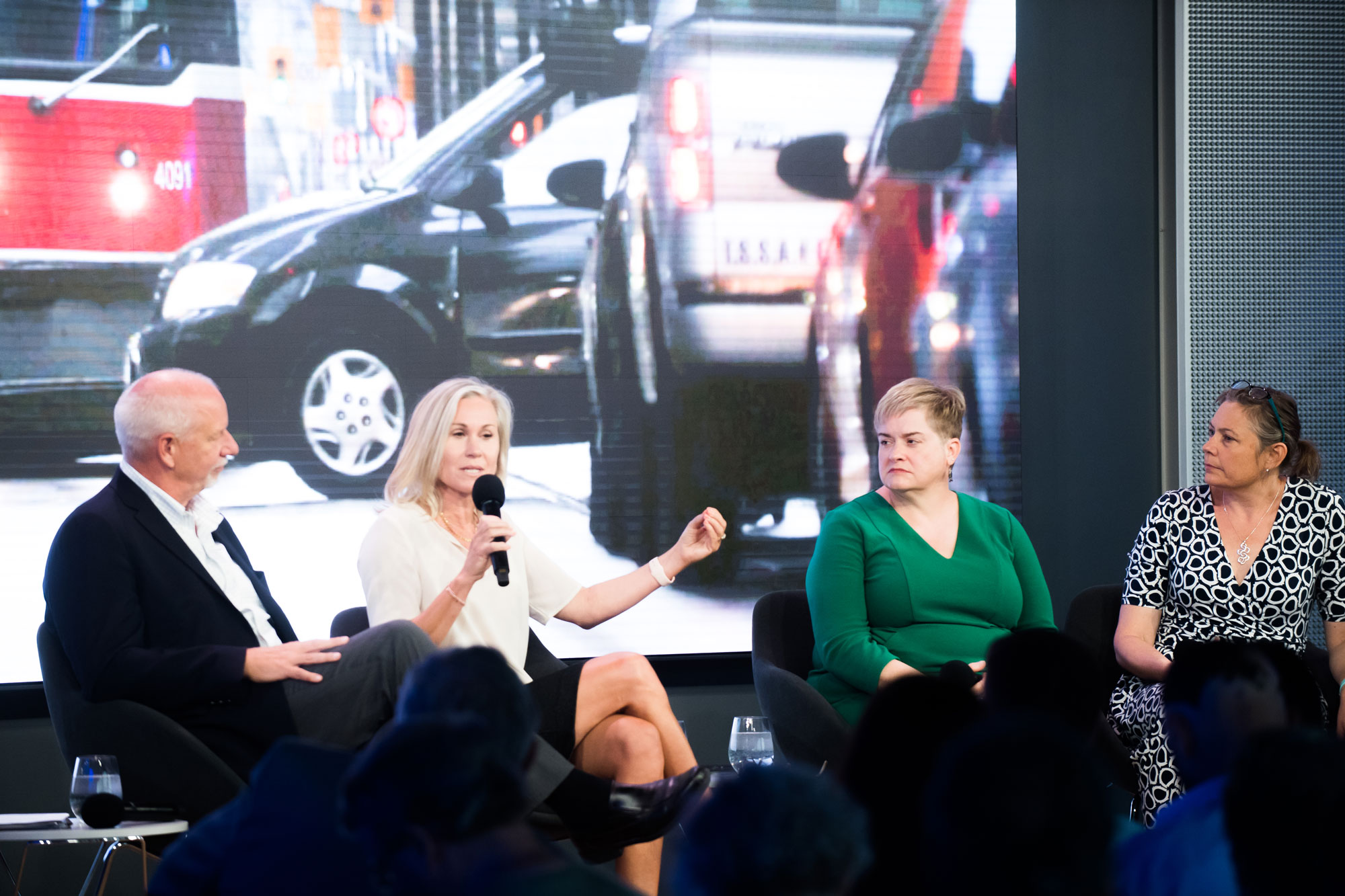 Minneapolis’ requirement that multifamily housing be permitted in all residential areas struck an overdue blow against racism in housing policy—and sets a model for other cities, a Minneapolis planner told Bostonians Monday at a forum at CitySpace, the public affairs venue of WBUR, BU’s National Public Radio station.

“We have a history that is steeped in racially biased zoning policy,” Heather Worthington, the Minnesota city’s director of long-range planning, told the audience. Zones with exclusively single-family housing require the wealth to purchase such homes on large lots, discriminating against renters, and originated as a way to keep lower-income people of color out of white neighborhoods, she said.

Affordable housing, bike- and mass transit–friendly infrastructure, and green zones topped the bucket list of Worthington and two other planners at the Vanguards in Urban Planning forum, hosted by BU’s Initiative on Cities (IoC) and BU’s Urban Climate Initiative.

These policies enlist cities in countering grand-scale problems from inequality to climate change, the panelists said.

As a Jekyll-and-Hyde example of good and bad urban life, Keesmaat showed slides of Toronto’s King Street, a major east-west artery through the city’s heart that extends out to its suburbs. It used to be clogged with cars because of the inefficiency of its public transit, she said, recalling an instance when her daughter got off a streetcar and reported, “People are walking faster than the streetcar is moving.”

She showed a second slide, of King Street today, pruned of autos. “Did you actually ban all the cars from this corridor?” Moran asked. “Yeah, we sorta did, actually,” Keesmaat replied. The city installed mandatory turnoffs at each block along the street so that cars can’t travel the road’s full length, but have local access only to amenities on each block.

“Suddenly, people who had a 45-minute commute from the west end of the city into the core had a 17-minute commute,” she said to “Ohhhs” from the audience.

“We’re a cycling city,” said Gil Kelley, Vancouver’s general manager of planning, urban design, and sustainability, in part because of a decision to take one car lane from a critical bridge into the downtown area as a way to encourage alternatives to traveling by car. There remains “a sting in the political arena from that being forced down people’s throats,” he said, but succeeding city leaders haven’t reversed the decision.

They do, however, “voice the idea of having deeper and broader consultation around changes,” an important lesson when cities also ponder housing policy changes to bring more multiunit rental dwellings, he said.

“The values conversation, which has to start with listening to people’s fears and their hopes, often goes to more positive questions around: ‘I don’t know if I can afford to downsize and stay in my neighborhood…I know my kids can’t afford to live here, and I really want them to live here…I also want to be able to walk to services in 10 minutes.’”

That said, there’s a Canadian-US divide over one value in particular, Kelley said: “There’s a very fundamental belief in the role of government that’s unquestioned in Canada, and here it’s always questioned.”

The panel discussion was part of a two-day event on infrastructure planned by the IoC, the University’s Institute for Sustainable Energy, and several departments at the College of Arts & Sciences, the School of Public Health, and the School of Social Work.

Smart Cities Are Summoning the Future Now with Sustainable Policies, US and Canadian Planners Tell WBUR’s CitySpace Audience
0
share this