School of Public Health Will Crunch the Data on Well-Being

Partnership with Sharecare will aid companies, app users, and the general public

The BU School of Public Health has signed a five-year partnership with digital health company Sharecare to mine health and community data to improve well-being nationwide.

SPH and Sharecare will build a Community Well-Being (CWI) Index using a vast trove of health data collected by Sharecare combined with SPH data on social determinants of health, all mined by the SPH Biostatistics and Epidemiology Data Analytics Center (BEDAC).

The Index will highlight the critical impact that environment has on one’s overall health. “The innovation is in taking the individual and placing them in their context,” says Sandro Galea, dean of the School of Public Health and Robert A. Knox Professor. “This is a partnership between us and Sharecare to help advance what they’ve done before to the next level.”

Beginning in the fourth quarter of this year, Atlanta-based Sharecare will distribute Index data in public rankings of healthy communities and states, in reports to its existing clients in government, business, and the healthcare industry, and directly to consumers through its Sharecare app.

For example, Sharecare’s clients—which include the State of Georgia, Walmart, Lockheed Martin, healthcare giant HCA, and the Medicaid system—will get access to data visualizations that will allow them to better analyze their population health and implement strategies to improve well-being.

Individuals using the app might receive notifications reminding them to pack workout clothes before their commute or suggesting nearby fitness facilities. Users in one of the country’s urban “food deserts” might be directed to a place where they can buy healthier groceries.

“Simply put, the CWI will advance our ability to deliver the right interventions to people at the right time, which not only will improve their personal health, but also the places where they work, live, and play,” says Sharecare cofounder, chairman, and CEO Jeff Arnold, who also founded WebMD.

Galea says the Index might even motivate consumers to start a workout group at their office, create a new fitness facility in their local park, or organize to provide access to more nutritious food. “One of the really cool things about this,” he says, “is that it creates an opportunity to incentivize consumers to not just improve their own health, but that of the people around them, in their company or in their community.” 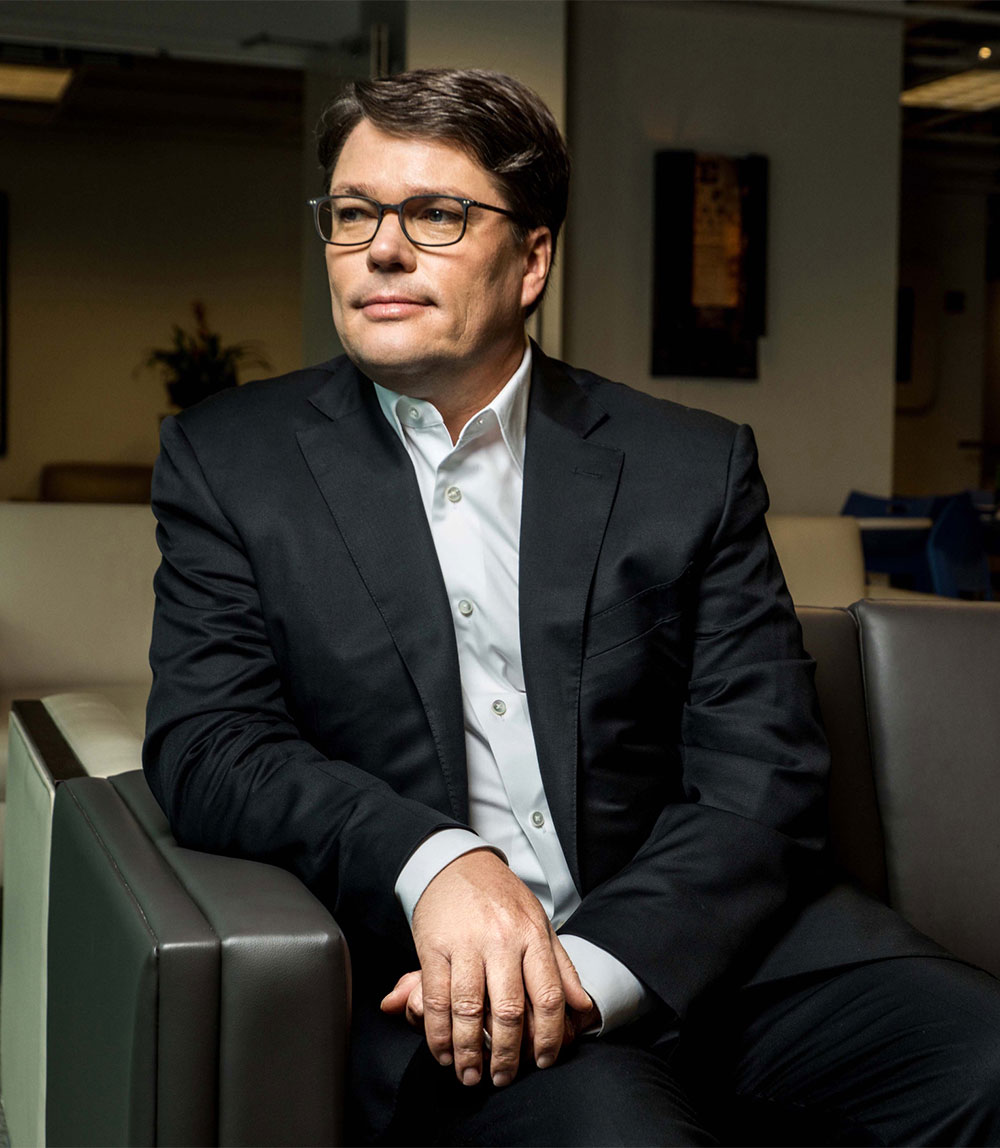 Early on, Sandro identified environment as being as important as genetics and lifestyle in one’s well-being. I got excited about how to bring that to life.

“We are able to look at their data and integrate it with our data on social determinants of health,” says BEDAC executive director Kimberly Ann Dukes (Wheelock’86, GRS’89,’02), an SPH research associate professor of biostatistics. “You are more a product of the community where you live, work, and play than you think you are.

The 60 SPH data sets involved cover five basic areas: built environment such as buildings and infrastructure, health and healthcare, social and community context, education, and economic stability. These can be combined with additional data Sharecare will obtain on grocery transactions, biometrics and lab results, and prescription medication fulfillment.

Sharecare app users begin with the RealAge® test, an individualized health risk assessment, which shows the true age of their body. Sharecare data provided to BEDAC will include an anonymized version of that self-reported data, as well as permission-based health tracker data, such as sleep, steps, and stress.

For each user, the app provides a personalized action plan to guide them to health and lifestyle changes to improve their well-being. The collaboration with SPH means a whole new level of context and information can be offered.

The general public will see Index data in annual state and community well-being rankings, as well as in Sharecare’s ongoing Blue Zones Project, a community-led well-being initiative in 48 locales across 11 states.

The Index data will also be available for research by scholars from BU and elsewhere, Arnold says, and Sharecare is already reaching out to other notable schools of public health to get them involved.

The roots of the Sharecare-SPH partnership are in part personal. Arnold’s daughter, Kappy, is a College of Arts & Sciences senior, majoring in psychology and minoring in public health. Arnold is impressed by the University, he says, because he has found it to be full of “high-quality big thinkers who are practical at the same time,” one being Galea.

Arnold and Galea were introduced a few years ago by Donato Tramuto, CEO of Tennessee-based Tivity Health, who is a board member at both SPH and Sharecare. The two have been planning this partnership in earnest since January.

“Early on, Sandro identified environment as being as important as genetics and lifestyle in one’s well-being,” Arnold says. “I got excited about how to bring that to life.”

School of Public Health Will Crunch the Data on Well-Being