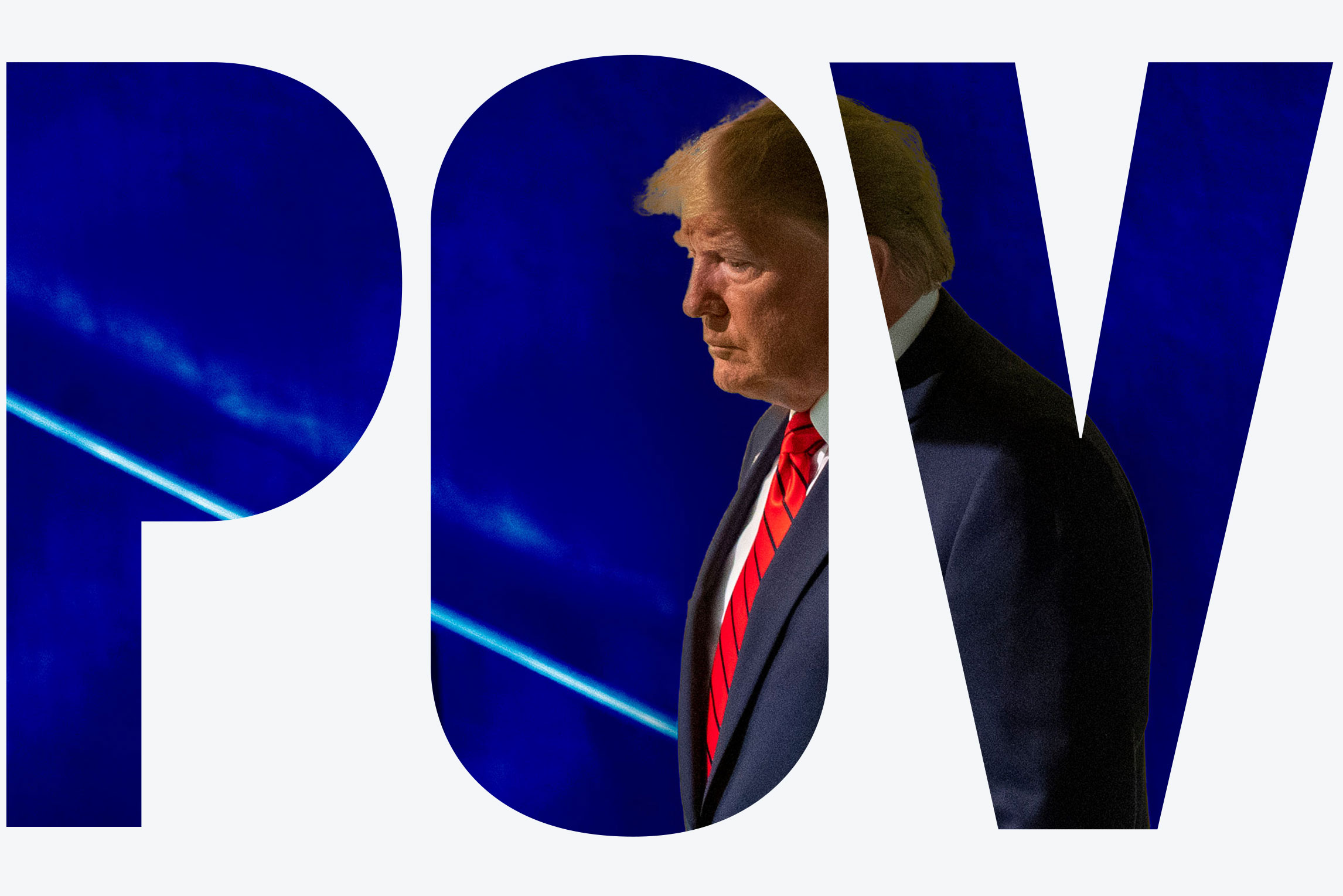 It’s necessary to “protect the spirit, integrity, and security of our democracy”

President Trump and his administration have committed multiple deceitful offenses and infractions that are worthy of impeachment proceedings: obstructing justice by interfering in investigations, threatening to persecute political opponents, attacking our pivotal institutions of the press and the Department of Justice, abusing the power of the Office of the President, and now, pressuring a foreign power to dig up dirt on a major presidential candidate and political opponent.

The last one should be the last straw.

On September 25, Speaker of the House Nancy Pelosi announced plans to launch a formal impeachment inquiry against Trump after a formal complaint by a whistleblower became public. The whistleblower, later revealed to be a CIA officer, cited a July 25 phone conversation between Trump and Ukrainian President Volodymyr Zelensky, in which Trump asked Zelensky for help digging up dirt on former vice president and current political rival Joe Biden and his son, Hunter Biden, who had served on the board of a Ukrainian energy company.

Pelosi said in her announcement that the president’s actions were “a violation of the law” and that the actions of the Trump administration have “undermine[d] both national security and our intelligence.” Announcing that six House committees may proceed with their investigations, she firmly and unequivocally stated: “The president must be held accountable. No one is above the law.”

According to the complaint, the president pressed Zelensky to investigate his Democratic political rival after talking about American aid, and after withholding about $400 million in military aid, to Ukraine. The whistleblower says that Trump stated in his call to Zelensky, “Whatever you can do, it’s very important you do it if that’s possible.”

Her announcement came after months of turmoil within the ranks of House Democrats on whether or not to initiate impeachment proceedings. This week, US Rep. John Lewis (D-Ga.) (Hon.’18) announced his support for impeachment, stating, “We cannot delay. We must not wait. Now is the time to act… We will never find the truth unless we use the power given to the House of Representatives and the House alone to begin an official investigation as dictated by the Constitution.” He concluded, “The future of our democracy is at stake.” Rep. Adam Schiff (D-Calif.), chairman of the House Intelligence Committee, said that if the White House refuses to cooperate with Congress, “it will strengthen the case on obstruction.”

Currently, with a new poll finding growing support among the public for impeachment proceedings, all but 12 House Democrats support an impeachment inquiry.

Several legal scholars have also argued that the president’s actions are a basis for impeachment. University of North Carolina Law professor Michael Gerhardt has said that Trump’s call “was an abuse of power because he used his position to benefit himself and not the country.” When asked about a possible Trump impeachment earlier this summer, Harvard Law scholar Laurence Tribe stated in a Washington Post story that the power of impeachment is a “vital constitutional safeguard against a potentially dangerous and fundamentally tyrannical president.”

After witnessing years of devious behavior from the president and his administration, I support Pelosi’s decision and believe that proceeding with a formal impeachment inquiry is the right thing—to hold the president accountable for his actions and to protect the spirit, integrity, and security of our democracy.

Many Republicans will doubtless argue that this move toward impeachment is strictly political. Many on the right, including the president, have resorted to calling this whole process a “witch hunt” or “presidential harassment.” However, the Republicans on Capitol Hill who argue that there are no criminal offenses by this president and his administration are blindly following their own partisan tendencies to hold on to their seats and please their base. The Republican Party’s tendency to follow this president at every turn is evidence that the vision and integrity of the GOP has all but faded; it’s no longer the party of Lincoln, Eisenhower, and Reagan. It is now simply the party of Trump.

A formal impeachment inquiry is essential for the future and health of our democracy: by holding the president and administration accountable, and investigating any wrongdoing, we will ultimately preserve and protect the kind of America our founders envisioned—a balanced government with a free, fair, and functioning democracy and election system.

In the coming months, we’ll likely see tremors and aftershocks coming out of Washington, D.C. However, I am confident that we, the people, will rise triumphant, knowing we held the president and our elected officials accountable for their actions.

There are 2 comments on POV: Why a Formal Impeachment Inquiry Makes Sense

POV: Why a Formal Impeachment Inquiry Makes Sense
2
share this