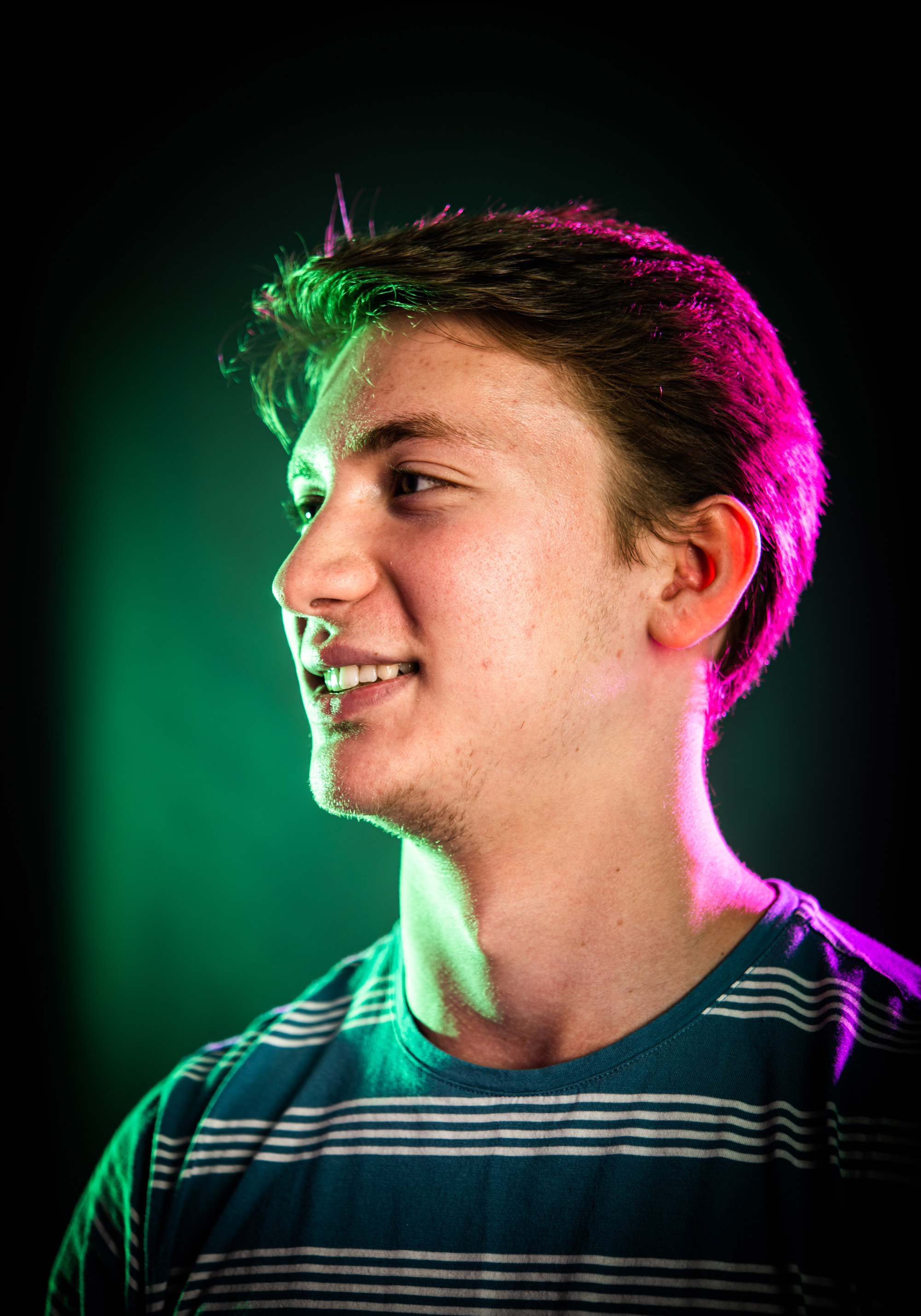 Through a New York nonprofit, Wesley Perler has chauffeured people with disabilities on a tandem bike, while lending his business acumen to expand the group’s reach.

Meet the Class of 2023: Wesley Perler

Who are BU’s newest Terriers? The 3,186 entering freshmen hail from 42 states and 53 countries, a quarter of the class comprises international students, and nearly 20 percent are from underrepresented minorities. But those are just numbers. To give you a more personal glimpse, we introduce you this week to three members of the Class of 2023.

That imaginative leap wrings sympathy from an avid cyclist like Perler. He’s worked the last two summers for the Manhattan nonprofit InTandem, giving chauffeured recreational rides on two-seater tandem bikes in Central Park to blind people and those with other disabilities.

And because he’s an equally avid entrepreneur, the Questrom School of Business freshman spied a potential marriage of his business savvy and human compassion. Perler also worked as a marketing strategist for InTandem, helping the business with his “bicycle billboards.”

That sort of innovation dates to his high-school hockey days. When his team needed to fundraise from local businesses to pay for a trip to Germany, he got tired of asking for money. “I thought, well, create something of value and somebody will pay for it,” he says. That’s how he got the idea of putting a three-by-four-foot sign, advertising for a business that would pay, on a trailer hitched to his bike.

Perler’s first bicycle billboard had been for Pork Belly Ventures, an Iowa charter group providing services to cyclists participating in an annual weeklong trek across the Hawkeye State. “I pulled the billboard for the week,” he says, while riding in the 2016 event. “It was great exposure for them, because 30,000 people do this ride.” He did follow-up billboards for local businesses in New York and Massachusetts, donating money he made to the American Cancer Society and the Red Cross.

The tandem is an amazing thing for people that can’t ride on their own.

While training as an InTandem captain (the front-seat person who steers the bike), he learned that the group was looking for ideas to expand its work. “Central Park—this is a great area for advertising for anything, but especially for InTandem. There are tons of cyclists that might be interested in becoming captains,” he remembers thinking. The nonprofit jumped at his offer to design a billboard, which it now tows around the park.

Among the riders that Perler drove around the park is Zakarai Schneider. The 15-year-old was born with several intellectual and physical disabilities, including Down syndrome. An early fall while learning to ride a bike “made him afraid to try again,” Zakarai’s father Mark says.

Enter Perler, who took off with Zakarai on his tandem. “It worked like a charm,” Mark Schneider says, “with Zakarai grinning from ear to ear.  Wesley demonstrated leadership in helping Zakarai, a disabled peer, to another world of opportunity and fun he would otherwise not have experienced.”

Perler, who lives in Connecticut, has cycled his entire life, following in his parents’ footsteps—er, pedals. Perler plans to study finance and accounting, and it’s fair to say he owes his very existence to BU, as both of his parents are alums and met at BU during their first week of freshman year in Warren Towers.

“Once I was born, they’d put me in a trailer behind the tandem and pull me,” their son says. By age five, he was seated on a three-person bike with his folks. But he noticed in high school that tandem-ing was not exactly a big pastime with kids. Perler began preaching the tandem gospel, he says, “going to kids’ summer camps and giving presentations…explaining the bike and then giving them the chance to ride on it.”

In particular, he evangelized at camps for special needs children. “The tandem is an amazing thing for people that can’t ride on their own,” he says. After all, if you can pedal, you can ride a tandem bike, sitting in the back and leaving the steering and braking to the captain. What could be more fun than that?

Meet the Class of 2023: Wesley Perler

Meet the Class of 2023: Junia Janvier

There is 1 comment on Meet the Class of 2023: Wesley Perler