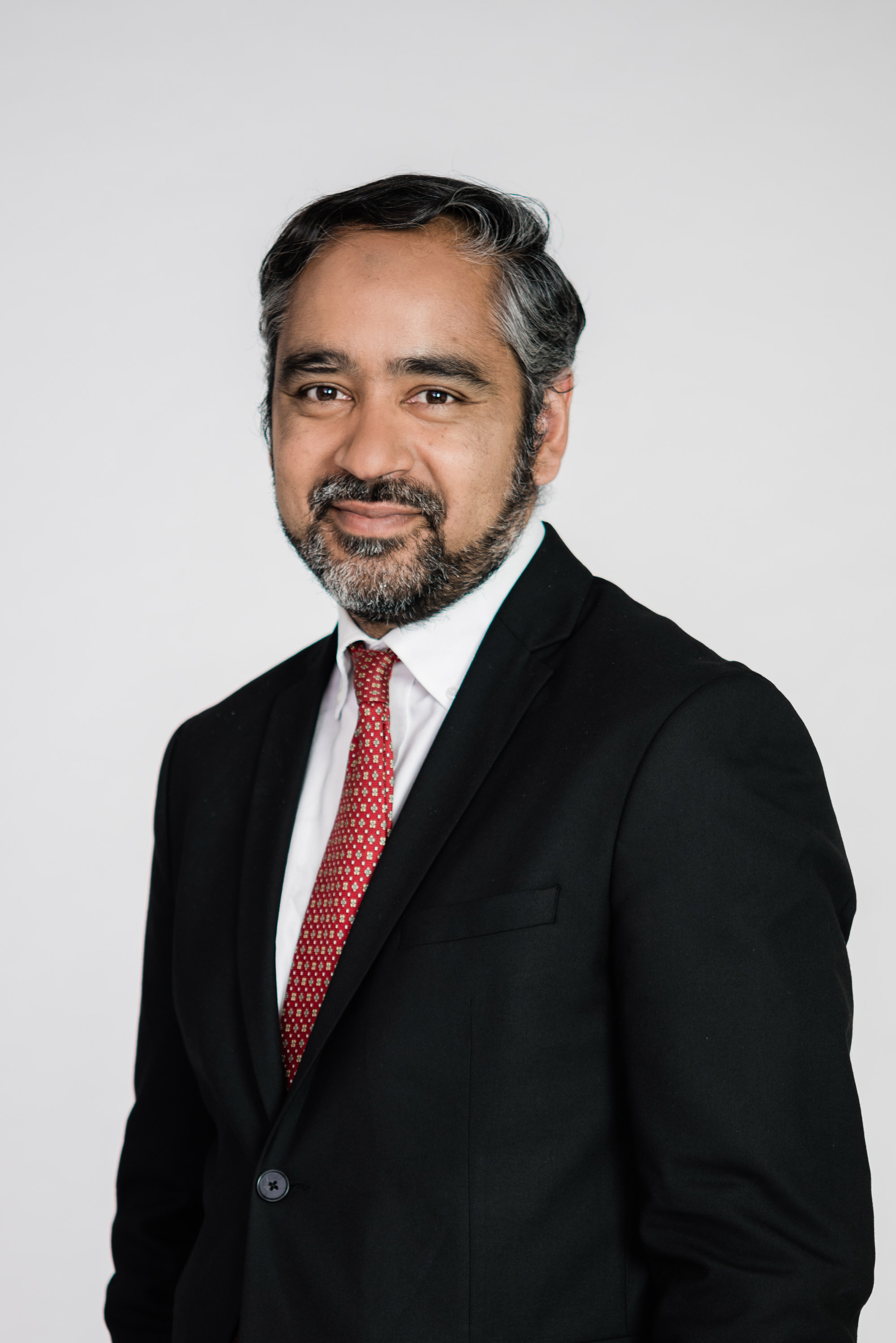 Last year alone, more than 70 million people were displaced by war, persecution, and other causes, the most in nearly 70 years of tracking by the United Nations High Commissioner on Refugees. Muhammad Zaman wants passionately to find ways to reverse the trend and alleviate the suffering of refugees.

“That number we have never had at any time in human history, and the number continues to increase,” says Zaman, a College of Engineering professor of biomedical engineering and of materials science and engineering and a Howard Hughes Medical Institute Professor.  “An argument is that one reason we have fewer interventions or poorly thought-out interventions is that people like me, in engineering and the sciences, are not part of the equation.”

Tomorrow, October 23, Zaman will address the issue when he delivers the 2019 University Lecture, The Quest for Ethical Solutions for the Global Refugee Crisis at the Tsai Performance Center. Admission is free and the public is invited.

Zaman’s research is focused on the integrated chemical, biological, and mechanical bases of tumor growth that precedes metastasis. But his research has expanded to include developing computational and experimental tools to improve education, medicine, and overall quality of life in the developing world, especially since he came to BU in 2009, after stints at MIT and the University of Texas at Austin. His interest in social justice began when he was growing up in a middle-class family in Pakistan. His parents were both academics, and he says his social conscience was shaped by his father’s death when he was 10, the gender discrimination his mother subsequently faced in Pakistan’s patriarchal society, and the upheaval he witnessed because of the influx of refugees from the Russian invasion of Afghanistan.

He and his lab have worked closely with BU’s Center for Global Health and Development and with institutions around the world to develop cheap, easy-to-use computational tools and experimental methods for use in developing societies and among the displaced. Their efforts range from developing inexpensive and reliable ways to test for counterfeit and substandard pharmaceuticals to helping set up biomedical engineering departments at universities in Kenya, Zambia, Uganda, Ghana, and Ethiopia. He and colleagues also founded the Initiative for Interdisciplinary Approaches to Forced Displacement here at BU.

BU Today spoke to Zaman about his work, the global refugee crisis, and what everyone can do to develop solutions for one of the world’s most vexing problems.

BU Today: The title of your University Lecture extends beyond your work on public health, suggesting that there are solutions to the vast and complex refugee problem. What is it about this crisis that speaks to you personally?﻿

Zaman: One, it’s a reflection of what we’ve been doing recently, where our work has been going. Two, it is basically a call to action for what universities and all of us should think about in terms of one of the grandest challenges of our time, forced migration. And three, it’s a conversation starter about an important issue that is very dear to me. This is something I’ve been thinking about for a very long time. It has been a part of who I am. It took me quite some time to combine my personal passion and my research together.

How does that bring you to the point of this talk?

The intent is to build off our engineering and public health work and ask: are these solutions ethical? Are they making a change? If we do come up with solutions—be they economic, political, scientific, engineering, or public health—how do we make sure they are ethically grounded? That’s very important for the University, it’s important for us as researchers, and it’s certainly important for the community at large that wants to contribute. Can we make sure that these research efforts continue to make a positive impact? But just as we are worried about creating positive change, is being on the sidelines ethically appropriate?

I think that’s exactly the reason more people—more engineers, more scientists, and not just people in law enforcement and policy—need to get involved. By the same token, we need to work with humanists and social scientists, because I think there is also the danger of hubris in engineering, thinking that we can hack our way out of the problem, which is naive and dangerous.

With the acceleration of climate change and the rise of authoritarian regimes, this moment seems to be very much  a time of crisis. Are they related?

Part of the reason to talk about this now is that it is actually here and now and not in some far-off land whose name we cannot pronounce correctly. This is happening south of the border in the United States as well as in Venezuela. Climate change is very much a part of this conversation too. Our work in Yemen, for example, which we have recently started with UNICEF, is looking at how you help people in a situation where they are already stressed because of climate change and long-standing drought, and then there was a conflict that broke whatever infrastructure they had left. Climate change is, in a way, the first driver of many of the problems we are talking about. If we don’t do anything to change it, we are going to be worse off. The trajectory is such that more and more people will be affected. It will continue to get worse unless we change the course, because the natural trajectory is toward greater disorder.

Isn’t it unusual for a researcher like you,  who is so deeply immersed in hard science—the test-tube work, if you will—to also be involved in the societal aspect?

It’s partly the environment I grew up in and how it shaped me. I was born in 1977 and grew up in Pakistan in a time when there were lots of refugees, about two million of them, when they were basically scapegoated for everything that went on in the country that wasn’t pleasing to people. And the xenophobia and the racism continue. And I grew up in a family with a mother and two older sisters and also saw how hard it was for hard-working women to face issues of systematic biases, misogyny, and other barriers to progress. That in many ways shaped my strong feminist ideals.

I started out as a test-tube sort of scientist, to borrow your phrase, and over the years had this nagging feeling that I needed to give back to my people—and that doesn’t mean Pakistan here, that means people in countries anywhere who have faced multiple assaults of colonialism, of corruption within their system, of poor governance, systematic abject poverty. I wanted to give back. I saw it as my responsibility. And I consider myself fortunate to have an education and a career where I can give back. I wanted to make an impact on communities, which meant that I had to go beyond the lab to create that.

Your forthcoming book, Biography of Resistance: The Epic Battle between People and Pathogens (Harper Wave, April 2020), looks at the rise of antibiotic-resistant superbugs and what we must do to address this growing global health crisis. How does this relate to the plight of the displaced?﻿

Refugees live in collapsed systems—because of economic reasons, as in Venezuela, or because of conflict, as in Syria or Yemen—and those places are the ideal breeding ground for superbugs. There was an article in “Lancet” a few days ago talking about the Middle East as “a perfect storm” for antimicrobial resistance. Wars and conflicts have fueled this whole issue, driving people out of their homes and out of their stable health systems into places where water and sanitation are a problem, where access to medicines is hard.

What would you say to ordinary people, students and others, who don’t have scientific expertise, but who want to address these problems?

I know the news is awfully depressing and demoralizing, but we have a responsibility to those who have fallen on hard times. Awareness is the first thing. Awareness can be very empowering. We cannot be bystanders—that is just not acceptable. That person can be a political scientist or a theater major or a linguist and can contribute in their own way. They should try to recognize how powerful they are. Despite the current situation, the global misery, this should be a call to arms instead of falling into the deep throes of depression. Be a part of the effort, individually, collectively, whatever. Because these people deserve dignity and health and happiness like you and I do.

Admission is free and open to the public.

There is 1 comment on 2019 University Lecture: Muhammad Zaman Will Address the Global Refugee Crisis