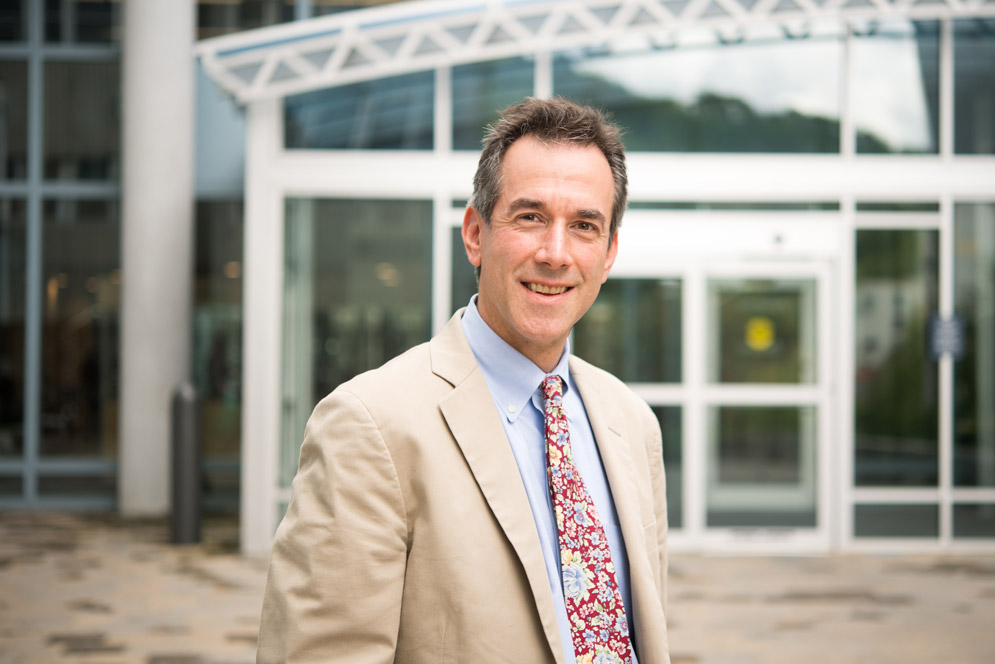 Andrew Budson, a MED neurologist who specializes in treating patients with memory disorders, has written a book that can help with distinguishing between serious memory warning signs and normal lapses. Photo by Cydney Scott

It took you half an hour to find your keys this morning. You forgot the name of a longtime colleague at a meeting yesterday. You got lost driving to a friend’s house last week—it’s true that you were more focused on NPR than the road, but you’ve made that drive countless times and you should be able to do it on autopilot.

Relax. All of these memory lapses are related to normal aging, says Andrew Budson, a School of Medicine professor of neurology, who specializes in memory disorders. They can happen to anyone. 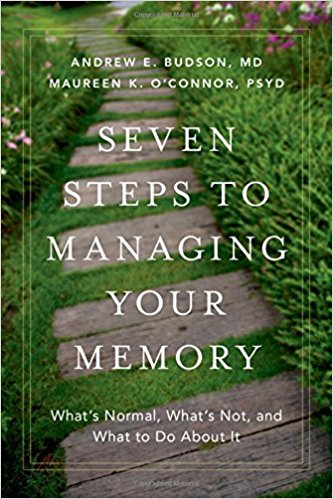 Because we live in an age of multitasking and distracted attention, says Budson, we need to pay careful attention to form and retrieve memories. In his latest book, Seven Steps to Managing Your Memory—What’s Normal, What’s Not, and What to Do about It (Oxford University Press, 2017), coauthored with Maureen K. O’Connor, a MED assistant professor of neurology, Budson writes that not paying sufficient attention is the main reason that healthy people get lost while driving to a familiar place or have trouble remembering names or where they put their keys.

Budson, director of the Alzheimer’s Disease Center Education Core and associate chief of staff for education at the Veterans Affairs Boston Healthcare System, wants to help people worry less about their memories—and understand more about what’s happening inside their brains and what they can do about it. His book is intended to help lay readers recognize signs of memory problems that are more than just part of normal aging. He describes the markers of mild cognitive impairment, dementia, Alzheimer’s, and other neurodegenerative diseases and emphasizes the importance of getting tested as early as possible if these markers are present.

The book also gives advice on how to discuss memory problems with your doctor. Budson explains how a doctor can evaluate memory and discusses what therapies are available to improve memory—and what things don’t work. With the currently available FDA-approved symptomatic medications—such as donepezil, available as a generic and as the brand Aricept—he says he can “turn back the clock” by 6 to 12 months to improve memory in patients with Alzheimer’s.

What doesn’t help, he says, are brain training games, crossword puzzles, and Sudoku; there isn’t enough evidence to show their effectiveness. Do them if you enjoy them, he says, not because you think they’re going to improve your memory.

“I’m trying to help people with the fear of Alzheimer’s disease,” Budson says. “The first thing people should know is that some memory problems are due to normal aging. The second thing is that many memory problems are due to things that are easily treatable and correctable, such as vitamin deficiencies and thyroid disorders, medication side effects, or even an infection.”

BU Today talked with Budson about his book, the “magic bullet” he recommends for brain health, strategies that can improve memory, and why it’s important to have a positive attitude about aging.

BU Today: What is the difference between normal aging-related memory problems and abnormal problems?

In abnormal memory, in a memory lapse that could be due to Alzheimer’s disease, the key finding is that there is a rapid rate of rapid forgetting. Information that was initially stored can’t be retrieved, even if you give a hint or a clue.

I want to stress that just because the memory is abnormal doesn’t mean it has to be due to Alzheimer’s disease. One reason we want people to come and see us in the clinic is that memory problems can be due to something simple that can be easily treated.

What are some questions you get asked most frequently about memory?

Unfortunately, I don’t think we can prevent memory problems, but I do think that the evidence is we can delay them with aerobic exercise and some other activities. The other things that are very important include staying socially active and keeping a positive mental attitude. When one has a positive attitude about aging and life in general, one tends to take better care of oneself.

Why do you recommend the Mediterranean diet—heavy on fruits and vegetables, fish, olive oil, avocado, nuts, beans, and whole grains and with red wine in moderation?

We’re not sure how it works, but it’s the only dietary change that has been shown to help people’s memory compared to a controlled diet. One way it helps the brain is by reducing risk factors for stroke, such as high cholesterol and diabetes. As we write in the book, not all studies support the idea that the Mediterranean diet is good for cognition and reduced risk of memory loss, but many studies do, and none of the studies reported any side effects that would caution against adopting such a diet.

Sleep can be tied up with memory problems. The first reason is obvious: if you’re tired, it’s hard to pay attention and if you can’t pay attention, you’re not going to remember things well. The second reason is that we now know that memories go from short-term storage to long-term storage when we sleep. If we don’t get enough sleep, we’re not going to be able to hold on to our memories for a lifetime.

What are some of your strategies for remembering names—and other things?

Difficulty remembering names is something that everyone struggles with, whether they have normal memories or early Alzheimer’s. It really works to say the person’s name back when you meet someone. They say, “Oh, hi, my name is Sara,” so you say, “Oh, hi, Sara, it’s nice to meet you.” Then you can think of an association you have with that name: “Oh, Sara, I can remember that because it’s Abraham’s wife in the Bible and my Hebrew name is Abraham.” It’s really amazing how well these types of strategies work.

What other strategies for remembering things have you been testing in your lab?

Some of the research we are working on now shows that if someone works at being more mindful and really paying attention to the information they’re trying to remember, they’re going to remember it better.

Another finding is that if there is a piece of information you want to remember, think about that information in a way that it personally relates to you. This can also be applied to people’s names.

We’ve also shown that healthy older adults and patients with mild cognitive impairment can improve their memory by using mental imagery. For example, if someone’s name is Rose, you can remember their name by imagining a rose on top of their head.

You write that you’re optimistic about future treatments that may slow down the progress of Alzheimer’s and that it’s important for people to not be so afraid of it that they avoid treatment.

There is a lot we can do for individuals who have Alzheimer’s disease today. Sometimes the knowledge that somebody understands what’s going on can be extremely empowering and helpful to families in terms of coping with everyday life. There’s no doubt that people can live in their homes longer if they figure out what’s causing their memory loss early and have it treated with medication and if they exercise, eat right, use strategies for remembering, and get help from friends and family.

It’s never good to have any disease, but if you have Alzheimer’s disease there is no better time to have it. In addition to the standard FDA-approved treatments, there are more drugs in clinical trials than ever before—more than 100 different compounds. Most of the compounds being developed are aimed at slowing down the progression of the disease.

At any one time, there are five to a dozen clinical trials going on that the majority of individuals diagnosed with mild cognitive impairment or mild Alzheimer’s dementia can get into. That’s another reason to come into the clinic early.

I don’t want people to be sitting at home, becoming isolated, worrying about their memory, not wanting to be with friends and family because they’re worried people will notice their memory problems and then they would feel embarrassed. Just like you wouldn’t hide from someone that you have another disease—high blood pressure, say, or diabetes—it’s important not to hide from family and good friends that you are suffering from a memory disorder, even if that disorder is Alzheimer’s disease. If someone is going to shy away from you because you have Alzheimer’s disease, maybe they’re not such a good friend.

There are 5 comments on Can’t Find Your Keys? Don’t Panic