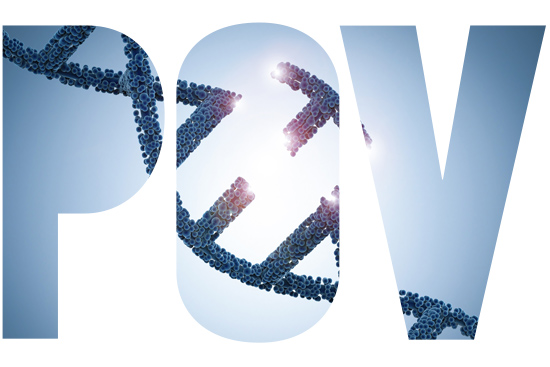 How is it consistent with either science or ethics to permit a conference on human gene editing to be hijacked by a rogue researcher who is unwilling (or unable) to present evidence that his experiment has actually been done, and to make his data available to scientists and the public? I don’t know what the organizers of the second International Summit on Human Genome Editing conference were thinking by quickly reconstructing their meeting around potentially fake science and commercial hype.

In Hong Kong, scientists attending the summit were quick to condemn the rogue CRISPR experiments claimed by Chinese physicist He Jiankui, but nonetheless perpetrated his claims by inviting him to make a solo presentation about his research. There, He told the assembled scientists that he had genetically altered human embryos by using CRISPR (clustered regularly interspaced short palindromic repeats) to edit out a gene, CCR5, related to HIV infection. According to his still-unconfirmed claims, the genetically engineered embryos produced the birth of twin girls, Nana and Lulu: the world’s first CRISPR-edited babies.

The ethics of the experimenter can charitably be described as substandard: the experiment was wildly premature, focused on a medical condition which already has both treatment and prevention methods; was done in secret, and without either peer review or adequate consent; and was done without any credible plan to protect the resulting children (and their children, and their children’s children) from harm.

At the first International Summit on Human Genome Editing, which was held in Washington, D.C., in 2015, scientists agreed that no attempt at making genetically engineered babies should be made until it is proven safe and there is a “broad societal consensus” that supports it. Neither of these conditions has, of course, been met.

How should we expect the public to react to the news of He’s research? For one, it could all be “fake science,” since we have not yet been introduced to either the babies or a scientific protocol. If it is a hoax, it is the most successful publicity stunt in the history of the world, and the most embarrassing fraud ever perpetrated by the scientific community.

Whether He’s claims turn out to be real or fake, the ethics of the scientists who invited He to defend his “research” as the centerpiece of this international conference deserve careful scrutiny. My own view is that giving He a legitimate scientific forum was the equivalent of giving a clown the opening performance of a classical music orchestra.

What were the organizers thinking?

The summit’s organizers could have been thinking that they could use He’s publicity stunt (real or fake) as a way to vastly increase their audience, and gain more publicity and notoriety for themselves and their organizations. They could also have been thinking that this would turn the spotlight away from the failures of science to police itself, and instead, emphasize that the claims represent the actions of a single scientist now condemned by the scientific “community.” But in trying to distance themselves from He’s experiment, mainstream scientists have invited the kind of public outcry they sought to avoid, an outcry that could lead to replacing good intentions and ethical codes with criminal law prohibitions.

We have been here before, and the subject of creating “designer babies” has at least a two-decade history of making the scientific community go off the rails. The National Academies of Sciences, Engineering, and Medicine, a cosponsor of the Hong Kong meeting, has been here before. In 2001, in the middle of the great human cloning debate following the birth of Dolly the sheep, the Academies held an entire meeting in Washington, D.C., showcasing the ludicrous human cloning proposals made by two marginal scientists and one rogue physician who used the meeting to gain international celebrity and an implicit endorsement from the Academies for their commercial enterprises. Needless to say, no cloned humans have ever been born.

If there is a third International Summit on Human Genome Editing in the works, it should be devoted to real ethics, law, and human rights, and to realistic approaches, including international treaties, designed to protect not just individual subjects of research, but the human species itself. We don’t need “scientific” meetings that showcase rogue researchers and thereby encourage mainstream researchers to push the limits of what they can do to humans.

Ultimately, the bottom line is the health and welfare of Nana and Lulu. He has made no public statement concerning how the twins will be protected from public and scientific exploitation.

On the contrary, the contract the twins’ parents were required to sign (a waiver of rights and an agreement not to disclose trade secrets), gives the researcher absolute control over the babies’ first photo and all monies obtained by publishing it. Perhaps this provision seemed uncontroversial to He in the context of the commercial and consumer ethics of the IVF (in vitro fertilization) industry, which sells the prospect of a “genetically altered baby” at virtually any cost.

We need a formal moratorium on the implantation of genetically modified embryos while we look deeper into what makes us human, and what effect human genome editing could have on the future of our species. These are not questions science alone can answer and not questions marketers, entertainers, or clowns even ask. The public needs to insist that the circus-like nature of cloning and germline gene-editing debates be replaced by thoughtful deliberation backed by enforceable norms. It’s time to take a human rights agenda for science seriously.

George J. Annas is a William Fairfield Warren Distinguished Professor, a School of Public Health professor and chair of the health law, bioethics, and human rights department, a School of Medicine professor, and a School of Law professor. He can be reached at annasgj@bu.edu.

POV: How Did Claims of CRISPR Babies Hijack an International Gene-Editing Summit?

There is 1 comment on POV: How Did Claims of CRISPR Babies Hijack an International Gene-Editing Summit?

POV: How Did Claims of CRISPR Babies Hijack an International Gene-Editing Summit?
1
share this