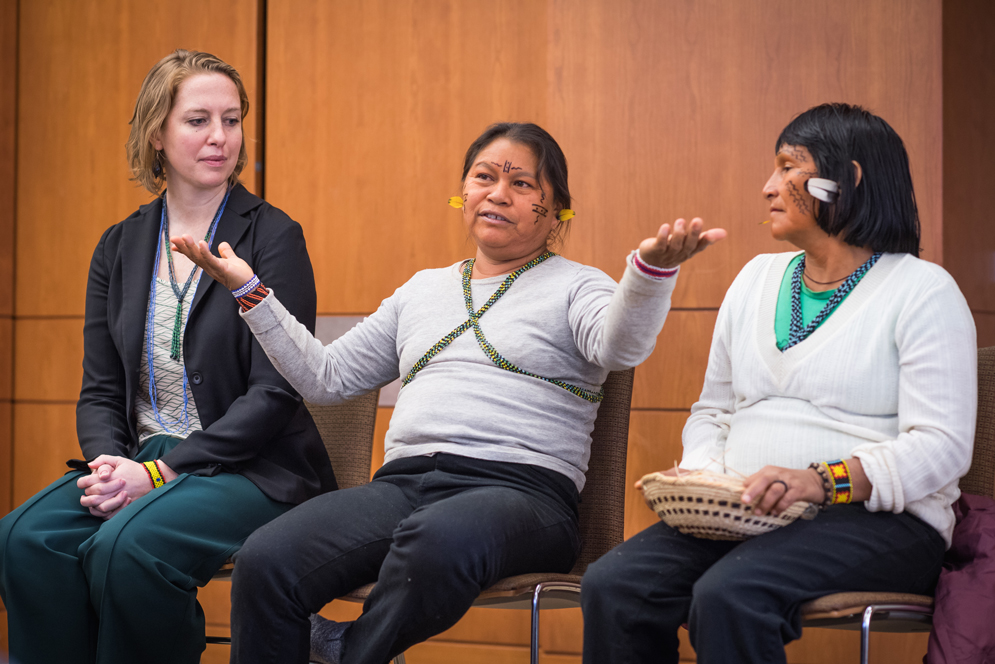 To meet the Yanomami indigenous people of the Brazilian rain forest, you could first fly to the city of Manaus, then catch a domestic flight to San Gabriel, then drive 55 miles of muddy forest roads to the tiny port of Southern Front on the Ya-Mirim River. There, you could board an aluminum skiff with an outboard motor for the seven-to-nine-hour upriver cruise to the remote northwest corner of the Amazon basin, near the Venezuelan border.

Or you could have come to Bay State Road in early December, when Floriza da Cruz Pinto and Maria de Jesus Lima, members of the Yanomami women’s organization Kumirayoma, visited the Frederick S. Pardee School of Global Studies to spread the word about their struggle to protect their land and culture from the damages of gold mining and to determine their own future.

“In spite of all the beauty where we live, the place that we call paradise, today paradise is under threat from many different directions, including the Brazilian government,” said da Cruz Pinto, founder and current president of the group. “I would like to say that it is a real mess.”

The Yanomami believe Amazon ecotourism could be an economic alternative to rampant illegal gold mining, which has had serious environmental and health effects and has attracted outsiders who bring violence, disease, and drugs. The invitation to BU was part of an agreement that Julie Klinger, a Pardee assistant professor of international relations, worked out with the Yanomami people while spending three weeks in the village of Maturacá this past summer with her research assistant, Bridget Baker (CAS’18). 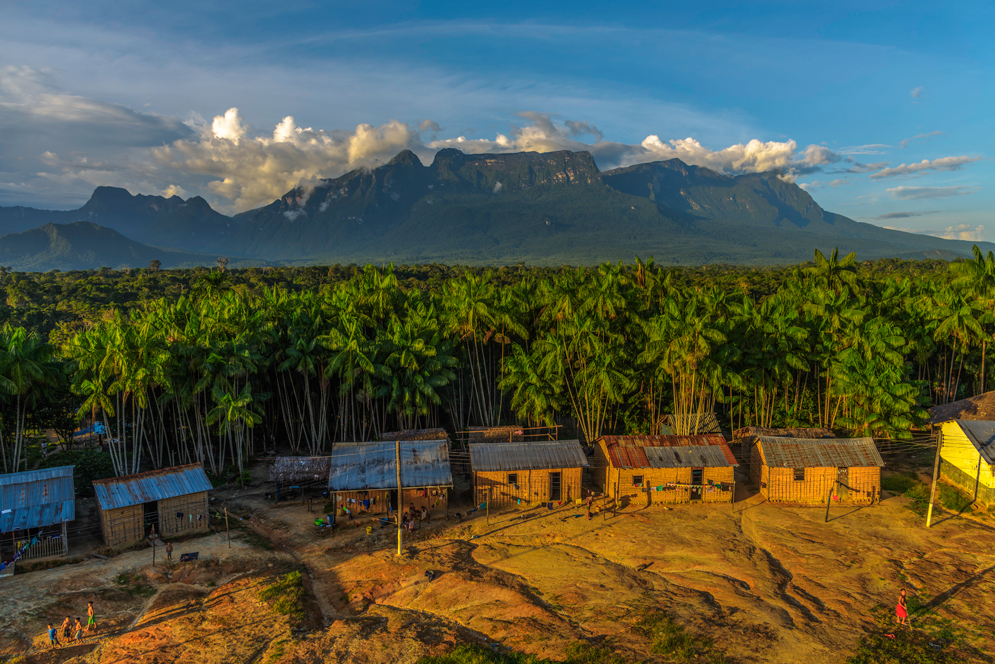 The Yanomami village of Maturacá, where Klinger and Baker spent most of their time in the rain forest. Photo by Marcos Amend

Klinger, who studies the complex politics around resource extraction in historically contested frontier regions, was one of the coordinators of a team of 11 experts, mostly Brazilians, assisting the Yanomami in planning to take climbers up the 9,800-foot Pico da Neblina (known as Foggy Peak), the tallest mountain in Brazil. 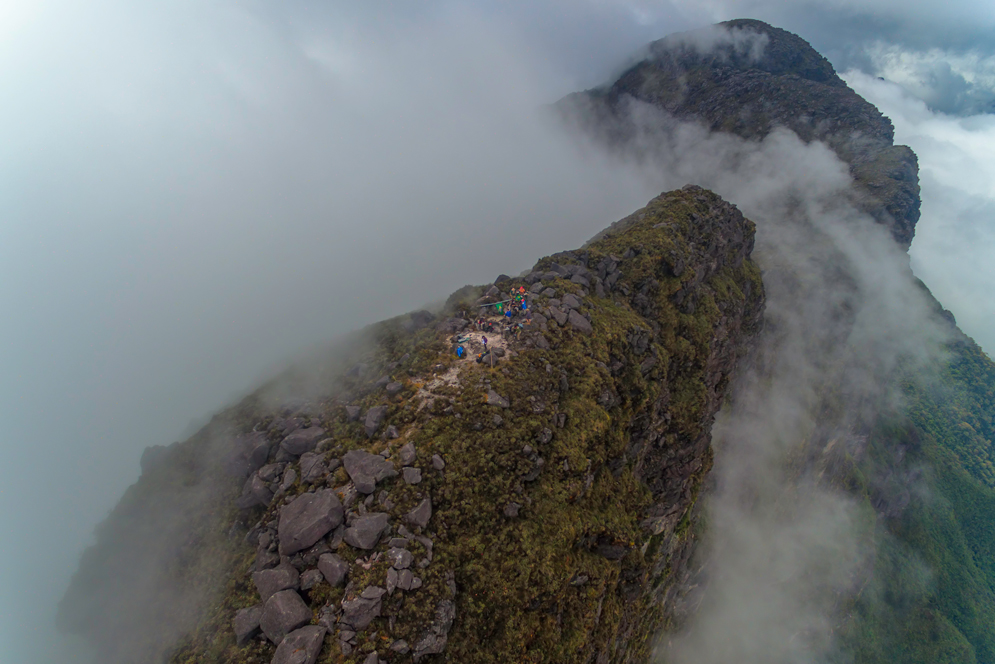 The joint Brazilian-BU experts with their Yanomami hosts and guides on the summit of Pico da Neblina, in this shot taken from a drone. Photo by Marcos Amend

Her summer visit was focused on a dry run, fully supported by guides and porters, to the summit. Along the way, the experts conducted environmental impact and economic feasibility assessments of such expeditions along traditional hunting and gathering trails.

After the eight-day hike, more than 800 people came from other villages to discuss the findings—and the terms of their collaboration going forward. Klinger expects to spend part of each summer for the next several years with the Yanomami, following their progress.

Klinger cooling sore feet in the Irokae stream during the hike from Pico da Neblina back to Maturacá (left). More than 800 Yanomami attended last summer’s annual multiday gathering that opened with traditional dances and included a discussion of the ecotourism plan (right). Photos by Bridget Baker

The first of several events for the visiting women had to be moved to a larger venue down Bay State Road, at BU Hillel, to accommodate the 150-plus people from Pardee and the wider BU community who wanted to attend. Da Cruz Pinto spoke in Portuguese, with Klinger providing English translation, about the Yanomamis’ long and ongoing struggle for self-determination, their hopes for the future, and the role of women in the community.

“The government has all of these laws, supposedly to protect the people who are born, live, and die there, but the government is undermining its own laws,” da Cruz  Pinto told students and faculty. And the government doesn’t provide basic health and educational services that are required, she said, despite claiming that it does.

“They think indigenous people don’t matter, but the feeling is kind of mutual,” da Cruz Pinto said. “We know that if these political leaders came to visit us in the forest, they wouldn’t know what to do. They wouldn’t know how to move through the forest or how to live.”

Da Cruz Pinto and de Jesus Lima were joined in Boston by two others from the summer trip, Brazilian biologist Marina de Vieira, a consultant with the Brazilian NGO Instituto Socioambiental, who has been supporting the efforts of the Yanomami, and Marcelo Leite, a science writer for Brazil’s largest daily newspaper, who had done the mountain hike. The Yanomami, they said, view their struggle in the context of wider questions about the fate of the Amazon basin and its impact on the global environment. 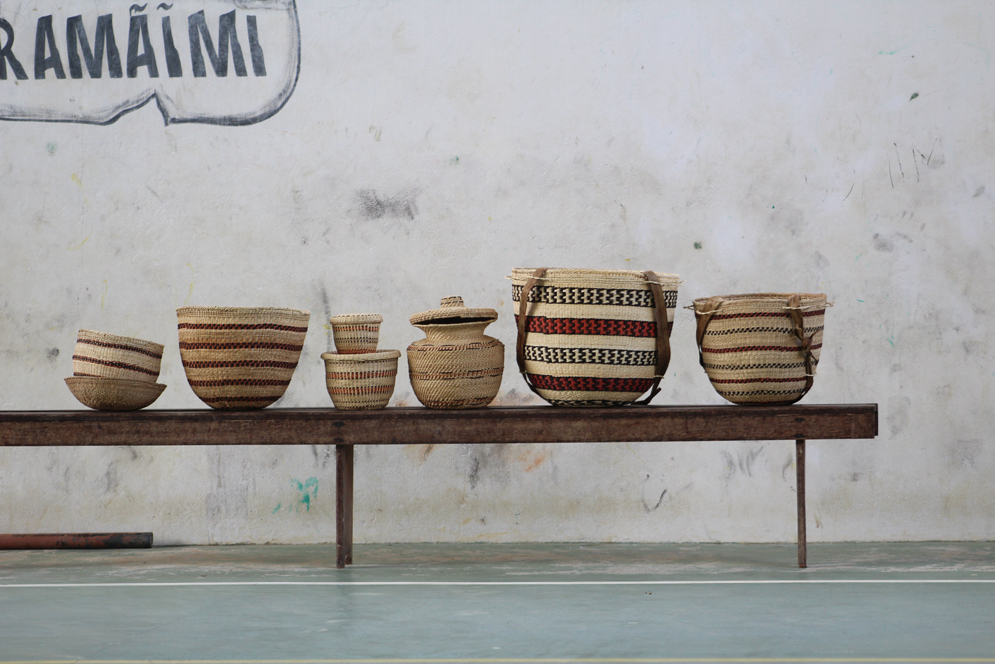 One source of income for the Yanomami is basket-weaving, using fibers and dyes made from native plants. Photo by Bridget Baker

“They understand their own survival as inseparable from the survival of humanity,” Klinger says, “because the forest only remains intact if the Yanomami are there, caring for it and living with it.”

Klinger initially heard about the Yanomami plan in 2014 when she was in Brazil researching her just-published book, Rare Earth Frontiers (Cornell University Press, 2017), which details the complex history and politics around mining rare earth minerals.

She is now creating a field course that will bring small groups of BU students and faculty to Brazil to work with the Yanomami. “Pardee School students who aspire to be leaders in making the world a better place will be better equipped to make important decisions if they spend time with indigenous people,” she says. “They need to understand that indigenous people are not our ancestors, that we are all here together in 2017, and we have to figure out how to live together on this planet.” 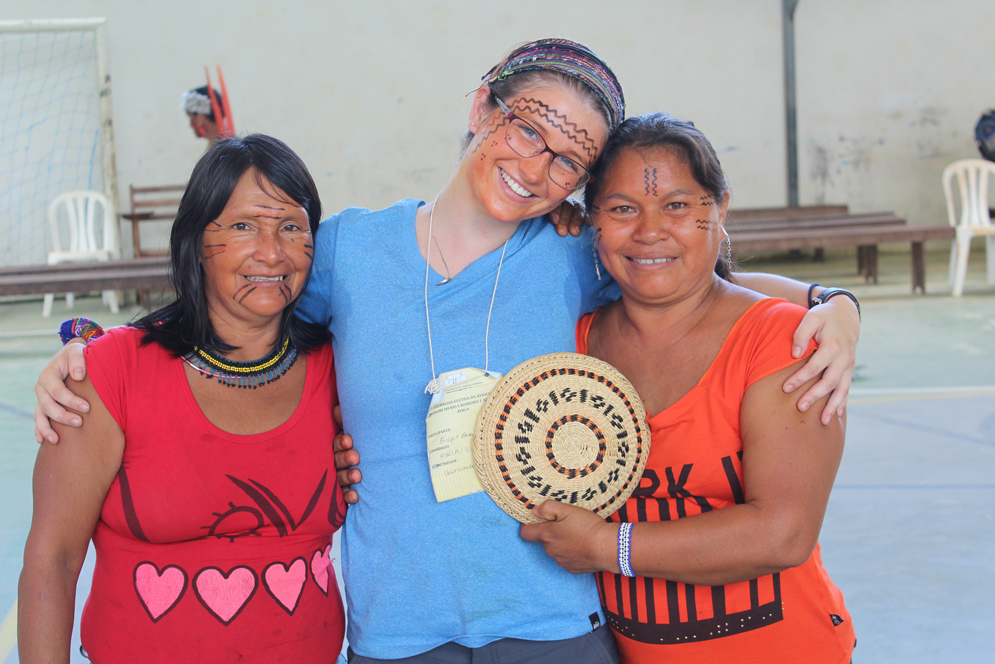 Some of them already do understand. Klinger says her shift from studying large-scale mining of rare earth minerals to community initiatives like that of the Yanomami was driven in part by feedback she got from students while teaching courses on sustainable development.

There are 3 comments on Yanomami Women Speak of Amazon Struggles