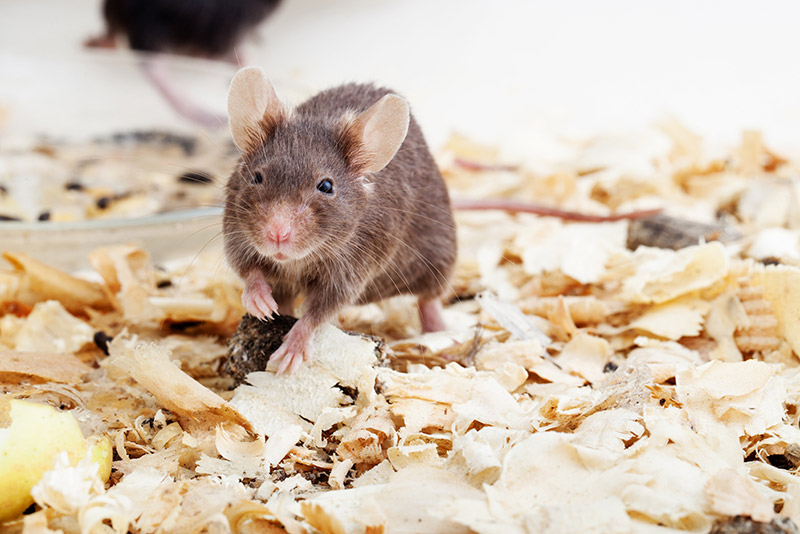 Researchers identified a gene in mice associated with binge eating and also found evidence that binge eating may alter myelin production in the brain. Photo by Stramyk/iStock

Researchers at the Boston University School of Medicine (MED) may have opened up new areas of inquiry into potential treatments for a neuropsychiatric disorder that affects millions of people in the United States. The BU scientists have identified a gene in mice that is associated with binge eating and have found evidence that binge eating may alter the makeup of proteins in the brain. Their findings were published in the May 1, 2017, issue of Biological Psychiatry.

Camron D. Bryant, a MED assistant professor of pharmacology and psychiatry, whose Laboratory of Addiction Genetics conducted the study, says recent technological developments, such as whole genome sequencing, have made it much easier to map genetic risk factors for addiction. He says the results of his research support the hypothesis “that there is a subset of genes that influences both some of the addictions and some of the eating disorders.”

The research used two strains of laboratory mice that are genetically similar, but not quite identical. Mice from each strain were known to behave differently with respect to addiction to alcohol and psychostimulants. Breeding the strains with one another for two generations and recording which offspring demonstrated binge-eating behaviors allowed the researchers to spot a clear causal link between genetic inheritance and behavioral variation.

“The behavioral difference was huge,” says Bryant. “One of the strains escalated in how much they ate, and the other didn’t change at all.”

Study coauthor Vivek Kumar, an assistant professor at the Jackson Laboratory, an independent, nonprofit biomedical research institution in Bar Harbor, Maine, had previously found a predictor of cocaine addiction in the same chromosomal region that Bryant’s group identified for binge eating. Both investigators found linkage with a mutation in the gene called cytoplasmic FMR1-interacting protein 2, or CYFIP2.

The researchers also found that binge eating coincided with a decrease in the transcription of a set of genes in the striatum, a component of the brain’s reward system. These genes are important in myelination, a chemical process that forms a sheath around a nerve fiber that speeds up the flow of nerve impulses.

“The decrease in transcription of myelination genes is not a risk factor associated with binge eating,” says Bryant. “It’s something that’s induced by the repeated cycles of binge-eating behavior. We think that this has relevance for neuropathology in the brain that is a consequence of repeated cycles of binge eating. The next step is to measure myelin proteins, the proteins that make up myelin in the brain.”

The findings suggest that restoration of myelin could lead to return of healthy eating behaviors in people with binge-eating disorders. Bryant plans to see if he can reverse behaviors associated with binge eating (anxiety, depression, compulsivity) by administering agents that promote remyelination and restore neuronal function.

“We’re at the point in mouse genetics where we can more efficiently map genes, and in humans where the sample sizes are rapidly becoming large enough to detect genome-wide significant associations,” he says.

Bryant cites the first genome-wide significant association for anorexia nervosa, reported in fall 2016 by Cynthia M. Bulik, a University of North Carolina School of Medicine researcher. “Results with other neuropsychiatric disorders such as schizophrenia, where hundreds of genes have been identified, suggest that we are just at the tip of the iceberg,” he says.

“These are exciting times for the genetics of eating disorders and the addictions. We’re at the stage where it’s really about to take off in terms of new discoveries.”

Michael S. Goldberg can be reached at michaelscottgoldberg@bu.edu.