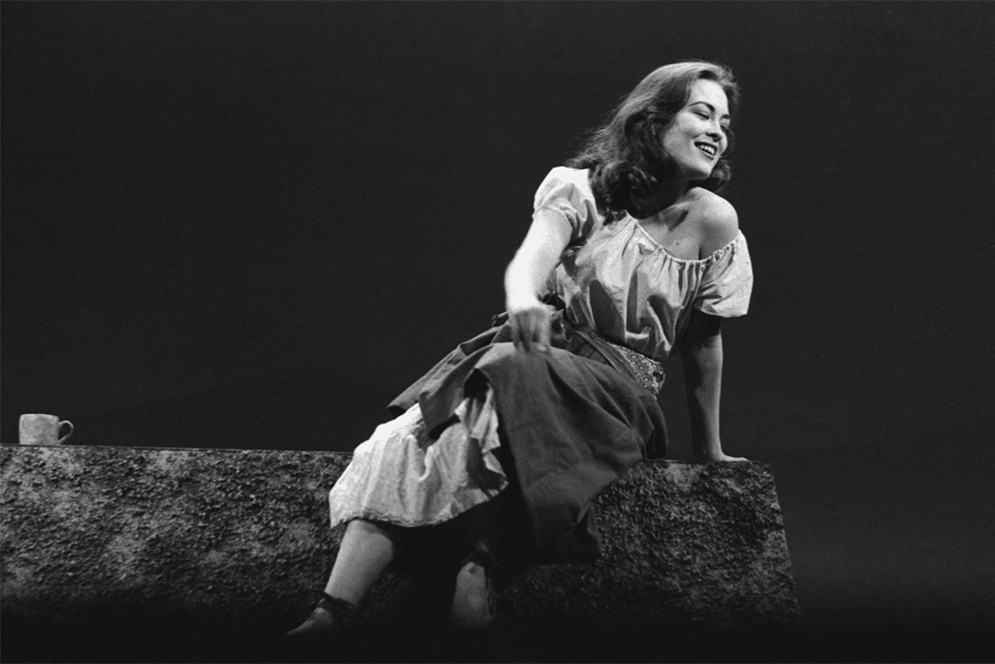 Faye Dunaway (CFA’62) has starred in some of the most iconic movies of the 20th century, including Bonnie and Clyde, Chinatown, and Network, which garnered her the Best Actress Academy Award in 1977. Here, Dunaway in a 1961 production of Yerma at the BU Theatre. Photo by BU Photography

Among the approximately 312,000 graduates of Boston University are a number of men and women who have distinguished themselves in their chosen profession. Writers. Athletes. Journalists. Scientists. Statesmen and theologians. Artists of all stripes. Each week this summer, we’re bringing you photos of five of these notable alums.

We begin with five celebrated actresses who got their start right here on Comm Ave. 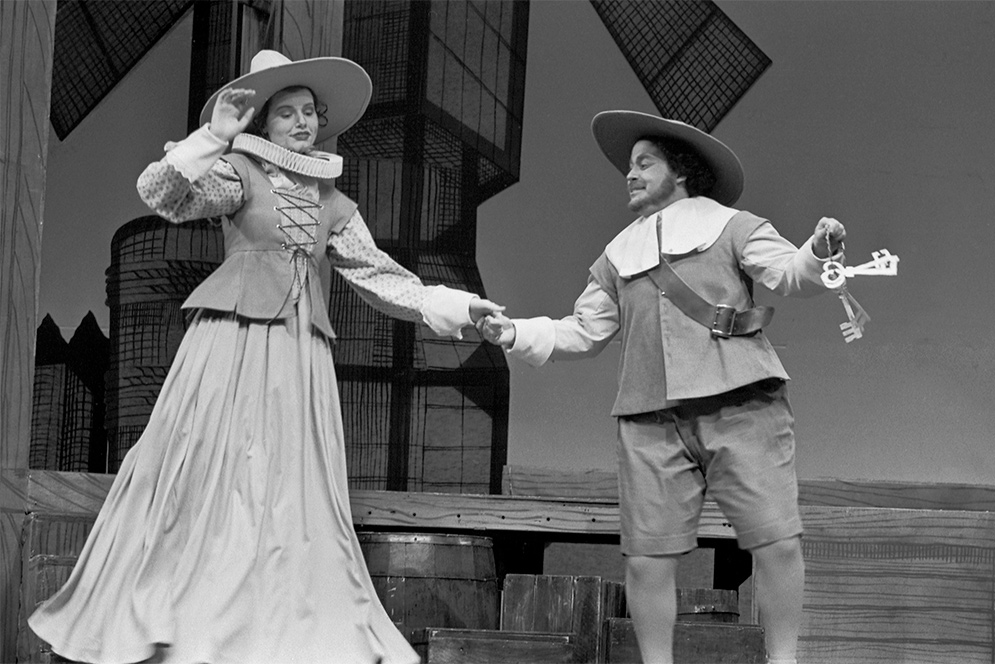 Geena Davis (CFA’79, Hon.’99) won the Best Supporting Actress Academy Award for her performance in The Accidental Tourist in 1989. She went on to star in Thelma & Louise and A League of Their Own before founding the Geena Davis Institute on Gender in Media. Davis stars in the upcoming Fox television series The Exorcist, a reboot of the 1973 horror film. Davis, here in a 1977 production of Knickerbocker Holiday at the BU Theatre. Photo by BU Photography 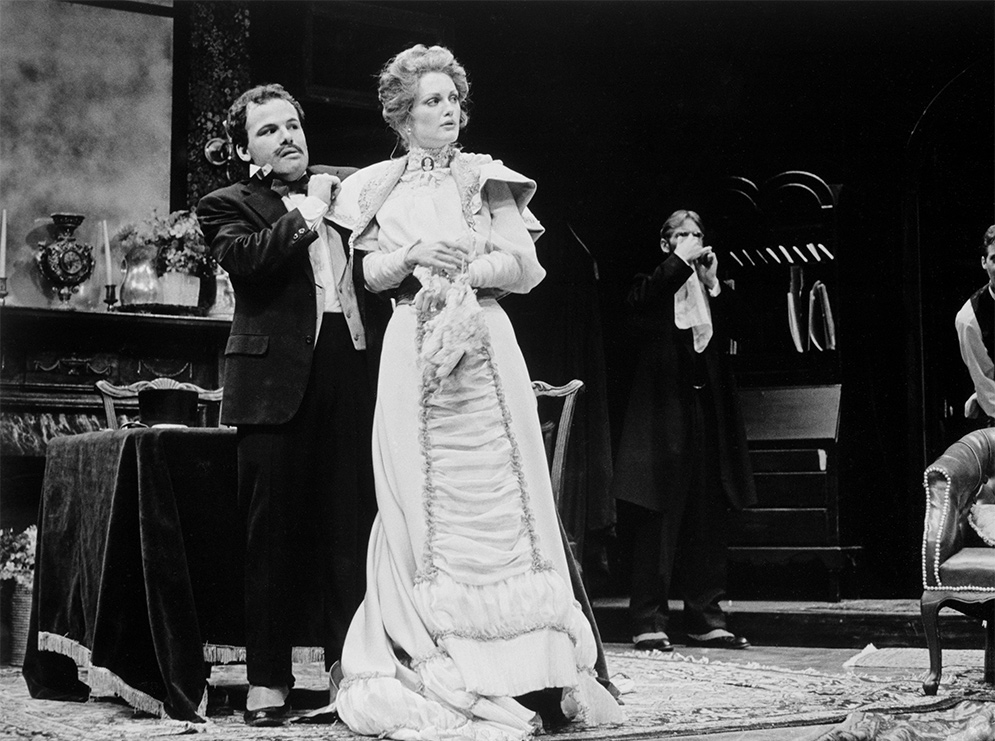 Julianne Moore (CFA’83) has been nominated for four Oscars, winning best actress for her portrayal of a woman with Alzheimer’s disease in 2015’s Still Alice. Moore also won an Emmy for her portrayal of Sarah Palin in the 2012 television film Game Change. In this senior year photo, Moore appears in a student production of the French farce A Flea in Her Ear. Photo by Mark Morelli 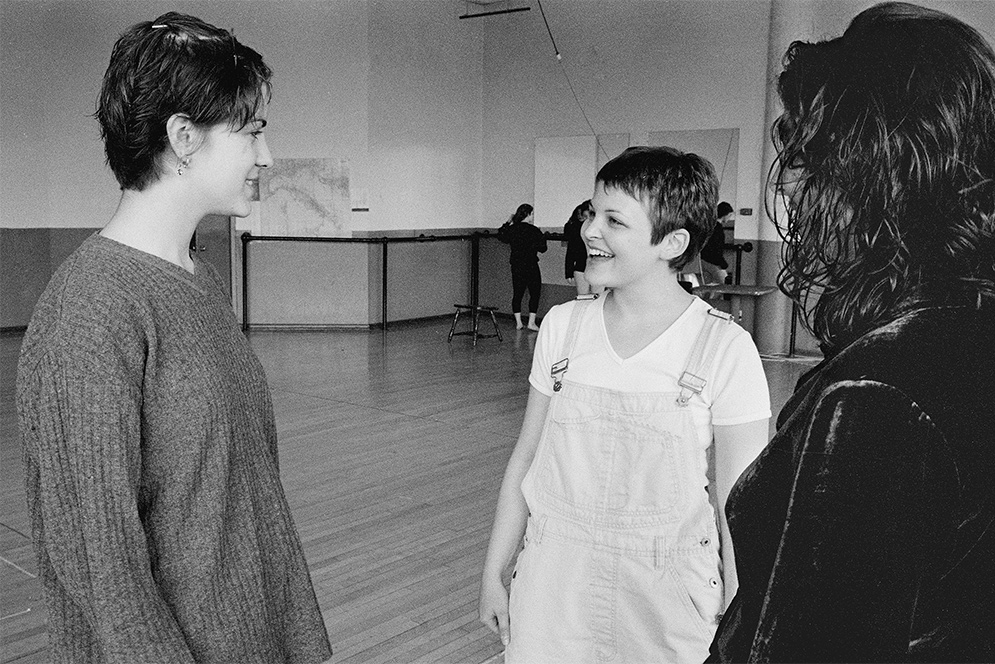 Ginnifer Goodwin (CFA’01) is best known for her role as Margene Heffman in HBO’s Big Love and as Snow White in the ABC series Once Upon a Time. She also voiced the lead character, Judy Hopps, in this year’s animated box office hit Zootopia. Here, Goodwin (center) in a 2001 combat class taught by Robert Walsh, a former CFA School of Theatre professor. Photo by Vernon Doucette 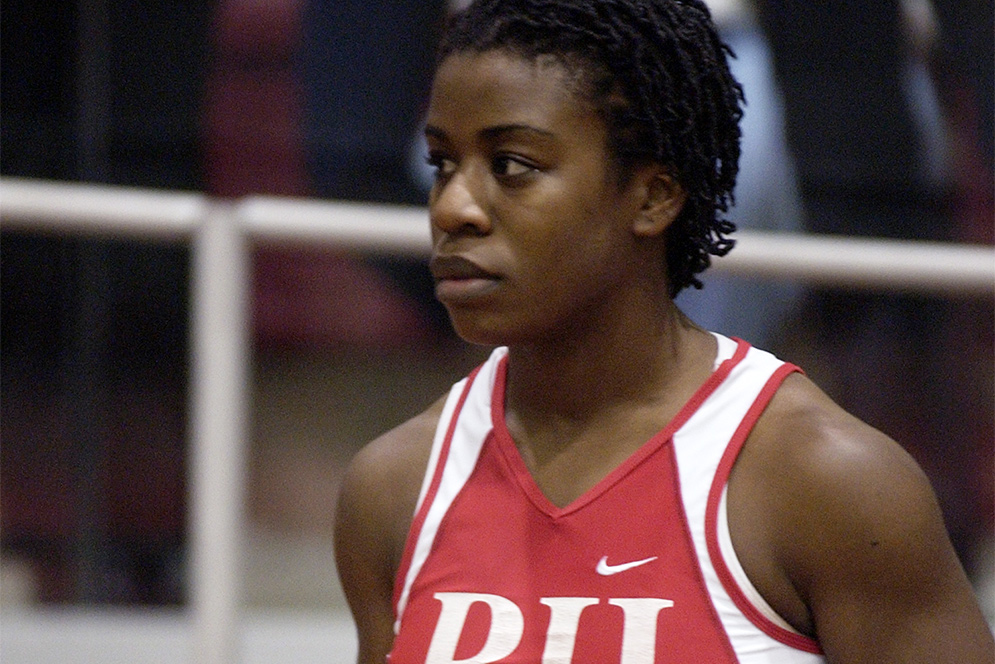 Uzo Aduba (CFA’05) was one of BU’s top sprinters long before she became famous for her Emmy-winning turn as Crazy Eyes on Netflix’s hit show Orange Is the New Black. Aduba, here in 2002, ran 55 meters in 7.07 seconds against a long-standing record of 7.03. Photo courtesy of BU Athletics

There are 8 comments on Five Famous Alums: Actresses