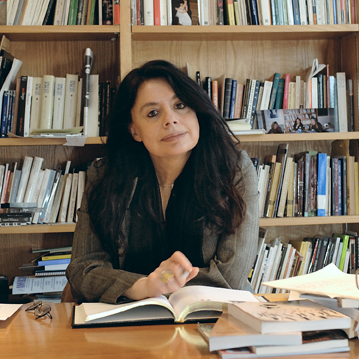 Alicia Borinsky is a fiction writer, poet and literary critic who has published extensively in English and Spanish in the United States, Latin America and Europe. Her most recent books are Low Blows/Golpes Bajos (short fictions), Frivolous Women and Other Sinners (poetry), both published bilingually, and One Way Tickets: Writers and the Culture of Exile (literary criticism). She is the recipient of several awards, including the Latino Literature Prize for Fiction and a John Simon Guggenheim Foundation Fellowship.  Her research interests include the theory and practice of literary translation, trans-national cultural studies, contemporary gender and literary theory, Latino literature and the legacy of the Latin American avant-garde from Huidobro to Borges and the writers of the “Boom” to the present.  She is the Director of the Summer Cultural Studies Program in Buenos Aires.

Through Study Abroad our students study, and sometimes do internships, in our programs in Buenos Aires, Madrid, Quito, Paris, Grenoble, and Padova.