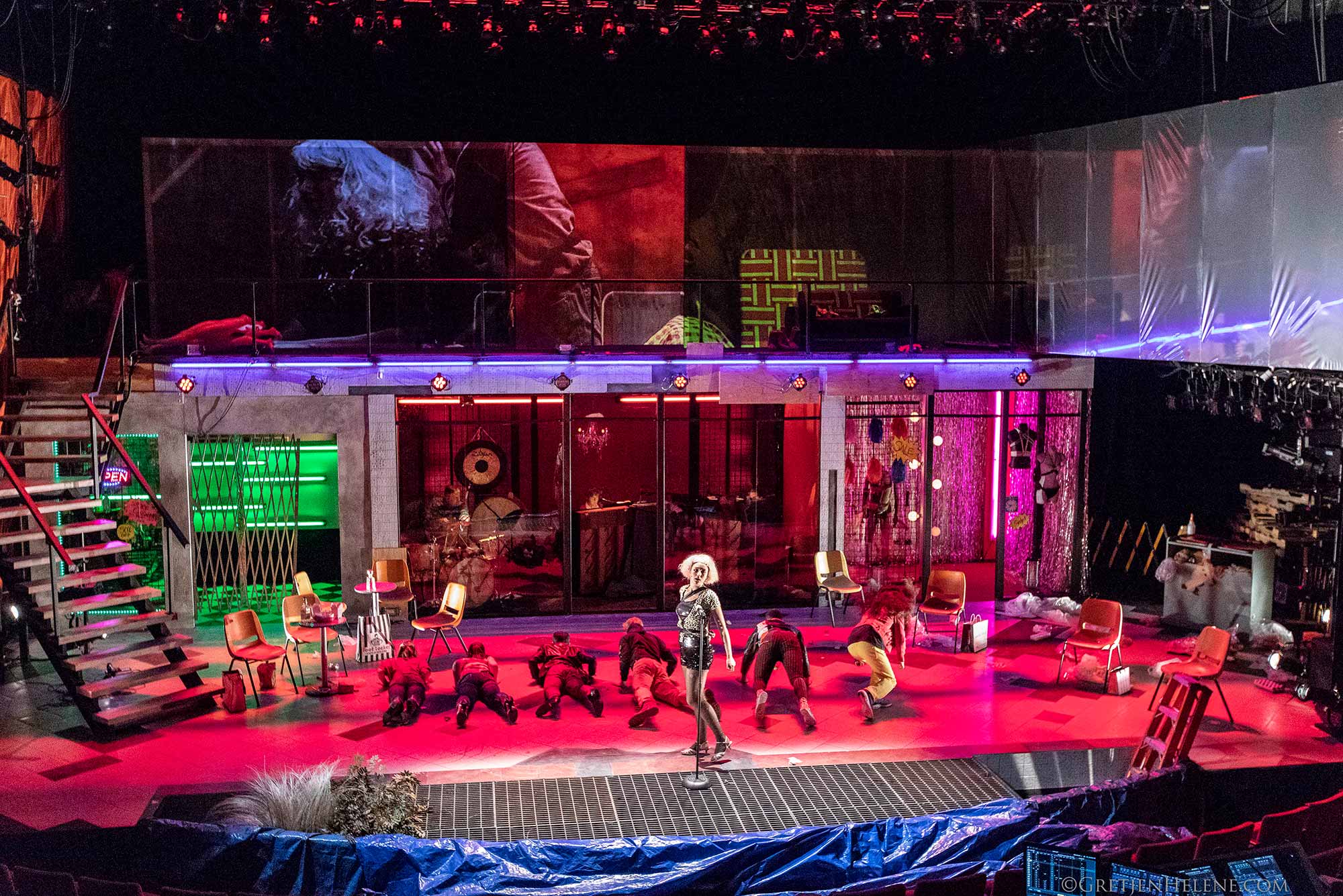 As she waits for live theater to return after the pandemic

COVID-19 shut down most live theater at least through 2020, but when plays come back, Afsoon Pajoufar (CFA’19) will be building worlds again. A New York–based set designer for plays, operas, and film, she’s designed for New Repertory Theatre, Gloucester Stage, Brooklyn Academy of Music, and many others. Trained as a painter in her native Iran, Pajoufar studied scene design at CFA, where her work on a 2017 production of Cabaret was chosen for the 2019 American Exhibit at the Prague Quadrennial of Performance Design and Space.

Bostonia: You didn’t start out as a designer.

Afsoon Pajoufar: The overall culture in Iran is parents want their children to be doctors or other “successful” careers. I was “the bad child.” I went the opposite direction—I wanted to go to art school.

Bostonia: You were a painter. What happened?

Afsoon Pajoufar: As a sophomore in college, I got this feeling that I had to go beyond the two-dimensional space of the canvas. I have a fascination with the relationship between the human body and space.

Afsoon Pajoufar: Research is the first phase. But for me, the next step is model making. I find it much easier when I think with my hands.

Bostonia: What skills do you use most?

Afsoon Pajoufar: I’ve found it really satisfying to explore a wide array of disciplines—photography, printmaking, sculpture, graphic design. I bounce around the room during rehearsals, between the actors, taking photos. I can evaluate the design in my head when I share the space with the actors.

Bostonia: You often say you design environments rather than sets.

Afsoon Pajoufar: It’s not only about the actors, it’s about the relationship between the actors and the audience. In the production of Cabaret, I considered the whole space, designed the audience space as well.

Afsoon Pajoufar: They say take all opportunities that come to you after graduation. That is the worst suggestion. I learned I don’t need to say yes to everything. Sometimes you can read the signs that this won’t be the right production, that I won’t be the right collaborator for it.

Bostonia: How has COVID-19 affected your work?

Afsoon Pajoufar: Four or five productions I had lined up for April, May, and June were canceled or postponed. It’s had a negative effect on so many people’s careers in theater, but especially for the new people.

Bostonia: But you sound upbeat.

Afsoon Pajoufar: I’m in touch with my collaborators. We talk about the shape of theater after the pandemic. We are finding ways to keep making things. Maybe we have to use digital platforms that will challenge the idea of theater: is it theater or not? We keep pushing.

Bostonia: Tell us your dream for when we come back.

Afsoon Pajoufar: I want to explore more operas. The music brings an abstract quality into my design. And operas receive big budgets, so of course I’d love to explore unlimited options as part of my design.