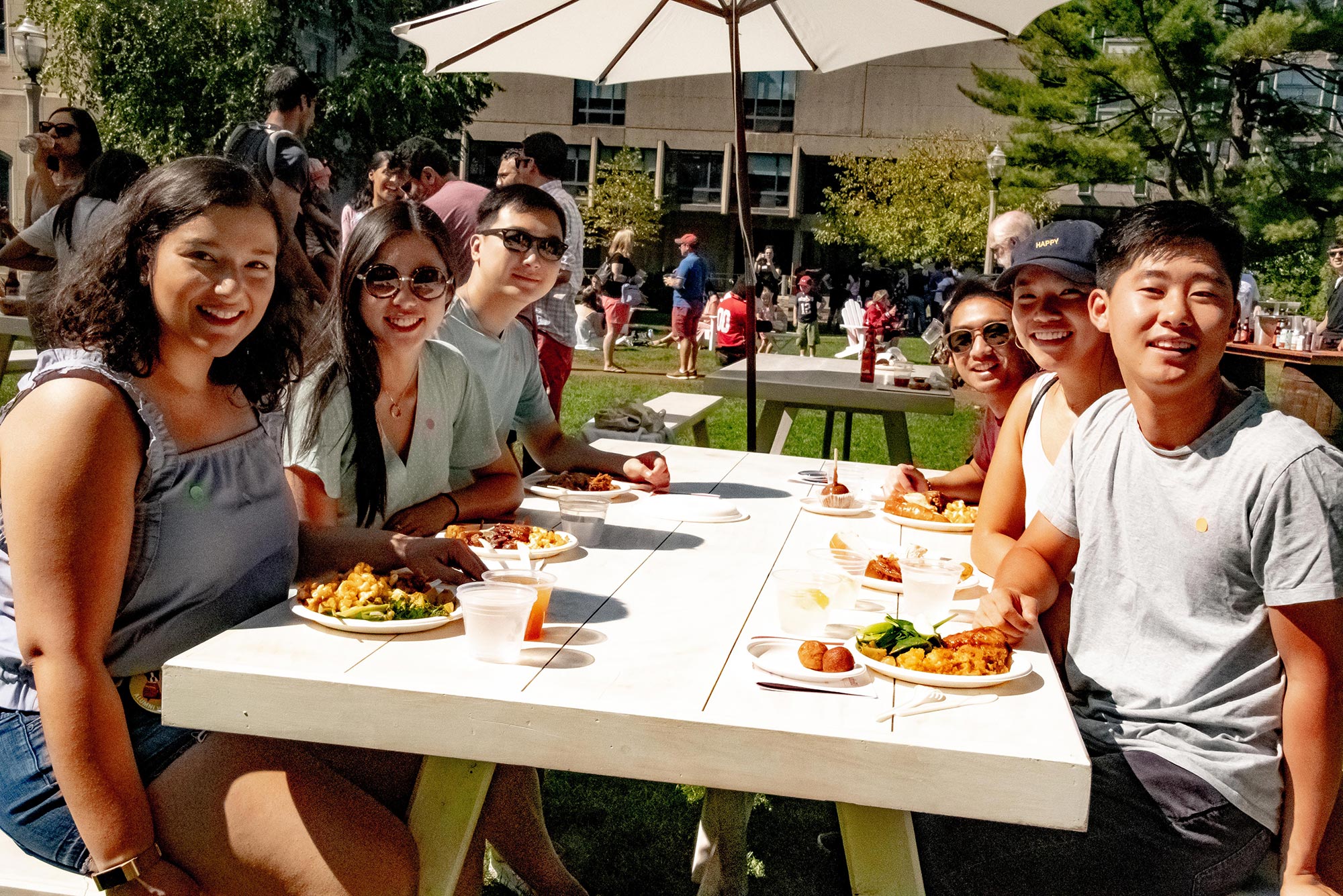 More than 3,500 Terriers return to celebrate the past—and the future

With New England basking in 80-degree September sunshine, more than 3,500 alums returned to campus for 115 Alumni Weekend events, from riverboat cruises to beer garden picnics, and to reconnect with old friends. BU Beach filled up with alums relaxing at white tables, playing cornhole, and snapping photos of themselves on the newly installed Rhett bench, which features a bronze statue of BU’s mascot. For 200 alums, the weekend of September 18–22 marked a special occasion: 50 years or more since their graduation. At the Golden Terriers Brunch, the Class of 1969 was honored with a pinning ceremony and reunion photo.

The weekend’s loudest moment came on the evening of September 21 at Agganis Arena, during the Celebration of BU. An audience of 2,000 cheered the culmination of the University’s first-ever comprehensive campaign, which raised $1.85 billion.

Vargas was the first to take the stage at the Best of BU event. The winner of three elections within four years of graduation—first to the Haverhill city council, then twice to the Massachusetts House of Representatives—Vargas talked about the ability of those in the Tsai Performance Center audience to make a difference.

“You have a tremendous stake in writing the next chapter in American history,” he said. “It’s my hope we can all rise to the task to preserve the progress that has been made in this nation and to make right on the systemic injustices that still exist.”

His message of service was echoed by Mosca—who founded the nonprofit Leaders in Training to help Nevadan youth become the first in their families to attend college—and celebrated by Via.

“When I heard Andy and Erica—our future is in great hands with young leaders like you,” said Via, now an executive vice president at Booz Allen Hamilton.

Lynch, lauded for her commitment to civil rights and equality, spoke about applying to law school in the late 1960s. At a time when other schools were making it harder for women to apply, she said, BU made a commitment to diversify its classes.

“If BU had not been courageous and had not decided to advance the cause of women in the law,” Lynch said, “we would not have the society we now do.”