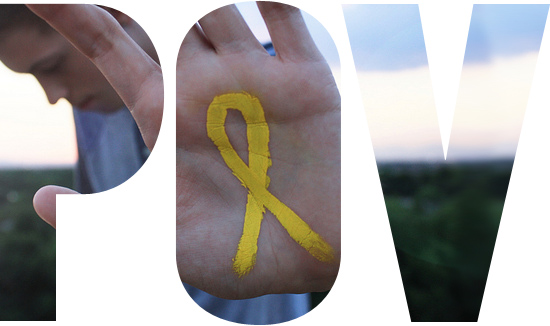 Have we reached a tipping point in global mental health?

In light of the suicides of two teenagers in Newton, Mass., last month and other recent events, it’s time to take a look at mental health stigma. Malcolm Gladwell’s The Tipping Point defines the titular term as “that magic moment when an idea, trend, or social behavior crosses a threshold, tips, and spreads like wildfire.” Have we as a society reached the tipping point in our behavior toward people with mental illness or in our ability to talk openly about suicide? Cancer and HIV/AIDS are two health issues that have reached their tipping point, but mental health still has a ways to go.

Many mental health and suicide prevention advocacy groups are doing great programming and are establishing their presence on college campuses around the country, including at BU. Active Minds is a four-year-old student-run organization devoted to increasing awareness of mental health issues, reducing the stigma of such issues, and directing students to behavioral health resources on campus.

My life has been profoundly impacted by suicide. In 1981, when I was only 14, I lost my Uncle Tony, and 25 years later, almost to the day, my Uncle Mike. I helped bring the American Foundation for Suicide Prevention International Survivors of Suicide Day observance to campus in 2012; on Saturday, November 23, we observe it again, at BU and in 300 cities around the world. (Find information on BU’s observance here.) Last year, I shared my survivor story publicly for the first time on BU Today, and it seemed people didn’t know what to say to me, so they didn’t say anything.

I realize it’s not a happy topic to bring up, but my hope is that these types of groups and programming will help push us to the tipping point so people will know how to talk to someone about suicide. More people need to share their personal stories. We can see signs of progress:

I am hopeful that with the involvement of student organizations like Active Minds and Out of the Darkness, ensuring that the student voice is heard, and events like International Survivors of Suicide Day, we will reach the tipping point in our behavior toward mental illness and suicide.

Anne Dinoto, a collections specialist in BU’s Office of the Comptroller, is staff advisor to Out of the Darkness and represented the American Foundation for Suicide Prevention at the 12th Annual Massachusetts Suicide Prevention Conference in April. She can be reached at adinoto@bu.edu.

BU’s International Survivors of Suicide Day observance will take place Saturday, November 23, from 10 a.m. to 2 p.m. in the George Sherman Union Terrace Lounge, 775 Commonwealth Ave., second floor. The event is open to the public at $5 for students and $15 for adults (financial support to defray that cost is available). Find more information on International Survivors of Suicide Day here.

POV: We Need to Talk More about Suicide

There are 21 comments on POV: We Need to Talk More about Suicide

POV: We Need to Talk More about Suicide
21
share this