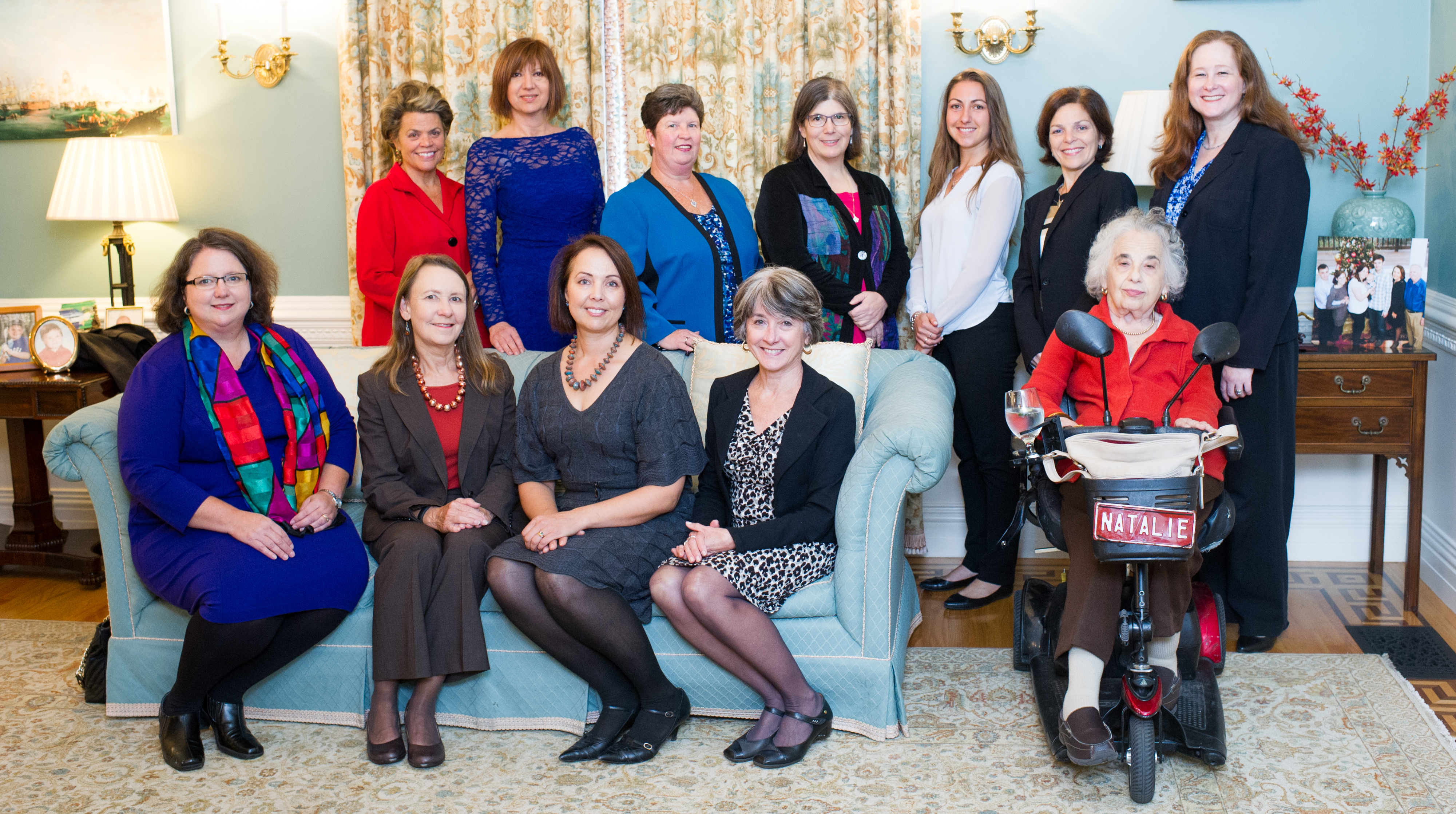 In 1956, at the request of President Harold Case, Dean of Women Elsbeth Melville held an event at the Castle to bring together women of the University: the wives of faculty and administrators and female BU employees.  The purpose was to organize BU families in the Greater Boston area to articulate the University’s mission to internal and external audiences in support of a fundraising campaign.

One of the lasting outcomes of this meeting was the Boston University Women’s Guild which celebrated its 60th anniversary at a Gala Celebration honoring Dr. Beverly A. Brown on Tuesday, April 12, 2016.  The BUWG has not strayed from the original mission: to unite the women of Boston University in fellowship, to acquaint them with the purposes and activities of the University, and to enable them more effectively to serve the University.  Activities included lectures and discussions that tapped into the intellectual depth of Boston University.

Often cited as the first official event hosted by the BUWG, an evening with T.S. Eliot was held on October 29, 1959 at the BU Theatre.  The annual Christmas Tea at the Castle started in 1961.  The name has modified slightly, along with the beverage, but the event is a highlight each year.  Our Honorary President hosts an annual lunch at Sloane House for women newly hired to the University and we hold lectures and workshops that feature faculty and staff and allow the University community to experience the remarkable depth of Boston University.

In 1981, under Kathryn Silber’s and Ruth Batchelder’s leadership, the BUWG established its scholarship program for graduate women over the age of 30.  We have awarded over 200 scholarships to poets, scientists, theologians, social workers, historians, engineers, doctors, journalists, lawyers, artists, and the list goes on.  This is without a doubt the most meaningful and substantial way that the BUWG serves the University.  Today our point of pride is the fundraising we do for the BUWG Scholarships.

Congratulations to the 2020 BUWG Award Recipients. Read more about them!

Give to the Endowment

The BUWG will meet the endowment campaign goal with your continued support. Since 2017, we have raised the first $100,000 and have another $150,000 to go. Thank you and help us reach the goal!

Membership in the BU Women’s Guild opens the door to an amazing community of women at the University.  Join today!