"The data are clear: exercise helps people with Parkinson’s disease. “Not only is exercise good for you but it slows the progression of disability,” says Terry Ellis, a Boston University Sargent College of Health & Rehabilitation Sciences associate professor and director of the Center for Neurorehabilitation. “It may even slow progression of the disease.”" Read the full article. 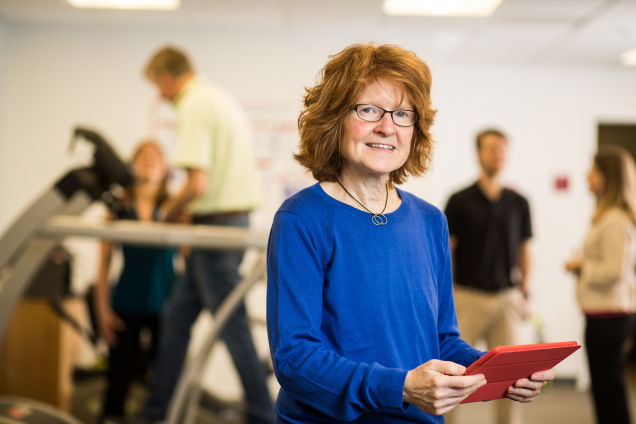 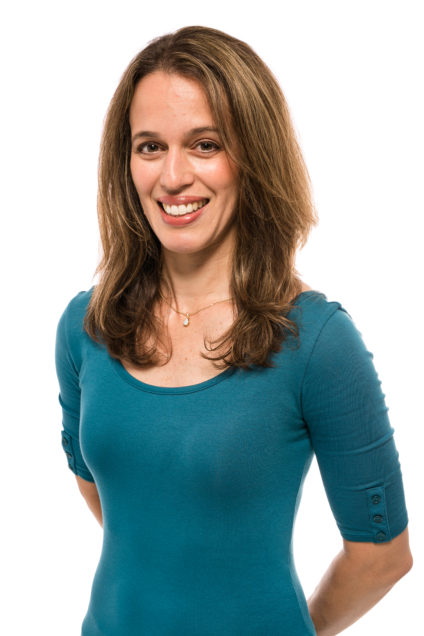 Colon-Semenza was selected for this scholarship because of her scholarly achievements in the Rehabilitation Sciences program and potential to contribute significantly to physical therapy practice.

"Lou Awad and Terry Ellis, both Sargent College of Health & Rehabilitation Sciences assistant professors of physical therapy, are part of the team behind the medical exosuit, a wearable robot that can help people who have had a stroke walk faster, farther, and more safely. Instead of Iron Man’s titanium, it has breathable wraps made from proprietary materials, thin cables, and a series of small motors that help it mimic human muscles and tendons." Read the full article. 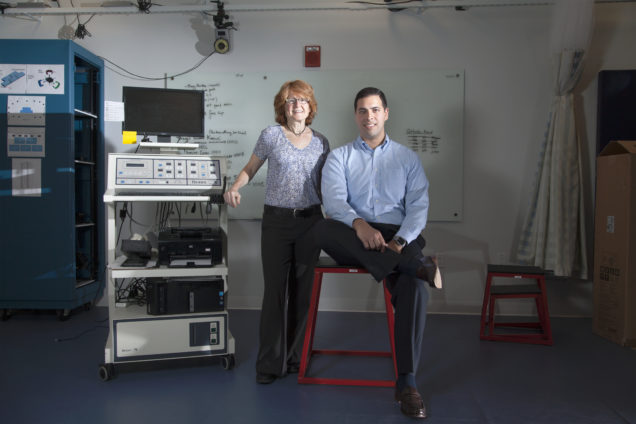 "If they’re both lucky and well-insured, stroke patients get a few weeks of inpatient rehabilitation therapy, says physical therapist Terry Ellis, who collaborates with Walsh and directs the Center for Neurorehabilitation at the Boston University College of Health and Rehabilitation Sciences: Sargent College. But with limited time, rehabilitation specialists focus on getting patients walking again in whatever way possible, often with the use of a walker, a cane, or a hard plastic 90-degree brace that keeps their weaker foot from 'dropping' as they lift it off the ground to take a step." Read the Full Article. 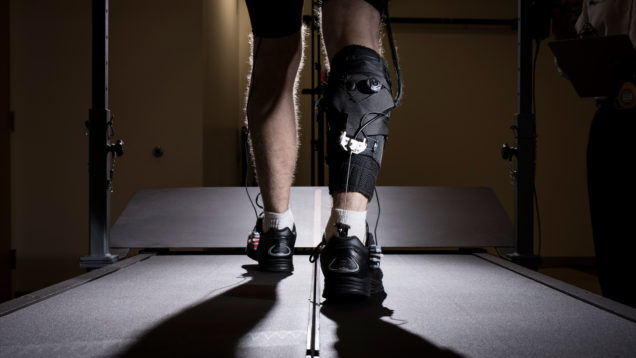 "Stroke patients may soon be able to wear a robotic suit that can help them walk without a limp. Researchers at Boston University’s College of Health & Rehabilitation Sciences and the Harvard School of Engineering worked together to develop a wearable 'soft' robotic suit, also called an exosuit, that can help with post-stroke recovery. " Read the Full Article. 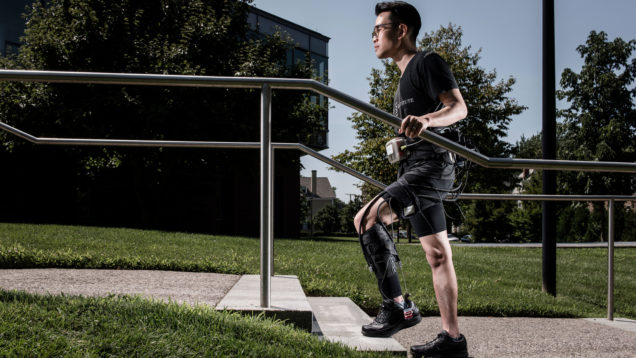 "'People who have had a stroke have trouble with dorsiflexion, or foot clearance,' says Terry Ellis, a physical therapy professor at the Boston University College of Health & Rehabilitation Sciences: Sargent College; they have a reduced ability to bend their ankle and lift their foot. When they try to plant their heel on the ground to walk, they instead 'drag their toes and their foot gets caught.' The exosuit counteracts that issue by retracting the cable attached to the shoe’s tongue, applying a small amount of force to bring the toes up. When the wearer needs to take a step forward, the rear cable contracts to ensure their foot pushes off the ground, a movement called plantar flexion." Read the Full Article.

Terry Ellis Parkinson’s Research Featured in Inside Sargent: “Take One App and Text Me in the Morning” 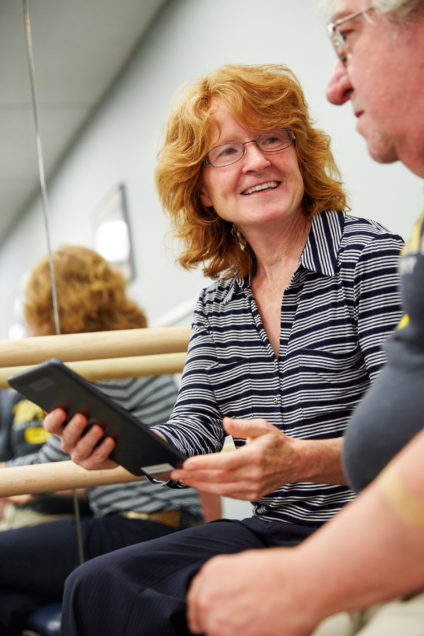 "Ellis’s research has shown that exercise can help patients improve their walking ability, strength, and flexibility, and may even slow the disease’s progression. But patients with Parkinson’s aren’t often referred to a physical therapist until years after their diagnosis, when function has begun to decline, Ellis says. Finding someone well versed in the disorder is difficult, especially in more rural areas, and patients’ engagement in exercise typically declines once therapy is over." 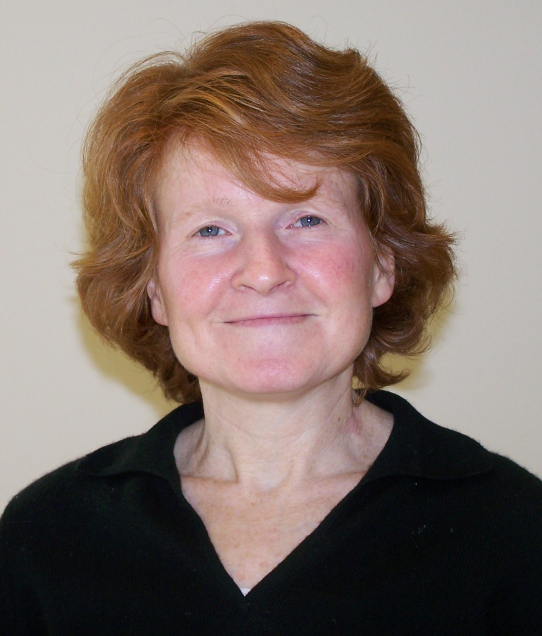 New research from Terry Ellis, assistant professor at Sargent College and Director of the Center for Neurorehabilitation, has found that a virtual exercise coach was effective in helping individuals with Parkinson's disease adhere to a daily walking regimen. Read more.