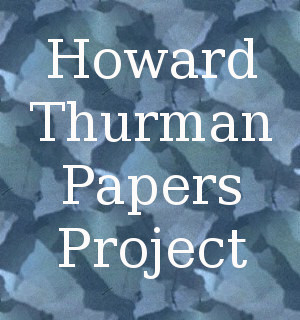 Walter Earl Fluker is the senior editor and director of The Howard Thurman Papers Project, and the Martin Luther King, Jr. Professor of Ethical Leadership at Boston University School of Theology. He was the founding executive director of the Leadership Center at Morehouse College and the Coca-Cola Professor of Leadership Studies at Morehouse. Dr. Fluker has held professorial and administrative positions at Vanderbilt University, Harvard College, The University of Cape Town in South Africa, Columbia Theological Seminary, and Princeton Theological Seminary. Ordained at Second Baptist Church in Evanston, Illinois in 1980, he served as pastor of the historic St. John’s Congregational Church in Springfield, Massachusetts and as Dean of the Lawless Memorial Chapel at Dillard University in New Orleans.

Dr. Fluker is a featured consultant, speaker, lecturer, and workshop leader at foundations, colleges, universities, businesses, and governmental and religious institutions around the world. He is the author of They Looked for a City: A Comparative Analysis of the Ideal of Community in the Thought of Howard Thurman and Martin Luther King, Jr. (1989) and other books and critical essays on Howard Thurman. He is the editor of Educating Leaders for the Twenty-First Century (Cascade Books, 2013) and the author of Ethical Leadership: The Quest for Character, Civility, and Community (Fortress, 2009) and The Ground Has Shifted: The Black Church in an Era of Post-Racialism (NYU Press, forthcoming, 2016). Recent articles include, “Looking For Martin: Black Leadership in an Era of Contested Post-Racism and Post-Blackness,” in The Domestication of Martin Luther King Jr.: Clarence B. Jones, Right-Wing Conservatism, and the Manipulation of the King Legacy , edited by Lewis V. Baldwin and Rufus Burrow Jr. (Cascade Books, 2013) and “Leaders Who Have Shaped U.S. Religious Dialogue: Howard Thurman” in Religious Leadership: A Reference Handbook, edited by Sharon Henderson Callahan (Sage Publications, 2013).

Dr. Fluker earned a Ph.D. in social ethics from Boston University, a Master of Divinity degree from Garrett-Evangelical Theological Seminary, and a bachelor’s degree in philosophy and biblical studies from Trinity College. He was awarded a Doctor of Humanities, honoris causa, from Lees-McRae College in North Carolina.

Silvia P. Glick has been the managing editor and assistant director of The Howard Thurman Papers Project since 2013. She holds a juris doctor degree from Boston University School of Law, a Master of Theological Studies degree from Harvard Divinity School, and a bachelor’s degree in government from Smith College.  She was an articles editor on the Boston University Public Interest Law Journal. Ms. Glick practiced law for many years, and received an Open Doors Award from the Fair Housing Center of Greater Boston for her work representing plaintiffs in housing discrimination cases. A doctoral candidate at the Editorial Institute at Boston University’s Graduate School of Arts & Sciences, she expects to complete her degree in the spring of 2017. Her dissertation is an annotated edition of the correspondence of Fanny Goldstein—the founder of Jewish Book Week, a social activist, and a librarian and curator of Judaica at the Boston Public Library. Ms. Glick attended the Summer Institute for the Editing of Historical Documents (sponsored by the National Historical Publications and Records Commission and the Association for Documentary Editing) and earned a Certificate in Book Publishing from the Boston University Center for Professional Education. She is an active member of the Association for Documentary Editing and has served on several committees.

Luther E. Smith, Jr. is the author of Howard Thurman: The Mystic as Prophet, which was released in a 25th anniversary edition in 2007 by Friends United Press. He is the editor of Howard Thurman: Essential Writings (Orbis Books, 2006) and the author of Intimacy and Mission: Intentional Community as Crucible for Radical Discipleship (Wipf & Stock, 2007). From 1979 until his retirement in 2014, Dr. Smith taught at the Candler School of Theology at Emory University.