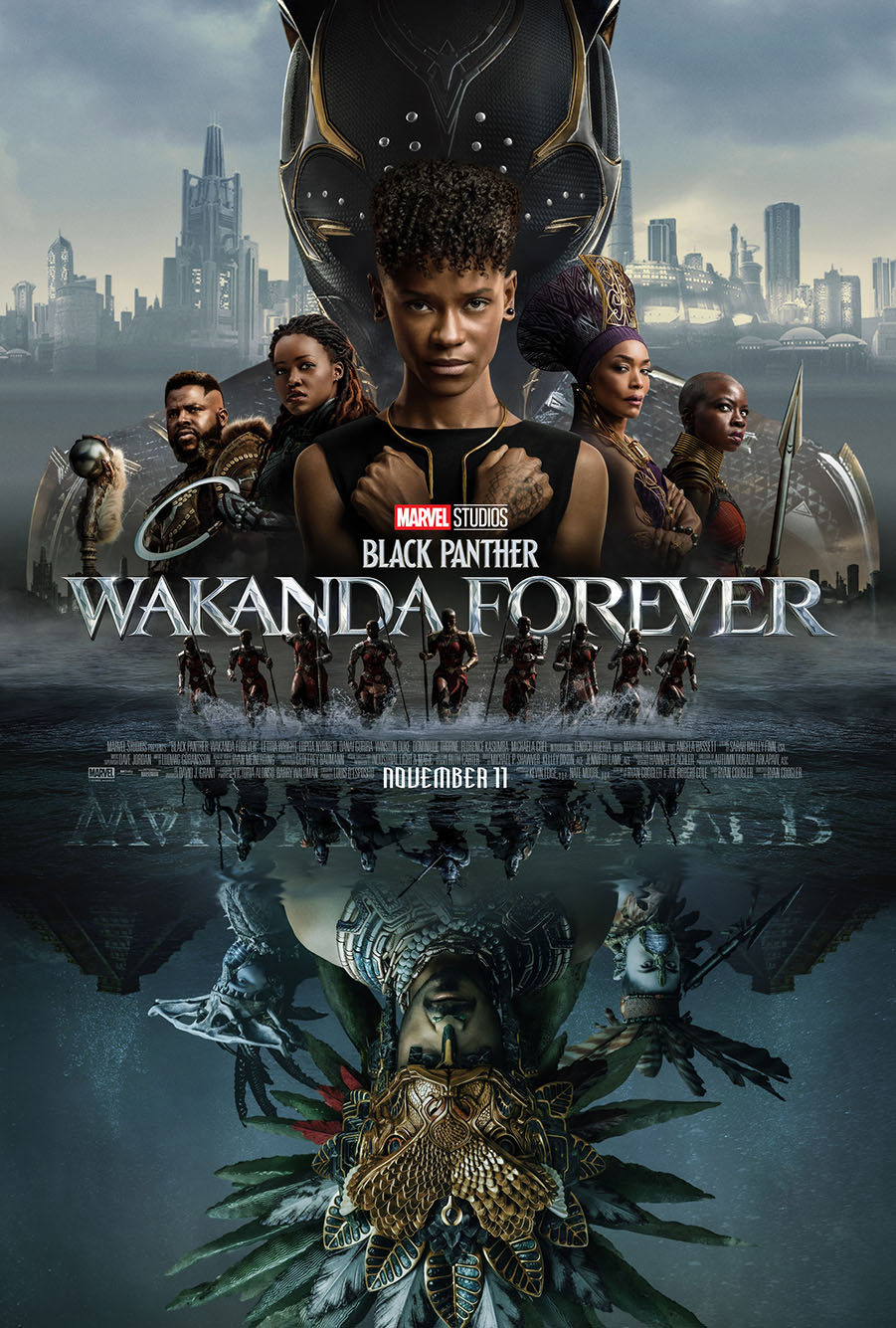 Who Is the Lucky Winner of Two Free Tickets to Black Panther: Wakanda Forever?

Did you answer the questions correctly? And more important, did you win?

The much-anticipated Black Panther: Wakanda Forever opens Friday, November 11, across the country, and is expected to haul in at least $175 million at the domestic box office this weekend alone. To mark the film’s release, BU Today published a trivia contest this morning. At noon, we entered the names of everyone who answered all the questions correctly in a drawing for two free tickets to a 3-D showing Friday, November 11, at 7:30 pm, at AMC Boston Common 19, 175 Tremont St., Boston.

Check out a preview of Black Panther: Wakanda Forever here.

1. The new film has an underwater location. What is it?

The kingdom of Talocan

2. What promotion rolled out November 3 to tout the film?

3. Which character doesn’t know how to swim in real life?

4. Wakanda Forever is the latest film set in the Marvel Cinematic Universe. How many MCU films, including this one, have been released?

5. In which MCU film did T’Challa/Black Panther debut?

6. Black Panther is one of the only two MCU films that does not feature what iconic MCU character?

7. What was Everett Ross’ occupation before he joined the CIA in the Black Panther movie?

9. Which actor was set to return to Wakanda Forever but couldn’t because of scheduling conflicts?

10. Who is the MCU superhero who appears in the post-credits sequence of 2018’s Black Panther?

Marvel Fans: How Good Are You? Try Your Hand at This Wakanda Forever Quiz to Win Free Tickets

There is 1 comment on Marvel Fans: How Good Are You? Try Your Hand at This Wakanda Forever Quiz to Win Free Tickets

Marvel Fans: How Good Are You? Try Your Hand at This Wakanda Forever Quiz to Win Free Tickets
1
share this