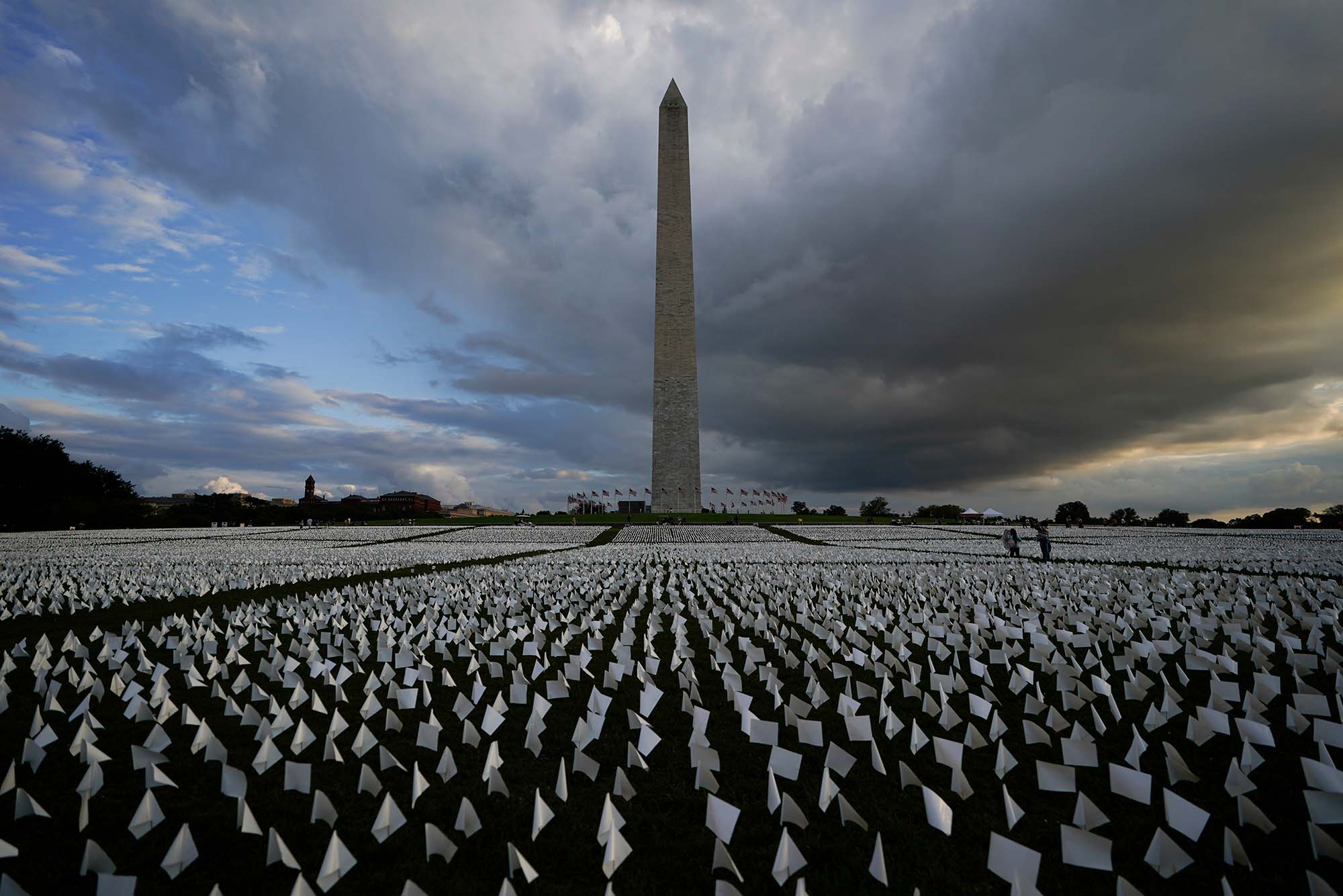 As the nation’s pandemic death toll approaches one million, a BU public health researcher joins with reporters to investigate why some counties are underreporting deaths

With the US pandemic death toll climbing toward one million, a Boston University public health researcher is partnering with a team of investigative journalists to shine light on a hidden aspect of COVID-19 mortality: deaths excluded from the official totals.

While the formal tallies include anyone who had COVID listed on their death certificate, they don’t catch everyone whose life was shortened by the pandemic: the older person who died alone at home, undiagnosed; the person who took their life because of new financial stresses. Some estimates suggest the unofficial death count may be 20 percent higher than the publicly touted one. Andrew Stokes, a demographer who has studied death rates since the pandemic’s outset, is working with reporters from the open-records project Documenting COVID-19 to increase public scrutiny of the potential undercounts. Their findings are being chronicled in a series of USA Today articles.

According to Stokes, a BU School of Public Health assistant professor of global health, the true number of COVID deaths in the United States is likely much higher than records indicate. He recently led a team of researchers from BU, the University of Pennsylvania, and the Robert Wood Johnson Foundation to analyze mortality data in more than 3,000 US counties. They examined excess deaths—the number of deaths beyond what would have been expected in a normal year—and how many were tied to COVID.

The researchers found substantial variation in the percentage of excess deaths assigned to COVID across the country, with counties in the South and West especially likely to underreport pandemic deaths. COVID deaths were also more likely to be missed in counties with fewer primary care physicians, less access to health insurance, and more people dying at home; communities of color were disproportionately impacted. Some undercounts, says Stokes, may even be politically motivated.

“Accurate and timely mortality surveillance is critical to pandemic preparedness and response efforts,” he says. “Without accurate mortality data, it becomes very challenging to devise effective policy responses or to develop fair and equitable responses targeting the most heavily affected communities.”

At left, the distribution of excess deaths in the United States during the pandemic. In the map at right, the darker blue the county, the more excess deaths were not assigned to COVID-19. ​​Ackley, Lundberg, Ma, Elo, Preston, and Stokes, “County-level estimates of excess mortality associated with COVID-19 in the United States,” Social Science and Medicine: Population Health, March 2022

The first two articles of the USA Today series, published on December 9 and December 22, examine the national data, and social and racial inequities, tied to excess mortality, with a particular focus on undercounting in rural counties in Louisiana, Missouri, and Mississippi.

“Using the data and modeling that Andrew’s team has provided, we’re going to continue reporting on undercounted deaths in local areas to explain why these gaps are happening, because the reasons will be different in each area,” says Dillon Bergin, an investigative reporter at nonprofit news site MuckRock who is part of the reporting team for the USA Today series. MuckRock is a fiscal sponsor for Documenting COVID-19.

The fact that so many of these uncounted deaths are occurring at home, and not in a hospital setting where testing is most prevalent, is a factor that warrants further investigation, says Stokes.

“In these cases, the cause of death is frequently assigned to other conditions, such as heart disease or diabetes,” he says. “Many people are afraid of going to the hospital and potentially getting COVID, or losing contact with their loved ones, so they’re getting sick and staying at home, and then dying without their death ever being reported as a COVID death.”

COVID-19 death undercounting also has political implications, says Stokes. Since most death investigations occur at the county level, he says, the official cause of death is often determined by elected coroners who may be motivated by political bias to downplay the pandemic (and who typically receive less formal training than medical examiners).

“When we find evidence of underreporting in a community, there is a direct link to a county coroner or examiner who is responsible for certifying those deaths,” Stokes says. “Our focus on counties means that the estimates have direct implications for county death investigation systems.”

The other researchers involved in Stokes’ project are Dielle Lundberg (SPH’19), a research fellow at SPH, Jacob Bor, an SPH assistant professor of global health, and Lei Ma (GRS’26), an economics PhD student. The University of Pennsylvania and the Robert Wood Johnson Foundation collaborated on the study, which the foundation funded.