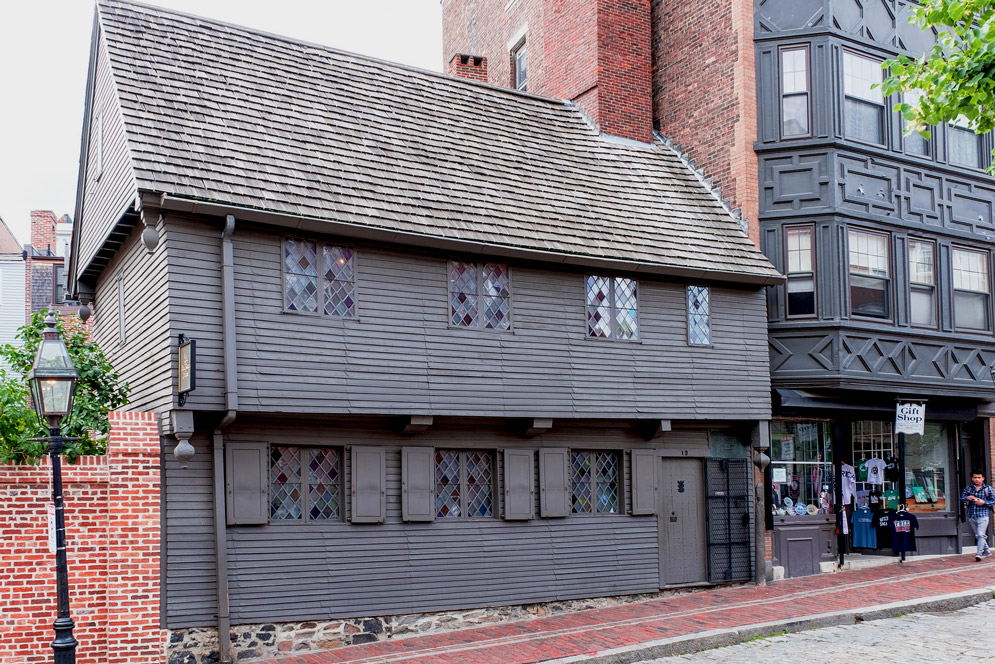 Paul Revere’s house offers a fascinating peek into the life of one of the Revolutionary War’s most famous heroes. Photo courtesy of Flickr user Allan Harris

To Do Today: Paul Revere House

On the evening of April 18, 1775, Dr. Joseph Warren summoned Paul Revere, then employed by the Boston Committee of Correspondence and the Massachusetts Committee of Safety as an express rider carrying news, messages, and documents. The task—to ride to Lexington, Mass., to alert Samuel Adams and John Hancock that British troops were marching to arrest them—immortalized the talented silversmith and his midnight ride. Those hazy on the historic particulars or just craving a taste of old Boston can find them at Paul Revere’s home in Boston’s North End.

Built in 1680, the Paul Revere House at North Square is believed to be among the oldest in Boston. One of the most popular attractions along Boston’s Freedom Trail, the house was built on the site of the parsonage of the Second Church of Boston. Increase Mather, the Second Church minister and later president of Harvard College, and his family (among them his son, Congregational minister and author Cotton Mather) occupied the parsonage from 1670 until it was destroyed in the Great Fire of 1676. Revere bought the house in 1770, moving in with his growing family, which at the time comprised his wife, Sarah, their five children, and his mother, Deborah. After Revere sold the home in 1800, the ground floor housed a series of shops, among them a candy store, a cigar factory, a bank, and a vegetable and fruit business. In 1902, Paul Revere’s great-grandson, John P. Reynolds, Jr., purchased the building to ensure that it would not be demolished, and the Paul Revere Memorial Association was formed to preserve and renovate it.

In April 1908, the house was opened to the public, and the association continues to oversee its upkeep and day-to-day operations. The restored dwelling resembles the late 17th-century original—nearly 90 percent of the structure, including two doors, three window frames, and portions of the flooring, foundation, inner wall material, and rafters, are original. The period furnishings in the upstairs chambers belonged to the Revere family. In the courtyard is a 900-pound bell crafted by Paul Revere & Sons.

In addition to being a silversmith and a goldsmith—trades passed down from his father—Revere was a copper plate engraver, an illustrator, and an importer, and for nearly a decade he worked as a dentist, cleaning teeth and wiring in false ones. Through his lodge, the active Freemason grew close to members of the revolutionary movement and occasionally reported to them on the whereabouts of British soldiers. But it wasn’t until a century later that Revere, who had gone on to become a successful industrialist, was regarded as a hero of the American Revolution. His famous ride was the subject of Henry Wadsworth Longfellow’s well-known and beloved poem “Paul Revere’s Ride,” first published in 1860 in the pages of The Atlantic Monthly.

To Do Today: Paul Revere House