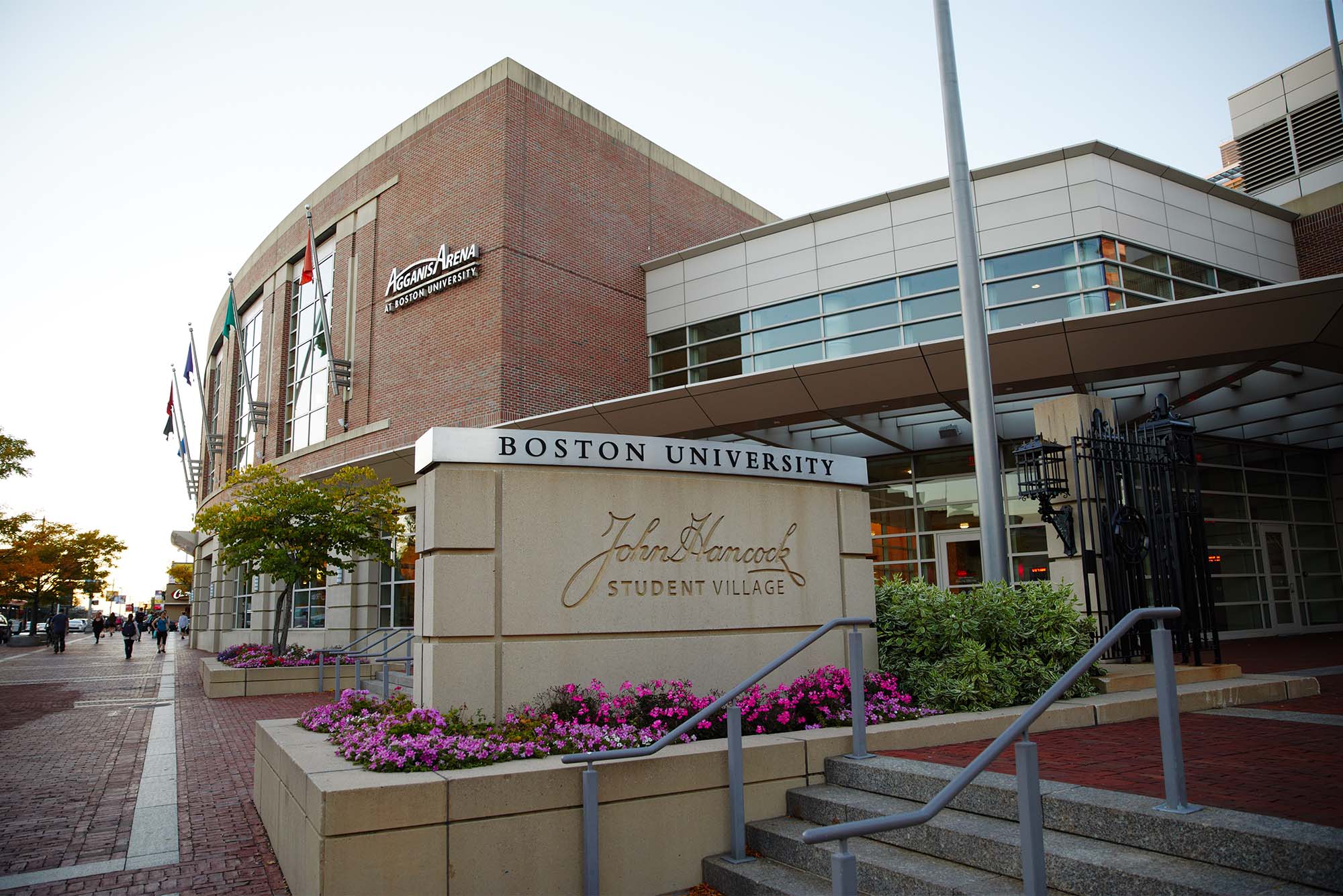 BU’s new VP of Auxiliary Services Kris Klinger has more than three decades’ experience in the hospitality and auxiliary services industry, including at the University of Southern California and more recently at Syracuse University. Photo by Dave Green

Kris Klinger, vice president of Auxiliary Services, takes on one of the most vital jobs on campus

At Boston University, with roughly 10,000 employees, some jobs are naturally more visible, and more vital, to everyday campus life than others. It’s possible that no job is more visible and more vital than vice president of Auxiliary Services, a position overseeing a formidable range of services, from dining and campus housing to transportation and parking, FitRec and Agganis Arena, catering, events and conferences, and more.

BU has hired Kris Klinger from Syracuse University to fill the role following the retirement earlier this year of Peter Smokowski. Klinger held a similar position at Syracuse, and has more than three decades in the hospitality and auxiliary services industry, including more than a decade at a big-city school at the other end of the country, the University of Southern California.

Klinger, a veteran of the US Marine Corps, will start on Monday (clearly not a superstitious man, seeing as it’s Halloween), overseeing a huge department responsible for $320 million in revenue. He spoke with BU Today this week about the challenges he expects to face, the expectations of college students today, and why he’s especially interested in helping nontraditional students.

BU Today: Can you talk for a moment about how you’ve approached such an important job at your prior institutions?

Klinger: How I’ve addressed this in the past is focusing on what the students need, and assessing those needs. Looking at where students are, what are some best practices out there, and sometimes looking outside the university at those that are in a similar space. Like food courts or Whole Foods, which are trying to do some of the same things. I do think helping the students, staff, and faculty create communities is critical, to create a safe space for them—not just a meal, not just a dorm room, not just a parking spot.

BU Today: What do you expect the differences to be, coming from a more traditional, enclosed campus like Syracuse to a school like BU, where the city is the campus.

Klinger: I actually came from USC first, so I saw a big city school in action. Moving from a big city urban campus to a rural campus or small city like Syracuse brings a unique perspective. I think one of the biggest differences is that in the urban environment, folks at the university gather from a much larger geographical area, as opposed to a smaller town, where most people are living right around there.

BU Today: What was the draw for you to come to Boston?

Klinger: I do miss the big city. I lived in Boston back in 1993 and 1994; obviously it’s changed dramatically. I was drawn to going back to a major city. I love the location, the energy, the people, with all the universities and colleges and smallish geography. Also, when I got to campus, there’s a lot happening, lots of growth and opportunity. The University was very open to wanting to raise the bar for services that are offered to students. Another thing that drew me to BU was its reputation, its focus on the future, pursuit of excellence, and attracting the best and the brightest.

BU Today: I know you haven’t started yet, but have you been able to think about priorities or identify something that you think BU could benefit from?

BU Today: In December, BU will open the Center for Computing & Data Sciences, which will be 100 percent free of fossil fuels, which means no gas lines for cooking or heating. Have you thought about the challenges that building will present for your department?

Klinger: The thing about that building that’s really impressive is the relationship between the University and the city. There is a great symbiotic relationship between the two. The city wants to help Boston University stand out. BU wants to help the city succeed. I would love to understand how it will work with that building. We can get creative. But it will depend on how we will measure success on a building like that.

BU Today: You’ve worked in this field for 30 years; are there any interesting trends or changes you’ve seen that could shape your approach today?

Klinger: I think the big thing that’s changed is students’ expectations. Their expectations continue to evolve, and we have to find a way to meet them. They want that sense of place and community; that’s important to them, and the staff and faculty, too. They want something to embrace, to call their own, they want that sense of belonging. That’s especially true with nontraditional students. Maybe someone who took a gap year. Or maybe the student is part-time. Or they have a family. Or a veteran. I was a veteran, I joined the Marines before going to college. Those nontraditional students are an important part of campus life.

There is 1 comment on Meet BU’s New Head of Dining, Housing, FitRec, Transportation, and More