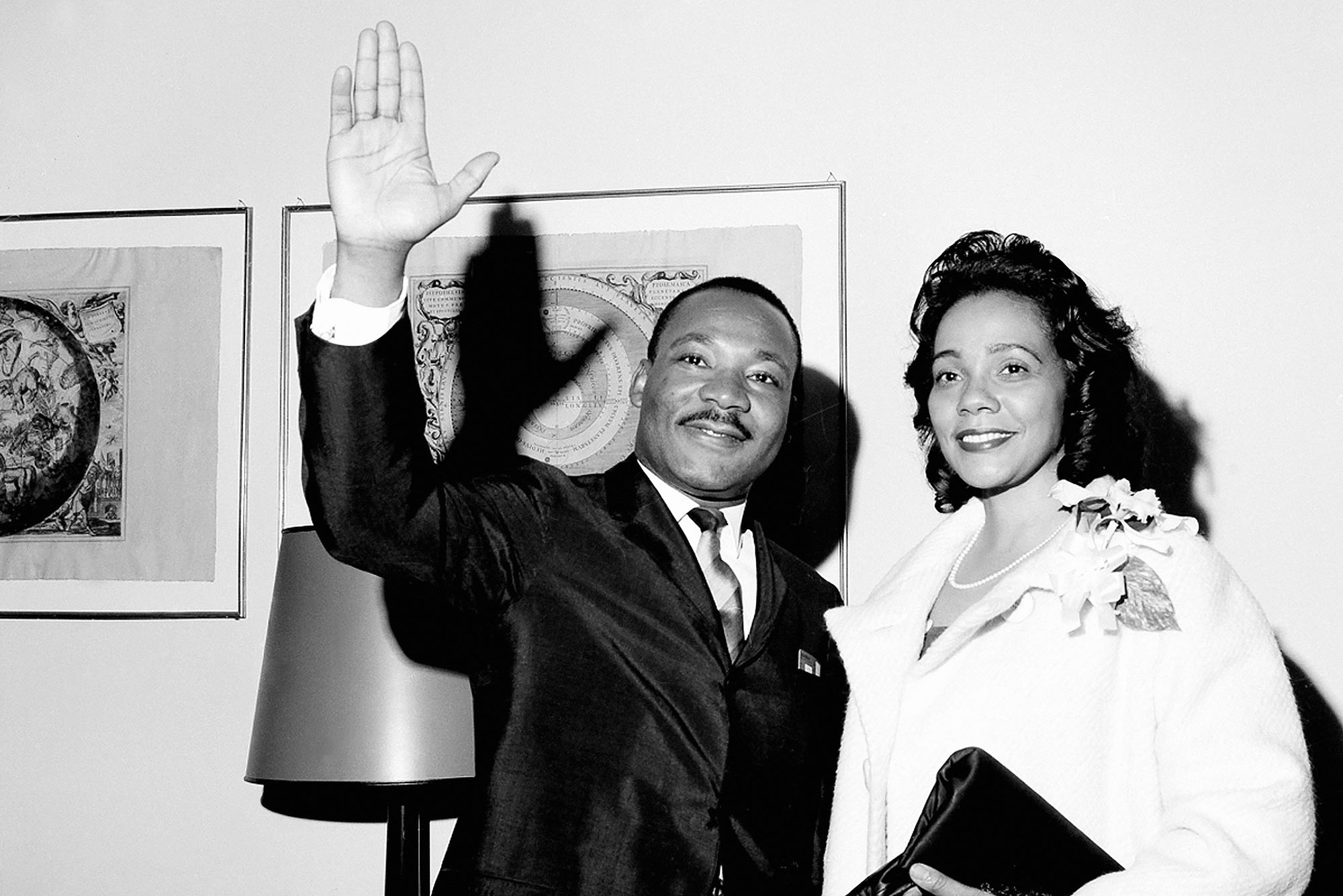 This year’s annual MLK Day celebration, titled “Where Do We Go from Here: Chaos or Community,” will celebrate the lives and legacies of Martin Luther King, Jr. (GRS’55, Hon.’59) and his wife, Coretta Scott King. The virtual event will livestream from the Howard Thurman Center for Common Ground on January 17 at 2 pm. Photo by Jacob Harris/AP Photo

Where Do We Go from Here: Chaos or Community? (Beacon Press, 1967) was the last book Martin Luther King, Jr. (GRS’55, Hon.’59) wrote before his assassination in April 1968. In it, King argued for fighting poverty and prejudice through a united social front, free of divisiveness or bitterness.

The program for this year’s annual MLK Day celebration—hosted by Boston University, the city of Boston, and the New England Conservatory—takes its title from that book. It’s a parallel that’s both purposeful and poignant, given that the holiday arrives as the United States prepares to enter the third year of a massively disruptive global pandemic, following landmark protests for racial justice and on the heels of the one-year anniversary of the Capitol insurrection.

“When he wrote Where Do We Go from Here, society and Dr. King were in really similar kinds of circumstances to the ones that we’re in today,” says Kenneth  Elmore (Wheelock’87), associate provost and dean of students and one of the event’s organizers. “They were coming out of a societal and global reckoning, with Black suffrage, the decolonization of several African countries, and a transition of leadership from an older brand to a newer, younger set of tactics. I think Dr. King was probably standing at the same place where so many of us are standing right now, as we think about moving past what some people have called the ‘reckoning of 2020.’”

This year’s observance, which will take place virtually via Zoom from the Howard Thurman Center for Common Ground starting at 2 pm on Monday, January 17, will honor both the civil rights icon and his wife, Coretta Scott King, a graduate of New England Conservatory. It’s also an opportunity to reflect on how much progress the nation has made toward fulfilling King’s vision for unity and the work that remains to be done.

“‘How do you create community?’ is something we ask ourselves all the time at BU,” Elmore says. “But COVID-19 has shown us that that conversation can’t just be about BU; it has to be global. We have to think about how to share the resources and the knowledge that we have in order to create spaces where every human can be who they are.

“There are lots of things here for us to think about—and live in—over the next few days, weeks, months, and years.”

The virtual event, organized by the Dean of Students office and the Howard Thurman Center, can be livestreamed here, and viewed on Boston City TV and online at boston.gov.

Speakers will include Boston Mayor Michelle Wu and a conversation between Tanisha Sullivan, president of the Boston chapter of the NAACP, and Saida Grundy, a College of Arts & Sciences assistant professor of sociology and of African American studies. Additional speakers will include Andrea Kalyn, New England Conservatory president; Jean-Luc Pierite, president of the board of directors of the North American Indian Center of Boston; Boston University President Robert A. Brown; Jean A. Morrison, University provost and chief academic officer; and Andrea Taylor (COM’68), BU’s senior diversity officer. Katherine Kennedy, director of the Howard Thurman Center, will introduce the program.

In addition to Monday’s event, the Epsilon Gamma Lambda chapter of Alpha Phi Alpha—the fraternity that Martin Luther King, Jr. belonged to during his time in Boston—is also hosting a commemorative virtual event on Saturday, January 15, at 2 pm. Speakers will include US Representative Ayanna Pressley (D-Mass.) and former New Orleans Mayor Marc Morial, now president of the National Urban League. The event will be livestreamed here.

For Elmore, who grew up in a time before MLK Day was a national holiday, cohosting BU’s annual event always holds special significance.

“Martin Luther King was an important figure in my household. Every year, I can say to my parents that I’m not just hanging out, but that I’m doing the work,” he says, calling the holiday almost “religious.”