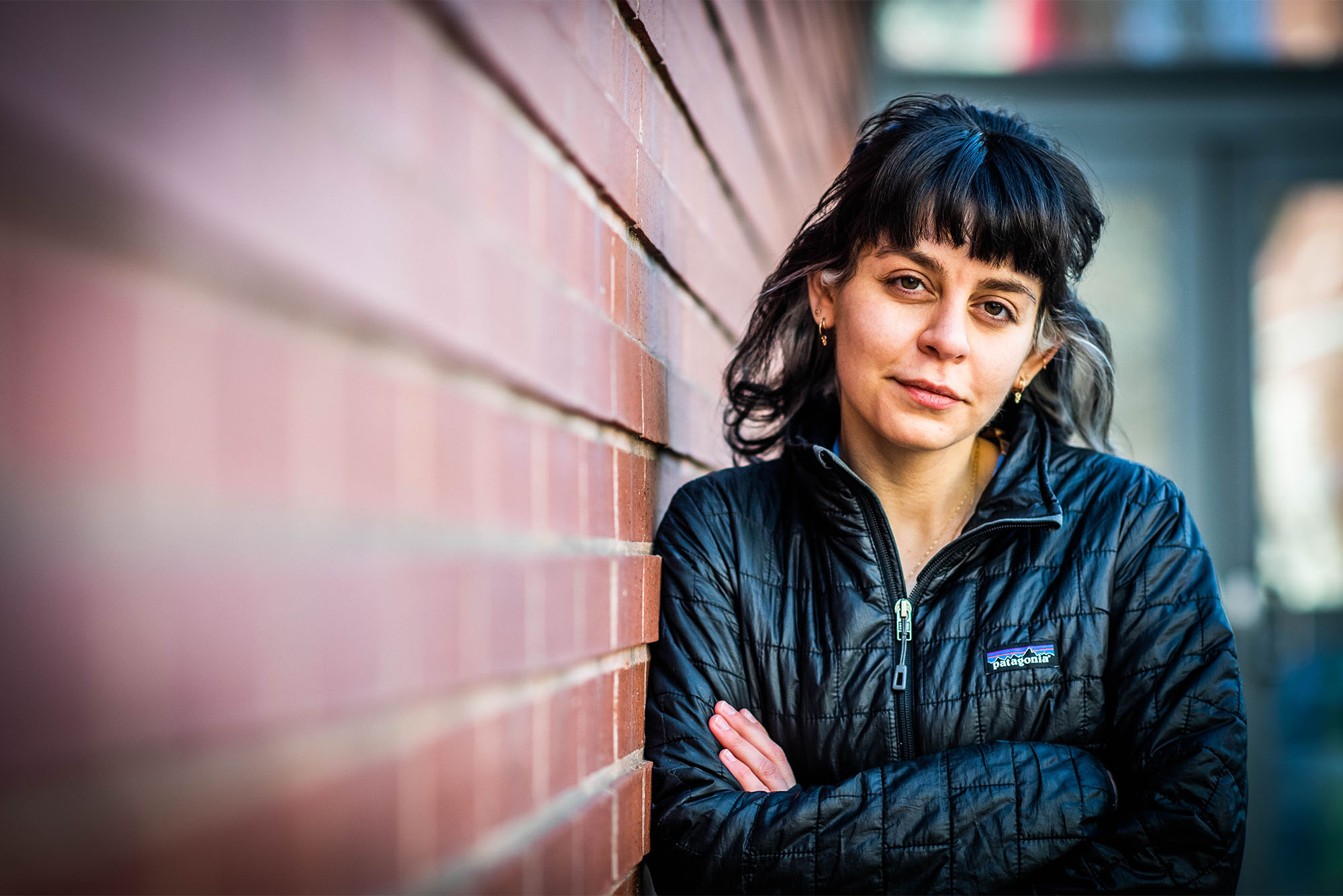 With Roe v. Wade on the Line, BU Will Continue Abortion Education Regardless of Ruling

It’s the first day of classes after the holidays and Elisabeth Woodhams is already wading into one of the toughest topics in academia. Abortion isn’t the most technically demanding procedure for medical students—it’s the politics and ethics that make it a minefield.

Woodhams, a School of Medicine assistant professor of obstetrics and gynecology, actually gives back-to-back abortion lectures, by Zoom, to 60-plus students. It’s a lot more education on the subject than was being offered only a decade ago, when abortion rights were not under the legal fire that they are today. And that change was driven not by the school, but by students.

Her first lecture reviews the medical aspects and is mandatory for MED second-years. She invites questions about the ethics of abortion, but stresses that her goal is to discuss the subject’s clinical aspects. Chief of family planning at Boston Medical Center, MED’s teaching hospital and Boston’s safety-net hospital, she runs down the list of drugs used to induce medical abortions, the steps in performing surgical abortions, and the microscopic risks to the procedure (“It’s safer than having your wisdom teeth pulled”). She profiles the most common abortion patient: poor, white, already the mother of a child, self-described as religious.

Her second lecture is optional—most of the students stick around for it—and covers the sociopolitical landscape. “Access is always the lens for abortion providers,” she says, reviewing the Supreme Court’s pending decision on a Mississippi law restricting abortion after 15 weeks of pregnancy. (Roe v. Wade, the Supreme Court’s landmark 1973 ruling legalizing abortion, made the procedure legal before the fetus could survive outside the womb, typically about 23 weeks.) Woodhams also notes the ongoing judicial wrangling over Texas’ recent approximately six-week ban.

These lectures, prefaced by another mandatory one on contraception, are a heftier introduction to abortion than when Woodhams joined MED’s faculty in 2014, at which point students received a single 45-minute talk on abortion and contraception. “I tried to do that talk,” she tells BU Today. “It was incredibly hard. It ran way over. And then the students said, This is nonsense. We need more education than this.”

Their activism led to the current program, which includes, beyond the lectures, exposure to abortion for most (though not all) students during their third-year clerkship. Whether they see the procedure depends on where they do their clerkships, which are medical students’ temporary assignments in various hospital specialties.

That exposure is more than many peer schools provide.

Long before the fracas over Mississippi and Texas, schools tiptoed gingerly around abortion, with more than half declining to offer any clinical training, according to one survey. Even MED’s curriculum, while bolstered from years ago, could be better, says Rose Al Abosy (MED’23), a board member of Medical Students for Choice, a Philadelphia advocacy group with a MED chapter.

Clinical exposure is haphazard, Al Abosy says: “I was assigned to BMC for my third-year clerkship. I actually just finished OB-GYN. And I did not see an abortion procedure. I was just never assigned to the abortion clinic.” She witnessed the procedure only because Medical Students for Choice runs an immersion program at BMC’s clinic, where a student can “provide emotional support to those patients, should they want that,” she says.

On the lecture front, “Dr. Woodhams is amazing. She does a really, really fantastic job,” Al Abosy says. But “it was really disappointing that the sociopolitical context [talk] is the one that’s made not mandatory. If you don’t understand what patients are going through in order to get to a place where they’re even in front of a physician to ask for those medications, you don’t understand what it’s like to get abortion care in this country.”

Al Abosy’s bottom-line assessment of MED’s training: while “there have been a lot of improvements…one in four women has an abortion by the time they’re in their 40s. And so this is a clinical medical procedure that 25 percent of women are experiencing at some point in their reproductive lives, and it is allotted an hour in our preclinical [curriculum]. And it is actually relatively easy to not get in-person clinical experience with it at all.

“In an ideal world, people walking out of medical school with an MD should have a sense of what the abortion procedure looks like surgically, and what counseling regarding abortion looks like.”

A SCOTUS reversal of Roe would leave abortion policy to each state. MED students hoping to be providers obviously would have to study geography for which states still permitted the procedure. Massachusetts would be one. The Bay State last year enacted a law codifying abortion rights in anticipation of a possible Roe reversal.

“That would not change the type of education we give, the services that we offer, no matter what happens in the Supreme Court,” says Rachel Cannon (Sargent’08, SPH’19), a MED assistant professor of obstetrics and gynecology.

“If Roe does get overturned,” Cannon says, “all that does is make education 10,000 times more important.…You have to triple your efforts in education about this, because now you need to make sure that [students] understand how to facilitate patients who have self-induced abortions,” recognizing the complications and the obstacles for those patients who have to travel great distances to find legal abortion.

As with the general population, some students might have moral objections to this particular surgery. And as at other medical schools, BU students who might be assigned to an abortion can opt out, Woodhams says.

“I don’t know of any students that have tried to opt out,” Al Abosy says. MED attracts many students interested in social justice, Cannon adds, and with a growing number of US abortions performed on poor women, she says, “In my experience, most students have wanted to participate in this care.”

With Roe v. Wade on the Line, BU Will Continue Abortion Education Regardless of Ruling

What Would It Mean to Codify Roe v. Wade?

There are 7 comments on With Roe v. Wade on the Line, BU Will Continue Abortion Education Regardless of Ruling

With Roe v. Wade on the Line, BU Will Continue Abortion Education Regardless of Ruling
7
share this