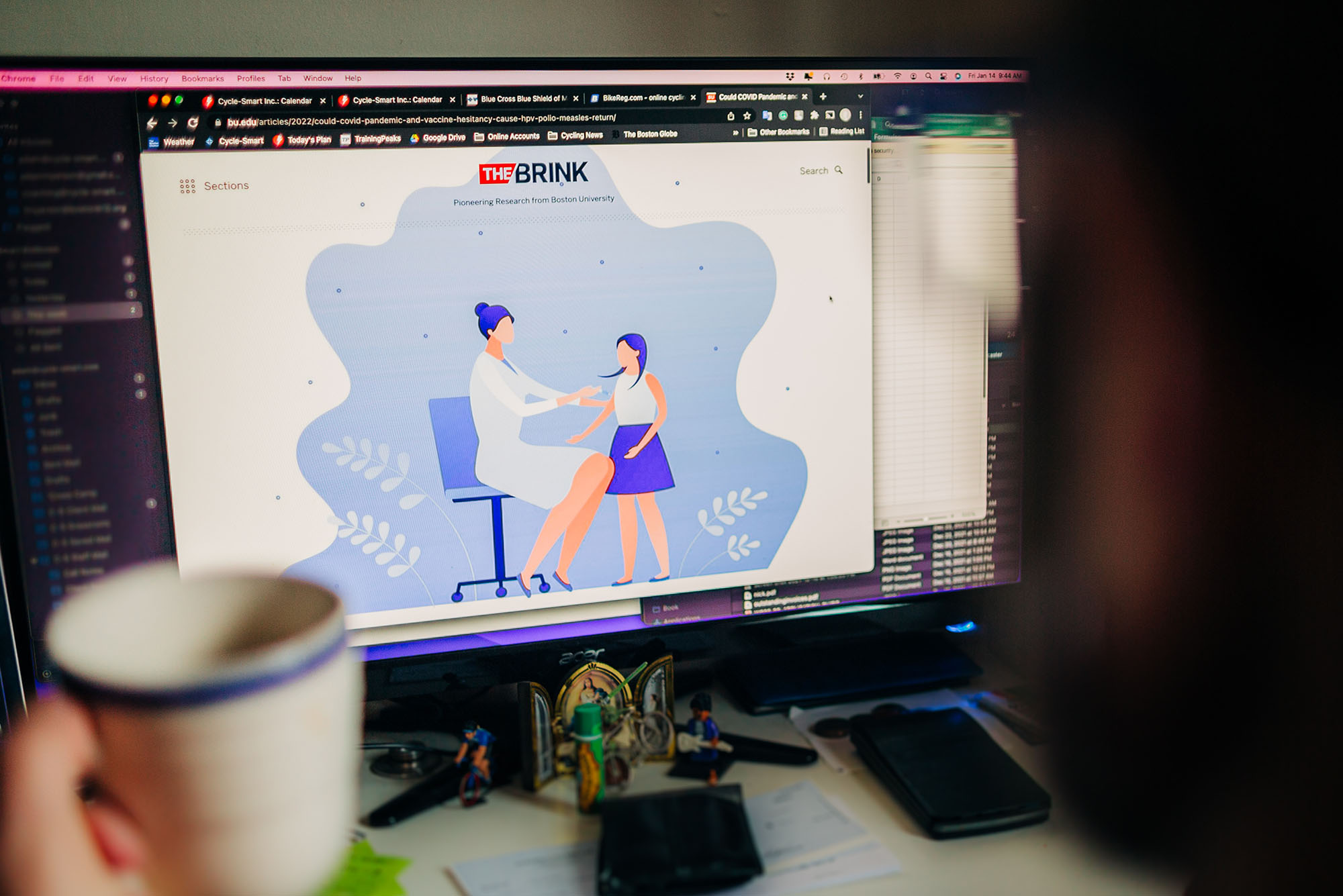 A New Editor for The Brink

The Brink is starting the new year with a new editor. Andrew Thurston has taken over at the helm of Boston University’s award-winning research news website, where he’ll help share stories from faculty and students on the cutting edge of new discoveries.

Andrew is more than a wonderfully skilled editor who makes any story he touches better. He is also a gifted writer, a collegial colleague and mentor, and a lover of soccer, specifically West Ham United. His stories have won numerous regional, national, and international awards in various categories, including research magazine, research writing, annual magazine, and digital newsletter.

The Brink requires an editor who can make complex subjects easy to comprehend and digest, and that is certainly one of Andrew’s great strengths. There are many examples of this, including his profile of CAS biologist Cynthia Bradham and a feature about how alcohol consumption in the US has spiked and become another pandemic. He also has the latest cover story in Bostonia on the world of data science.

For the research community at BU and beyond, Andrew can be reached at thurston@bu.edu. And follow him on Twitter at @andrewsthurston.

A New Editor for The Brink

There is 1 comment on A New Editor for The Brink