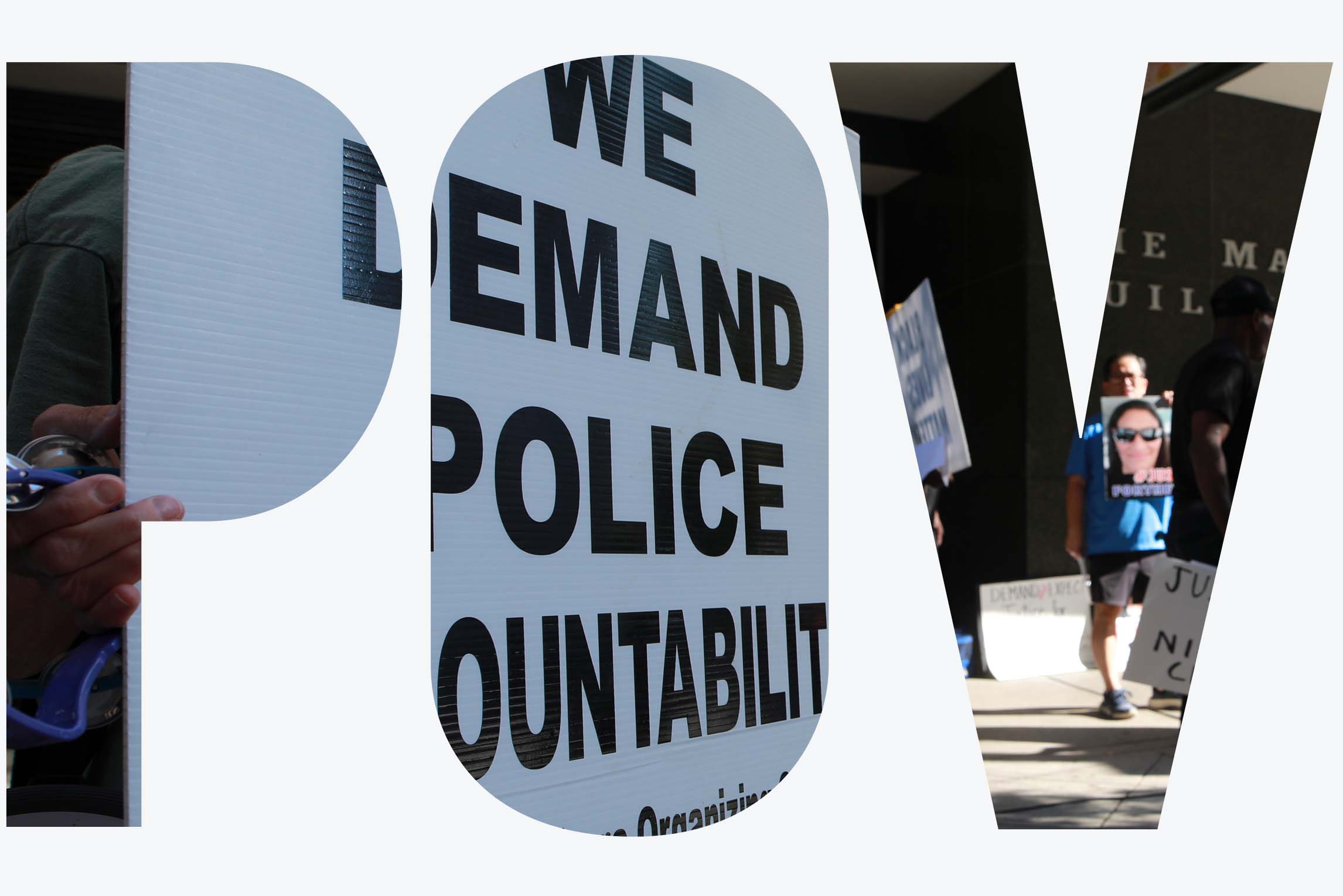 Photo by Reginald Mathalone/NurPhoto via AP

We rarely talk about criminal charges that are dismissed. Since people accused of crimes are supposed to be “innocent until proven guilty,” it’s reasonable to think that if the charges are dismissed, no harm has been done. But the process of contesting criminal charges is, in itself, harmful, and the criminal system provides no mechanism to remedy that harm. This is especially true for Black, indigenous, and other people of color (BIPOC), whom police disproportionately target with false criminal charges.

A civil rights law commonly referred to as Section 1983 provides one avenue to hold police accountable by bringing a civil lawsuit for violations of constitutional rights, but it is not always available. Today, October 12, the Supreme Court will hear oral arguments in Thompson v. Clark, a case that will ultimately determine who may seek damages for unreasonable seizure pursuant to the legal process under Section 1983. Anyone who cares about deterring racialized police misconduct should watch this case closely.

At issue is the “indications-of-innocence” standard, currently used by many federal courts, which requires people seeking to hold police accountable for pursuing false charges to show that the criminal proceedings against them ended with an affirmative indication of their innocence. This standard is nearly impossible to meet when criminal charges are dismissed, because in the vast majority of jurisdictions, prosecutors are not required to—and generally do not—make an affirmative statement about the innocence of the accused when dismissing charges. The result is that the very dismissal of the charges bars a civil rights claim that the charges shouldn’t have been brought in the first place.

Dismissed criminal charges can be red flags for police misconduct. Police officers sometimes pursue false charges against BIPOC, such as resisting arrest, to provide a justification for use of excessive force. This practice is so well-known that it is colloquially referred to as pursuing “cover charges.” And since a fabricated charge of resisting arrest is not supported by any legitimate evidence, it is reasonable to expect that such a charge would result in dismissal.

As part of our work for the BU Center for Antiracist Research, we partnered with Angela Onwuachi-Willig, dean of the BU School of Law and Ryan Roth Gallo & Ernest J. Gallo Professor of Law, to submit an amicus brief explaining that the “indications-of-innocence” standard is not just wrong, but racist: it prevents individuals from bringing civil claims to hold police accountable for the racist practice of targeting BIPOC with false charges. The “indications-of-innocence” standard also ignores the fact that there are substantial barriers to proving one’s innocence in court—especially for BIPOC, who face racism at each step of the criminal legal system.

Section 1983 is a crucial mechanism for redressing the harms caused by false charges because the process of contesting those charges—even when they are ultimately dropped—can wreak havoc on people’s lives. An accused person may face a police interrogation and pretrial detention for hours, days, weeks, or months. Just a few days in jail can have long-term consequences for one’s employment, housing, education, childcare, physical and mental health, relationships, and reputation.

Even if a person is not detained, they face potentially life-altering disruptions due to recurring court appearances. And for BIPOC, these harms are compounded by racist presumptions of guilt. Black and brown people are more likely to be detained pretrial and receive higher bail amounts, and are disproportionately affected by collateral consequences of involvement with the criminal legal system. These harms do not simply disappear if the charges are ultimately dismissed.

The facts of the case before the court illustrate why the “indications-of-innocence” standard is so harmful. Larry Thompson, a Black man, was arrested and charged with crimes, including resisting arrest, after he refused to allow police to enter his home without a warrant late at night to inspect his one-week-old daughter in response to a false accusation of child abuse. Thompson was restrained and the baby was examined at the house and then again at the hospital that evening. In both instances, it was determined that the baby only had a diaper rash.

Thompson was nevertheless jailed for two days and fought the resisting arrest charges against him for months before the prosecutor dismissed them. He then tried to bring a Section 1983 claim, but was unable to satisfy the “indications-of-innocence” standard because the charges against him had been dismissed. The question before the court is not whether Thompson should win his civil claim; rather, the court will consider whether a person whose case has been dismissed should be able to bring such a claim at all.

We urge the Supreme Court to overturn the “indications-of-innocence” standard and allow victims of false charges to bring claims under Section 1983, even if those charges have been dismissed. Civil remedies such as this are critical for compensating BIPOC who are harmed by false charges and for holding the officers who pursue them accountable.

There are 5 comments on POV: Why Thompson v. Clark Matters for Racial Justice