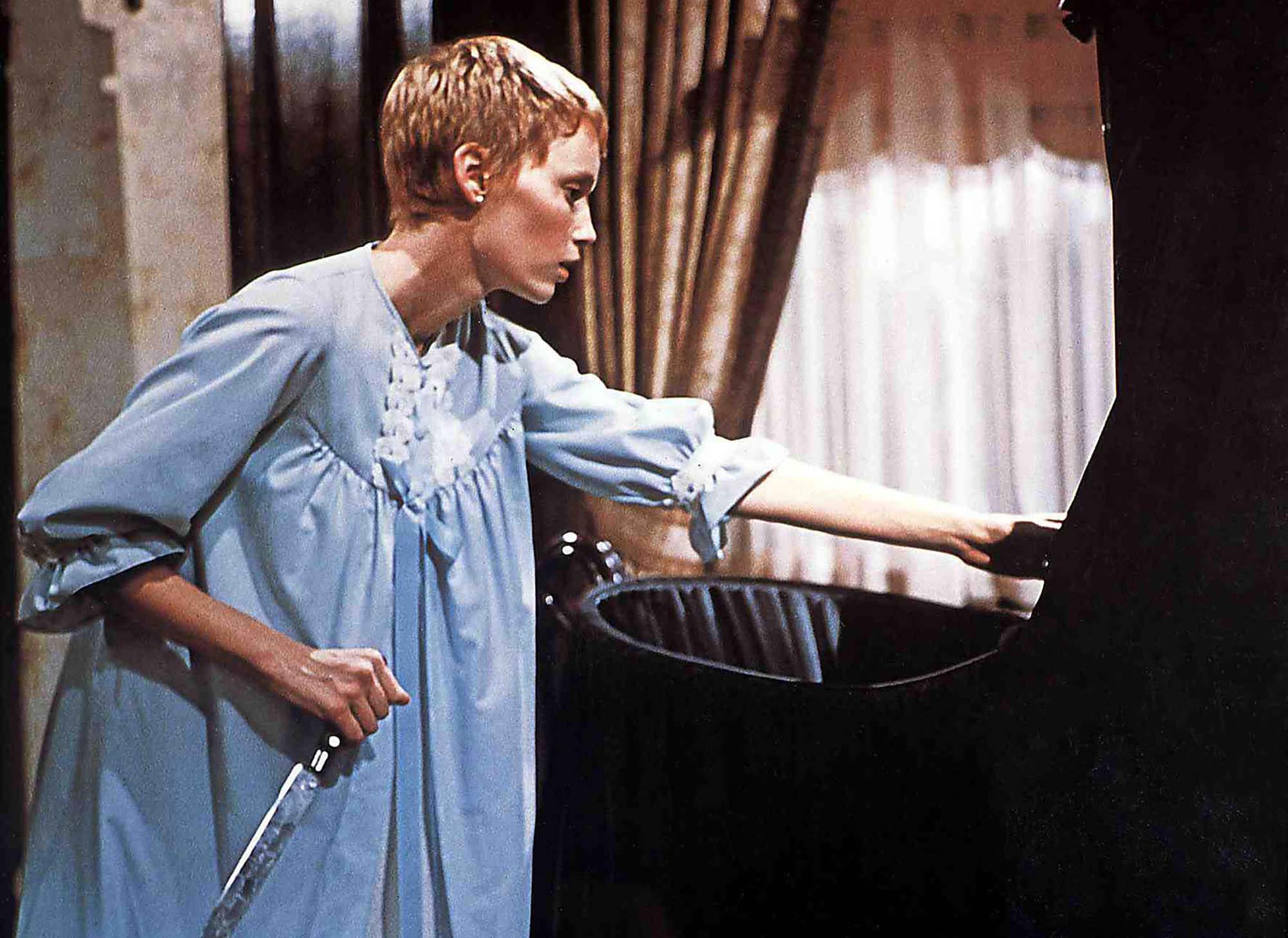 BU’s Regina Hansen says Rosemary’s Baby is the best Satan movie ever made, but not her favorite, because of sex crime allegations against disgraced director Roman Polanski. Photo courtesy of United Archives GmbH /Alamy Stock Photo

Need a Halloween Flick? BU’s Regina Hansen Has Edited a New Book on Satan in Cinema

In Giving the Devil His Due: Satan and Cinema, contributors analyze 125 years of movies about the devil

The Devil starred in what some film historians consider the first horror movie, 1896’s The Haunted Castle. The film features the Prince of Evil scaring and befuddling the hero for the short’s three minutes, until warded off with a cross. Whatever his nom de guerre—Lucifer, Satan, Mephistopheles—the Bible’s biggest baddie has strutted on screen since cinema’s infancy.

Giving the Devil His Due: Satan and Cinema (Fordham University Press, 2021) explores this appeal. Coedited by Regina Hansen, a College of General Studies master lecturer in rhetoric, and her Central Michigan University colleague Jeffrey Andrew Weinstock, the book features essays by scholars on Satanic cinema, from The Haunted Castle to 1968’s Rosemary’s Baby and 1973’s The Exorcist (both Oscar winners) and more recently, 2005’s Constantine and 2015’s The Witch.

Hansen discussed the book, which offers plenty of ideas for this Halloween weekend’s viewing, with BU Today. (Spoiler alert: she talks about the end of The Witch.)

BU Today: Why have Satan movies appealed to filmgoers since the beginning of cinema, including people who may not believe in the Devil?

Regina Hansen: It’s a folkloric appeal. It’s the same reason that people who don’t believe in vampires like vampire movies. More than that, this is the big bad of Western culture, at least since the advent of Christianity. In the Hebrew Bible, Satan is just the adversary, like the lawyer arguing against God, as in Job. But in Christianity, the Devil becomes the great villain of history.

Regina Hansen: Sometimes the heroes act like fanatics. The Witch takes actual lines from The Wonders of the Invisible World, which is Cotton Mather’s account of the Salem witch trials and all the terrible things that Satan will do to tempt you. It’s set in the colonial days with the Puritans; the father in The Witch—the Puritans kick him out because he’s too Puritan. The person who is accused of being the witch is his teenage daughter. That’s something in the 21st century and the 1600s: fear of women, women supposedly easily led astray, fear of women getting power. That film is great, because it’s talking about the past, but it also is talking about now.

[In] Constantine, the character who is the most fanatical is the angel. The Devil is gross and scary, but he’s more reasonable than the angel Gabriel, who is sick of human beings getting away with things, having free will. Every time humans do something wrong, God still loves them. Gabriel is jealous and wants to make humans worthy of God’s love by making them suffer, bringing on the second Apocalypse. The Devil is very much bad, but appears reasonable, and there’s another danger: you can hear politicians who have terrible, scary ideas, but 10 percent of what they say is absolutely reasonable, so you start listening.

In some films, what we’re seeing is humans having to take responsibility for their actions, rather than place them on the Devil or God. We’re supposed to have free will and not blame our decisions on others. The human characters in these later films—the heroic characters—embrace that. In The Witch, you’re ambivalent about what happens, because in the end, they’ve been calling this girl a witch for so long that she says, screw it, I’m going to be a witch and take the Devil’s offer. She’s free and has her own power, but… That’s kind of the [real] world. We put people in these terrible positions—through prejudice and oppressive behaviors—where there’s no good choice.

BU Today: Why should non-scholars, nonbelievers, and non–horror fans care about Satan in cinema?

This figure is ancient, and the films put us in continuity with beliefs and literature and cultural behaviors and theological attitudes and great works of centuries past. And show us that those ideas have relevance in the 21st century. Many people believe in the Devil as a living force. Not just the people who are, like, screaming at you in the street, but respectable religious leaders—Pope Francis, James Martin, who is an intellectual Jesuit [author]. These people have no problem saying, yes, I believe in the Devil as a working force in the world.

We have to wonder why that figure is important to people in a real sense, but also symbolically to people who don’t believe in the supernatural, centuries later, to characterize people we don’t like. Even to the point of just drawing horns on your boss’ picture.

I really like Constantine. Rosemary’s Baby is probably the best of them, [but] it’s very difficult to talk about films made by that particular director [with] praise. [Note: director and screenwriter Roman Polanski was accused of rape, offered to plead guilty to a lesser charge of unlawful sex with a minor, then fled the United State in 1978 to avoid a possible prison sentence.] I also like the ones where the humans win. And we lost that one. I prefer the ones where there’s hope. Because humans do have control over their own destiny.

Need a Halloween Flick? BU’s Regina Hansen Has Edited a New Book on Satan in Cinema

Need a Halloween Flick? BU’s Regina Hansen Has Edited a New Book on Satan in Cinema
0
share this