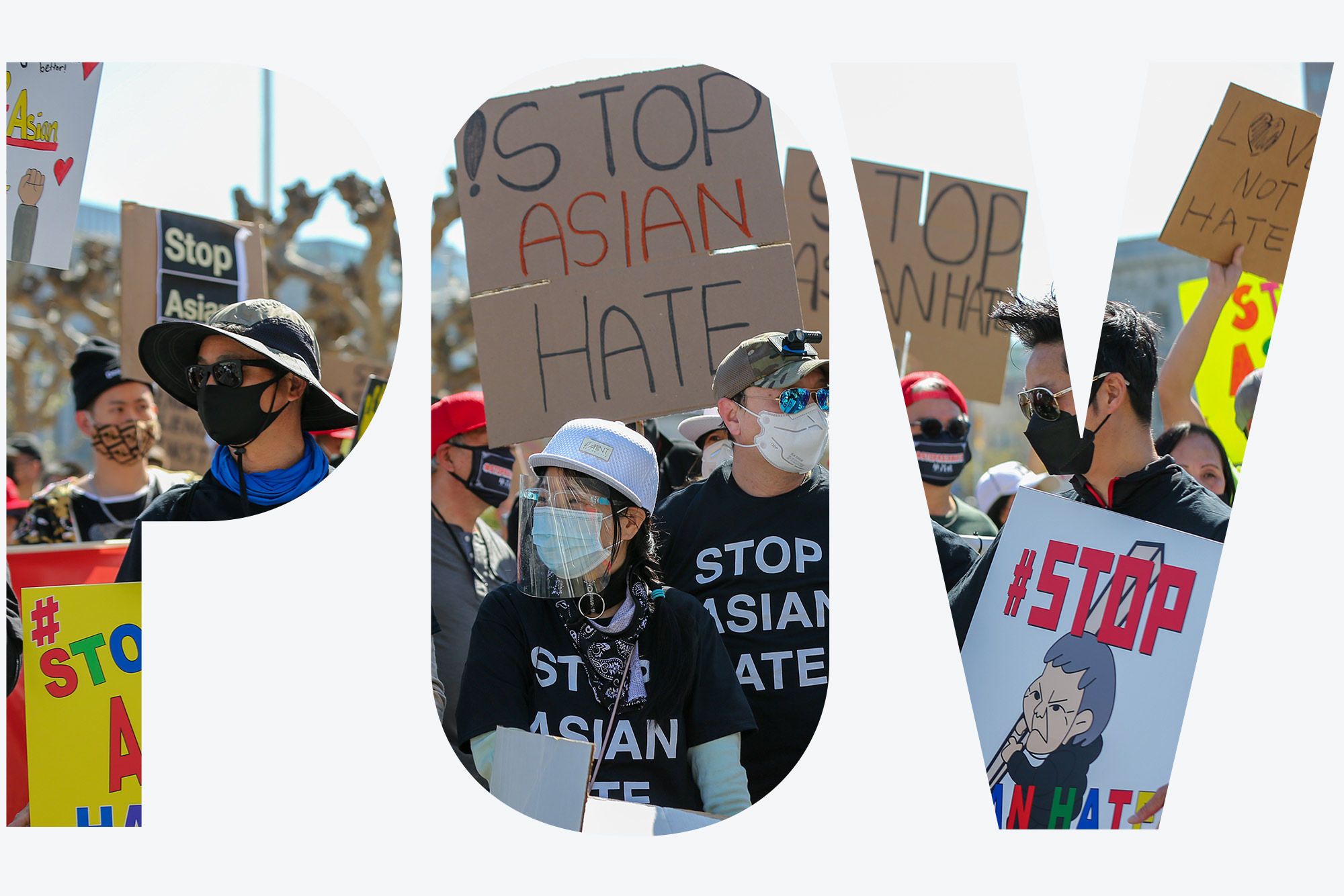 POV: We Can’t Un-Coin “Chinese Virus,” but We Can Tell Our Stories

For Chinese international students, this year’s return to school is tinged with apprehension

This year’s back-to-school season is bound to be different than any other. For Chinese international students especially, this time of the year is taking on a different tone.

In the past, August would have been a time of excitement for Chinese international students at BU. Everyone would be busy signing rental leases, buying secondhand furniture, packing their luggage, and asking around on WeChat (the primary social media platform in China) to find other Terriers who are taking the same flights to the United States.

While I stayed in Boston throughout the pandemic, this September will be the first time that many of my friends are stepping on American soil since March 2020. While we’re all very excited to see old friends, lately I’ve sensed more than just elation in the air. People have asked me questions like, “What’s it like to be Chinese right now?” or “Are you afraid to go outside?”

I have my own experience, of course, but just to hear some more points of view, I brought up the topic with a group of friends during a recent call.

I was the first to share. Back in March 2020, I was at Logan airport with friends, ready to embark on our spring break. At that time, coronavirus cases were at their height in China, and our friends and families were living through it. We heard firsthand accounts of how the virus was devastating cities, so we all wore masks at the airport while nobody else there did.

We were sitting by the gate when four teenaged-looking white boys walked past us. They turned around, fake-coughed a few times, and walked away smirking and chortling.

The conversation among my friends and me then slowly branched out to include other occasions when we were painfully subjugated to degrading Chinese stereotypes.

One girl was once asked if she eats dogs. She knew the person who asked the question, and knew that they had no malicious intent, so she responded jokingly, “Do YOU eat dogs?” Everybody laughed it off.

One guy is from NeiMengGu (Inner Mongolia), which is a northern Chinese region with notable minority populations. He was once asked, “Do you live near a concentration camp?” He didn’t think the question came from any vicious objective either, but it was still a very unseemly question to ask.

Our conversation slowly turned into a discussion of choices. Another girl shared that when she’s in the United States, she often feels obligated to act in a certain way just so that she doesn’t reinforce degrading stereotypes; meanwhile, we rarely stop to ask ourselves, why would our normal actions reinforce any stereotypes at all? Aren’t we just living the way we’ve always lived? For instance, this girl has always liked to eat a fish’s eyes when eating seafood. According to Chinese tradition,  doing so is supposed to give you good vision. But this girl says she doesn’t do so in front of her American friends because “eating weird stuff” might just invite questions like “Do you also eat dogs?”

Eventually, we started questioning what action we should or could take when facing these incidents. For the hate incident that I experienced, that could be reported to the police just like a hate crime should be. If calling the police feels uncomfortable, there’s also the option of reporting hate incidents on websites of organizations such as Stop AAPI Hate, and Communities Against Hate. However, situations that don’t necessarily stem from hate but rather from insensitivity or ignorance fall into a gray area. I want to encourage all Terriers to voice their experiences and thoughts in safe spaces that BU provides, such as the Asian Student Union and the Howard Thurman Center, as outlined in an email sent by the Dean of Students this past March, following the Atlanta spa shootings that claimed the lives of eight people, including six Asian women, and raising new fears about Asian bias. The email provided a list of resources and programs for those who had experienced racist remarks following the Atlanta murders.

To this day, I often think about the smirks on those boys’ faces at Logan as they walked away while I sat frozen. I also think about what our BU alum Martin Luther King, Jr. (GRS’55, Hon.’59) once said: “If you’ve got nothing worth dying for, you’ve got nothing worth living for.” Luckily, we live in a society where life and death aren’t the only choices. I remember my freshman year orientation, where the term “belonging” was the theme. It’s time that we make the conscious decision to understand where people are coming from, to let go of stereotypes and to provide everyone a sense of belonging, wherever they’re from.

Christina (Hang) Yin (COM’22) is a film and television major; she can be reached at hyin@bu.edu.

POV: We Can’t Un-Coin “Chinese Virus,” but We Can Tell Our Stories

There are 2 comments on POV: We Can’t Un-Coin “Chinese Virus,” but We Can Tell Our Stories

POV: We Can’t Un-Coin “Chinese Virus,” but We Can Tell Our Stories
2
share this