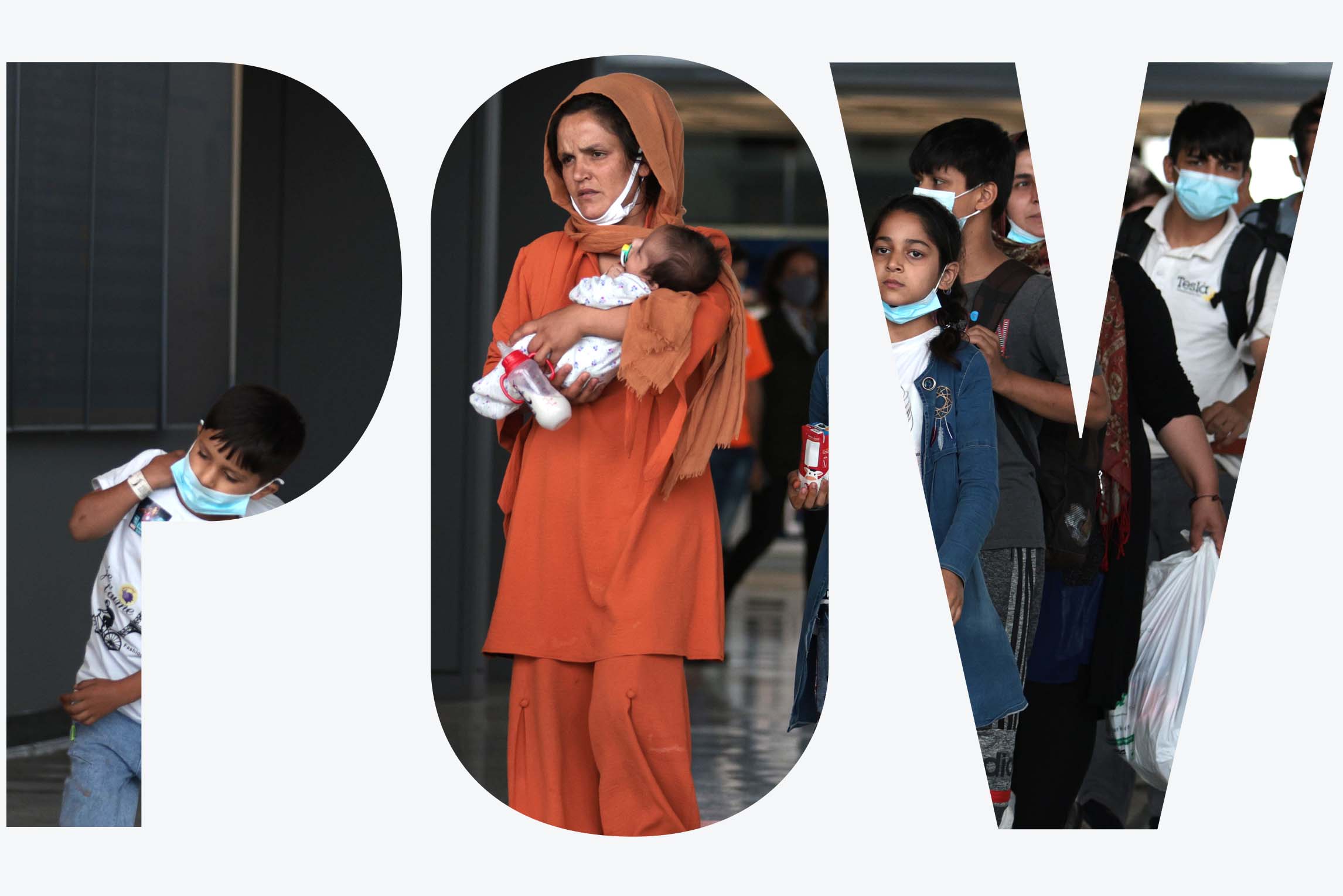 POV: The Importance of Teaching and Learning about Afghan Refugees

The US War in Afghanistan, initiated days after the 9/11 attacks, “is now over,” President Biden announced on Tuesday, August 31, as the last US troops left Afghanistan. In the days before classes began at BU, the media was attuned to the Kabul airport, center of a massive, many would say incomplete, haphazard, and botched, effort to evacuate people desperate to flee the Taliban takeover of Afghanistan. The focus of the media and the evacuation effort was on US citizens and allies who helped the US military. Many Afghans who were vulnerable, but had no formal connection to the United States and its mission, were not on any priority list. For them, and vast numbers across the country who could not make it to the airport, the war is far from over.

Refugees will need to be granted asylum in the United States or another country (a process that may take years) and supported as they seek to rebuild their lives. Yet there is a dearth of funding for, and outright political attacks against, refugee resettlement organizations. Neither the United States nor the rest of the world have provided for the 2.2 million refugees that the fighting in Afghanistan had already sent to neighboring countries like Pakistan and Iran. Afghanistan has seen a massive rise in the numbers of internally displaced people, and the United Nations believes that half a million more Afghans could flee the country by the end of the year. Neighboring countries like Pakistan, which already hosts nearly three million displaced Afghans, are refusing to support additional refugees, all while the ongoing COVID-19 pandemic threatens such vulnerable groups.

Many of us are asking what we at Boston University can do in response to yet another refugee crisis, another humanitarian disaster. Some might say that faculty in political science and international relations will surely teach and research the Afghan refugee crisis. Indeed, we hope that our colleagues in these departments will bring their expertise to the fore in analyzing the drivers of the crisis and its aftermath. But a lot more needs to be done. We are a professor of biomedical engineering and a professor of English and of women’s, gender, and sexuality studies, and we argue that faculty and students from any school and college can and must address the Afghan crisis as just one arm of the much larger, ongoing challenges of forced and irregular migration.

Human displacement is an aspect of human mobility and involves all facets of what it means to be human—including, but not limited to, gender and sexuality, health and well-being, race and ethnicity, religion, creativity, and urban cultures. What about the ethics of data collection in camps, often through mobile phone apps that refugees need to use? Should we not reflect on the writings, art, and literature of those who are displaced and their rich cultural achievements to develop a more nuanced perspective that avoids the risk of assuming refugees are helpless victims? Refugees are not merely people in need of saving, nor are they a particular group of people, somehow specifically vulnerable to displacement. This summer’s mudslides in Western Germany and Belgium, flooding in New York City and the Louisiana coastline, forest fires from California to Oregon, earthquake in Haiti, and the rise in people experiencing homelessness across the world all indicate that forced displacement is a human condition to which we are all potentially, albeit differentially, vulnerable.

Like other important issues of our time, including racism, climate change, and social inequity, forced displacement is our collective challenge and moral imperative—and one that cannot be outsourced to a single department. We celebrate the research of our colleague Neta Crawford, a College of Arts & Sciences professor of political science, who has worked for the past 11 years in a large interdisciplinary team to document the human, economic, and political costs of the US wars in Iraq and Afghanistan with the Costs of War Project.

Our own experience working together to teach a course, conduct research, and offer programs/events through BU’s Initiative on Forced Displacement has reaffirmed that both students and faculty need to work across disciplines to help them understand the many dimensions of forced displacement. Our course, taught with colleagues from political science, law, anthropology, and sociology (among others), includes Kilachand Honors College students from every school and college across BU. We have faced difficult moments in the classroom, such as: do we have the right to discuss and/or represent refugees when we have not experienced displacement ourselves? Can we avoid patronizing narratives and the white savior industrial complex? How might students understand the ongoing suffering of displaced Afghans in relation to the ethical challenges and political failures that have produced informal refugee settlements at the US southern border? How do we ask our students and ourselves to persevere in the face of the inability of academia to solve the problems we discuss?

Such questions emerge more forcefully when faculty and students hail from different disciplines and backgrounds, because our standard approaches and assumptions are exposed. Ultimately, these questions demand that we face our own inadequacy, culpability, and privilege in relation to forced displacement with humility and compassion.

Muhammad Zaman is a College of Engineering professor of biomedical engineering and of materials science and engineering and a Howard Hughes Medical Institute Professor. Among his research interests is healthcare access among the forcibly displaced. He can be reached at zaman@bu.edu.

Carrie J. Preston, BU’s Arvind and Chandan Nandlal Kilachand Professor, is the director of Kilachand Honors College and a College of Arts & Sciences professor of  English and of women’s, gender, and sexuality studies; she can be reached at cjpresto@bu.edu.

Zaman and Preston are cofounders and codirectors of the Initiative on Forced Displacement at Boston University.

POV: The Importance of Teaching and Learning about Afghan Refugees

There is 1 comment on POV: The Importance of Teaching and Learning about Afghan Refugees

POV: The Importance of Teaching and Learning about Afghan Refugees
1
share this