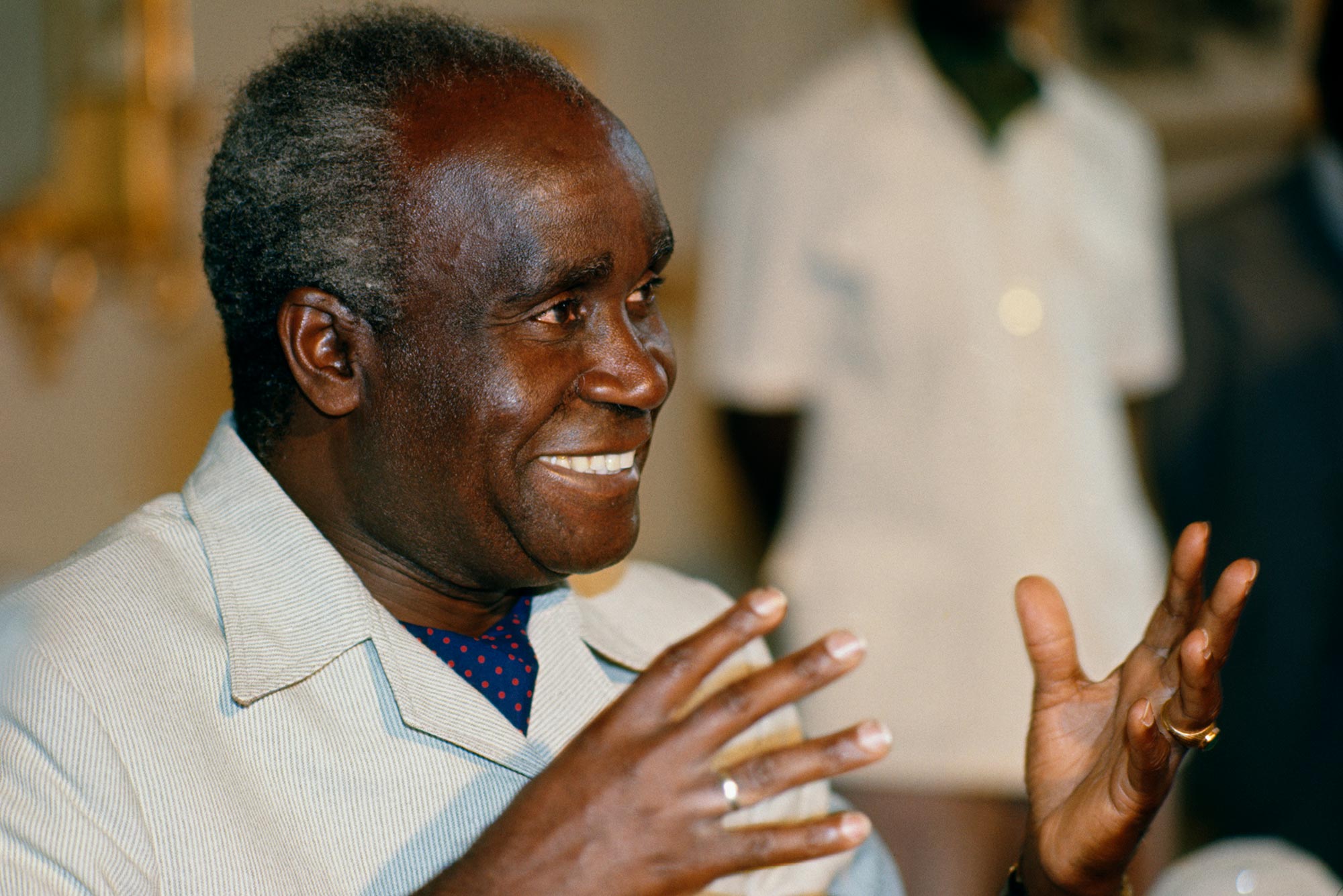 Kenneth David Kaunda, the founding president of Zambia, led his country to independence. Photo by William Campbell/Sygma via Getty Images

Zambia’s founding president, Kenneth David Kaunda, passed away June 17 at age 97. He was a remarkable leader, the last surviving lion of African independence, and—despite some serious lapses—an example of political courage from whom leaders around the world can still learn.

First, he led his nation to independence. Despite being imprisoned several times by British colonial authorities, Kaunda pushed ahead. He visited Martin Luther King, Jr. (GRS’55, Hon.’59) in 1960 and when he returned to Zambia, he directed a series of civil disobedience campaigns that produced full Zambian independence in 1964. As a sign of the enduring mutual respect between Zambia and its former colonial power, London sent Princess Mary, the Princess Royal, to oversee the lowering of the Union Jack. Kaunda then hoisted Zambia’s own colors to the national mast.

Kaunda supported broader African independence, at considerable cost to himself and the Zambian people. He lent political and logistical backing to independence movements throughout southern Africa and hosted South African, Zimbabwean, and Namibian independence leaders and their military encampments. In response, minority governments conducted several armed interventions on Zambian soil and South Africa tried to sever all Zambian exports of its copper to world markets.

Second, Kaunda became only the second African president to permit a peaceful and democratic transition of power. Over time, Zambians chafed at his one-party rule. A global economic downturn and his own ineffective socialist policies crippled the nation’s economy. Kaunda agreed to multiparty elections in 1991, probably expecting a fresh endorsement of his policies. However, Zambians said they were ready for change and elected opposition politician Frederick Chiluba. Rather than halting the vote, denying the outcome, or seeking to overthrow the people’s verdict, Kaunda set an example of respect for the democratically expressed will of the people. He stepped down.

The move was not without consequences. The successor government placed him under house arrest and even temporarily stripped him of Zambian citizenship. One of Kaunda’s sons was shot dead under suspicious, and still unexplained, circumstances. But he persisted and emerged as an elder statesman for Zambia and all of Africa.

Third, in the 1980s, Kaunda undertook what was then an incredibly courageous step. He publicly acknowledged that one of his own children had succumbed to AIDS, and he went on to be a champion in the fight against HIV/AIDS and a great ally of all those working to overcome the scourge of AIDS in Africa. His example helped other African leaders overcome the stigma attached to AIDS so that they could mount policies and programs—with international, and especially American, help—to blunt the pandemic’s terrifying toll.

Kenneth Kaunda was a worthy father of a great nation. Throughout his life, he kindled a sense of unity and shared purpose among Zambians. At every public gathering, he led his people in the chant, “One Zambia, One Nation.” Despite having 73 different tribes, Zambia has never known tribal warfare, thanks largely to his farsighted policies.

At independence, Zambia had perhaps just 100 college graduates. The son of two educators and a teacher early in life himself, Kaunda championed education for all Zambians. A man of deep faith, he supported ecumenical movements within Zambia, as well.

When I served as US ambassador to Zambia from 2010 to 2013, my first call with a Zambian leader was with President Kaunda, as a sign of respect for him and for the nation he built. When we inaugurated our new US embassy in Lusaka in 2011, he was an honored guest. US Assistant Secretary of State for African Affairs Johnnie Carson memorably devoted much of his remarks to honoring him and recognizing the sacrifices Zambia made to support their neighbors’ freedom.

In 2013, when I attended the inauguration of the Zambia Freedom Trail in the capital of Lusaka, fashioned after Boston’s own historic path, Kaunda and other independence leaders shared stories with young Zambians about how their country was born. He stood before Zambia’s Freedom Statue—a man breaking the chains of bondage, who bore  an uncanny likeness to himself—and led the crowd in Zambia’s unofficial anthem—Tiyenda pamodzi ndim’tima umo:  Let us go together with one heart.

Mark C. Storella is a Frederick S. Pardee School of Global Studies professor of the practice of diplomacy and a retired US ambassador to Zambia; he can be reached at mcs32@bu.edu.