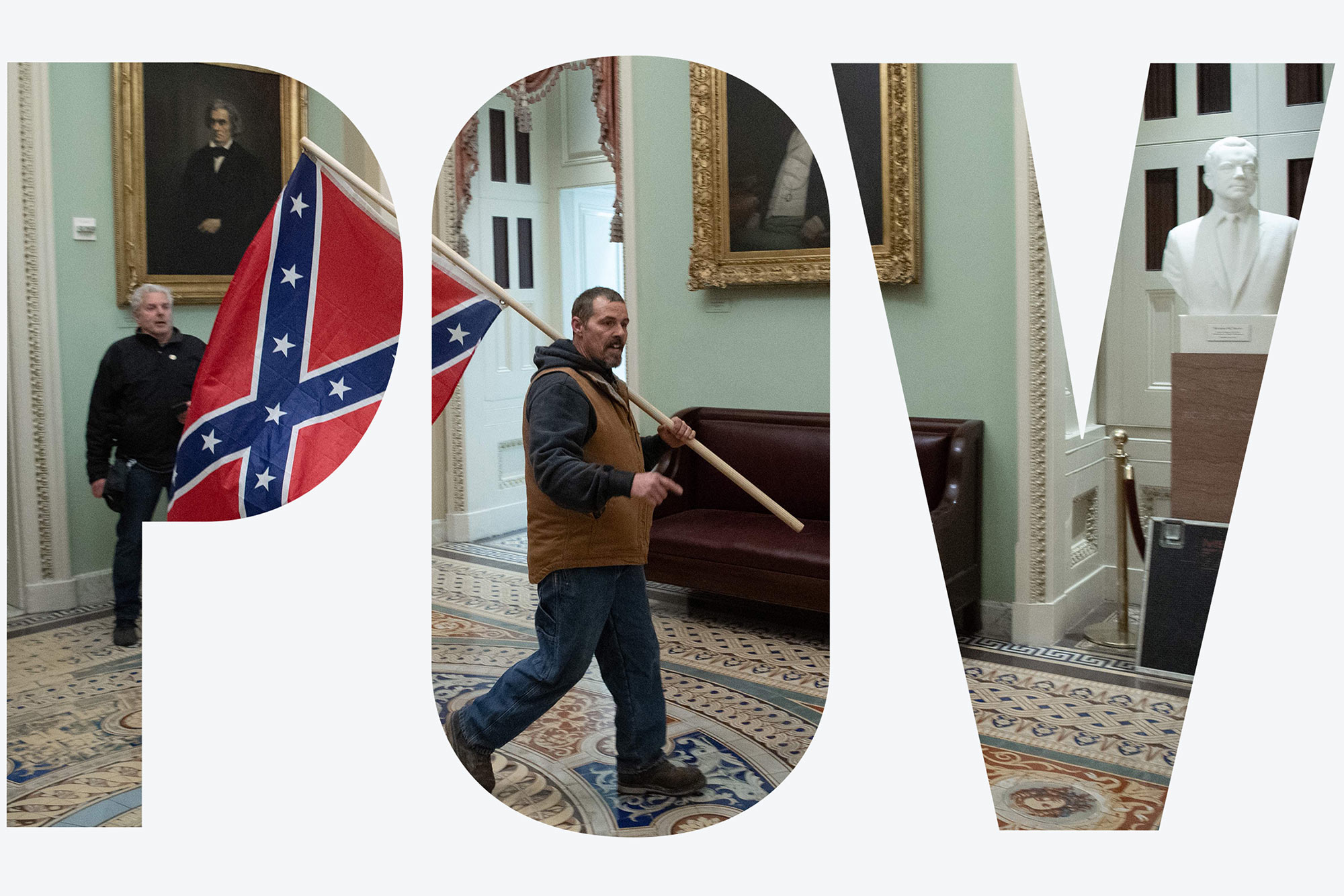 POV: January 6 Insurrection Has Evolved into a Racist Relapse

“We must out-organize the forces organized against antiracism”

The year since the murder of George Floyd has been described as a “racial reckoning.” But the “racial reckoning” appears to have become a racist relapse. Forces organized against antiracism are striking back. Basic freedoms are being undermined, racist violence is rising, and propaganda machines are running full steam ahead.

We are seeing a predictable backlash to the George Floyd protests. But it also represents the latest phase of a cycle of white reaction that reaches back to the election of President Barack Obama. Things only escalated during the Trump regime and, since its defeat, climaxed with the January 6 Capitol attack, which did not end, so much as adapt.

The cultural forces that resulted in the Capitol insurrection have adapted in two ways: into a struggle for hearts and minds through culture war and through a coordinated campaign of disinformation and miseducation. The two are not mutually exclusive, but build on each other.

The first has involved doubling down on Trump era attacks on critical race theory (CRT) and The New York Times’ 1619 Project. CRT is a decades-old body of scholarship focused on explaining racism and power. The 1619 Project explored how slavery was essential to America’s development and key to understanding its present.

It’s been pointed out by many that people who oppose teaching CRT and the 1619 Project often don’t know or understand what either actually says. However, this misses the point.

None of this is about the merits of a theory or a publication on slavery. It’s about assaulting democracy and freedom in order to preserve racial oligarchy, rule based on racism and wealth. And we’ve seen this before. In 1883, Frederick Douglass wrote that “it is a frequent and favorite device of an indefensible cause to misstate and pervert the views of those who advocate a good cause.”

Then, as now, forces organized against antiracism relied on disinformation to discredit antiracism and ultimately defeat it. In a recent essay in Slate, Alice Marwick and Daniel Kreiss explain that misrepresentations of CRT and the 1619 Project are disinformation, mustering “false information, distorted stereotypes, and mischaracterizations as part of a long-term conservative battle against public higher education and the teaching of American racial history. Only by identifying these campaigns as disinformation can we counter them.”

Just like during Douglass’ time, disinformation campaigns aim not only to discredit, but to provoke. Their intent is to inflame and manipulate white reaction for political gain. For example, when some claim that CRT is “racist,” this is code for “anti-white,” a charge that has been leveled against antiracism before.

Disinformation goes hand in hand with miseducation. Racism works through people not understanding how it works. Miseducation is part of the second way the forces behind the January 6 Capitol attack have adapted.

State houses across the country are banning the teaching of CRT, the 1619 Project and any other racism-related subject considered by Trump conservatives to be objectionable. These bans are part of a structural assault that is the complement to culture war. The structural assault aims to preserve racial oligarchy through policy and politics. This includes voter suppression, criminalizing protest, and seeking to silence academics, journalists, and activists.

According to a Brennan Center for Justice Report, at least 389 bills to make it harder to vote were introduced in 48 states thus far in 2021. According to an April PEN America report, at least 100 “anti-riot” bills in 33 states were proposed between June 2020 and March 2021. In addition to stiffening penalties for protesters, some bills have gone as far as to essentially decriminalize vehicular violence. This is in spite of the fact of numerous incidents of protesters being hit by cars during the George Floyd protests. And let’s not forget the vehicular attack on protesters in Charlottesville, Va., in August 2017 that took the life of activist Heather Heyer. Just recently a woman was killed and protesters were injured when a car plowed into them in Minneapolis.

Whether through running them down or through coordinated intimidation, harassment, and slander, protesters are targets. Black Lives Matter activists have been targeted in such ways for years. Journalists are also victims of the backlash. NYT staff writer Nikole Hannah-Jones’ qualifications were disputed when she was considered for tenure at University of North Carolina at Chapel Hill (Jones developed the 1619 Project and wrote the first essay for the series), and journalist Emily Wilder was fired from the Associated Press for a series of pro-Palestinian tweets. Both women were targets of the conservative outrage machine.

Americans must understand the real motives and goals of the current backlash, as well as the stakes involved.

This is a dangerous moment, requiring clear thinking and courageous action.

We must out-organize the forces organized against antiracism. And as we organize, let us draw inspiration from those who came before us, like Douglass. As he said in 1855: “Let us prepare for the battle, and for victory. Already are the masses moving…. The throne of the despot is trembling to its deep foundations. There is a good time coming.”

Phillipe Copeland, School of Social Work clinical assistant professor and assistant director of narrative at the BU Center for Antiracist Research, can be reached at copelanp@bu.edu. This column originally appeared in The Hill on July 17, 2021.

POV: January 6 Insurrection Has Evolved into a Racist Relapse

There is 1 comment on POV: January 6 Insurrection Has Evolved into a Racist Relapse

POV: January 6 Insurrection Has Evolved into a Racist Relapse
1
share this