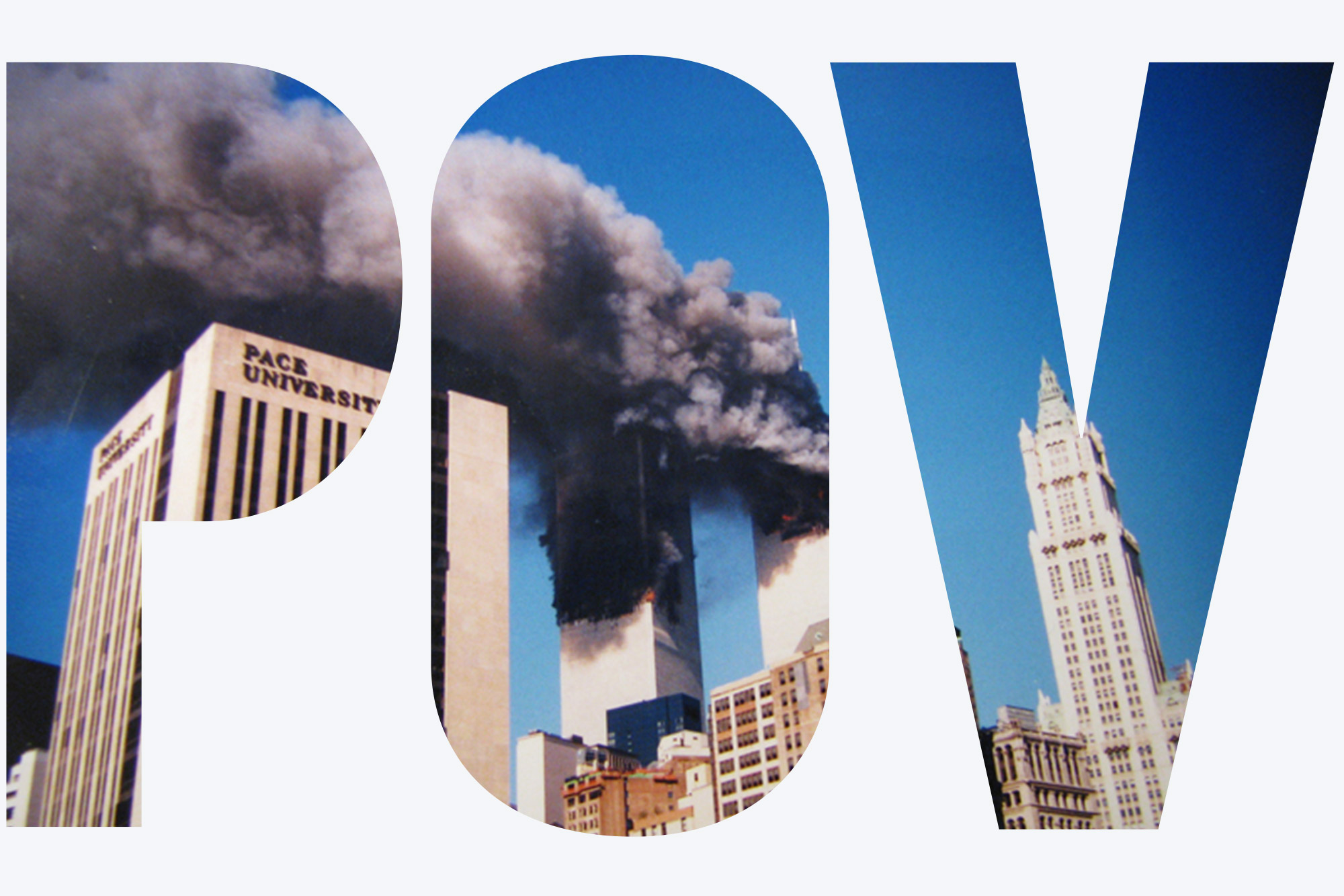 SPH Dean Sandro Galea on how the lessons we learned that day might help us prepare to mitigate the consequences of other large-scale events, COVID in particular

Twenty years ago, at 8:46 am on September 11, 2001, American Airlines Flight 11 crashed into the North Tower of the World Trade Center, followed, 17 minutes later, by United Airlines Flight 175, crashing into the South Tower. Two other hijacked planes, American Airlines Flight 77 and United Airlines Flight 93 were hijacked that same day, crashing respectively into the Pentagon and into a field in Pennsylvania. Nearly 3,000 people died on September 11, 2001, and about 6,000 people were physically injured. The immediate aftermath of the attacks cost at least $10 billion in property damage and about $3 trillion in total costs. The long-term global consequences of the attacks continue to be felt to this day—9/11 resulted in the launch of global wars in Iraq and Afghanistan, with about 500,000 people dying in Iraq and likely a comparable number of deaths in Afghanistan.

I was in New York City on 9/11, just starting my career as an epidemiologist. Along with millions of New Yorkers, I watched with horror as the World Trade Center unthinkably collapsed. Stunned by the obvious destruction, our team quickly became concerned with the potential longer-term mental health consequences of the attacks. Working with colleagues around the country, we designed and conducted a series of studies aimed at documenting the mental health aftermath of the attacks in New York City. The first study, conducted a month after the attacks, was one of the earliest to show that large-scale attacks like 9/11 can affect populations far beyond just those groups who were directly exposed to the events themselves. We estimated that about 7.5 percent of Manhattan residents had post-traumatic stress disorder (PTSD), and 9.7 percent had depression that month, for a total of approximately 67,000 persons with PTSD and 87,000 with depression. This suggested a prevalence of PTSD and depression two to three times higher than what one might have expected at baseline.

We subsequently studied residents in the entire New York City metropolitan area, finding a substantial burden of PTSD and depression throughout the region. Other work showed that the burden of mental illness subsided over the first six months among most of those affected, even as it persisted in a small but important subgroup who continued to experience mental illness years after the attacks. This was particularly the case among direct witnesses to the attacks.

Studies by other research groups have documented the full range of the attacks’ long-term health consequences, evincing strong associations between exposure to the attacks and mental illness—including substance abuse and respiratory illness, particularly among rescue and recovery workers. Ongoing studies continue to monitor many of those who were exposed to 9/11, and this long-term work will undoubtedly document more definitively the physical health consequences of the disaster.

At this point, we probably have more research documenting the health consequences of the 9/11 attacks than we have for any other disaster in human history. Several books have since compiled the state of our knowledge about the consequences of disasters, including one I coedited about a decade after 9/11. Before the attacks, the study of trauma and its consequences focused, with few exceptions, on interpersonal trauma affecting individuals. The 9/11 attacks exposed us to an entirely new world, where large-scale disasters had effects that were experienced by hundreds of thousands of people at the same time, affecting the health of entire populations.

We now face a disaster that is in many ways of even greater magnitude than 9/11, in COVID-19. The pandemic has killed over 600,000 Americans, and millions around the world. At one point, the daily death toll in the United States was so great that it exceeded that of 9/11. In addition to challenging our physical health, the pandemic has also undermined mental health in ways we are just beginning to fully understand. In research conducted during COVID, we found depression prevalence to be threefold higher in the United States than before the pandemic struck. Recent reports suggest as many as 42.4 percent of adults in the United States continue to report symptoms of anxiety or depressive disorder. These outcomes were strongly mediated by socioeconomic context. In another study, for example, our team found that more assets—like income, savings, home ownership, marital status, and education—helped lower the level of probable depression among populations—the more assets someone had, the lower their level of the disease.

First, the consequences of traumatic events are pervasive. September 11 was perhaps the first disaster experienced in real time by millions, as an increasingly interconnected world allowed people all over New York City to know that they were under threat—and to experience the consequences of that fear—in real time. Billions around the globe were able to watch what was happening and see the world change literally in front of their eyes. The scientific work after the attacks showed us, perhaps not surprisingly, that the scope of the consequences of 9/11 did not stop with those who were in or near the twin towers, but affected whole populations. Subsequent research about other large-scale events—including, perhaps most notably, Hurricane Katrina in the southern United States and bombings in the United Kingdom—have confirmed and extended what we learned after 9/11: that large-scale terrorist attacks or disasters have consequences that shape the health of whole populations, changing the trajectory of health for decades after the attacks. This unfortunately teaches us that the challenges to population health are very real and potentially devastating for thousands after an attack, and that a responsive system needs to be prepared to deal with these consequences both in the short term and in the long term.

Second, the consequences of traumatic events extend well beyond physical injury. Standard accounts of the 9/11 attacks suggest that 6,000 people were injured that day. But that is only the tip of the iceberg. Behavioral illness—including PTSD, depression, and use of substances—will affect far more people than just those who were physically injured by these events. Behavioral illness is also tightly interlinked with the expression of a broad range of other illnesses, including, for example, asthma and respiratory disorders. The full story of the health consequences of 9/11, particularly among direct survivors and rescue workers, remains to be written, and it is likely that the full range of consequences of the attacks extends across generations, as several studies have now documented the intergenerational transmission of the health consequences of PTSD and other psychiatric disorders. This suggests the need for health system sensitivity to the potential consequences of these events, with the long-term surge capacity to effectively tackle a fundamentally different picture of population health.

While many of us have moved on from the experiences of 9/11, thousands of others continue to live with the consequences of that day, every day. It seems to me that perhaps the best way, maybe the only way, to honor the victims of 9/11, and the millions who have been killed or harmed in its wake, is to make sure we do not forget what we learned after the attacks, and to apply these lessons as we address disasters going forward. In particular, it would be fitting indeed if the lessons learned as a consequence of the sorrow of 9/11 could be used to reduce suffering in this COVID moment, the legacy of one tragedy helping to ease the burden of another.

Author’s note: I refer to work I conducted, but that is a simplification for the sake of writing efficiency. I had the privilege of being a part of large teams of investigators across the world who conducted this research. I acknowledge in particular epidemiologist David Vlahov, a Yale School of Nursing professor, and Dean Kilpatrick, a University of South Carolina professor of medicine, both of whom I worked with at Columbia University and without whose mentorship I would never have had the opportunity to conduct any of this work.

Sandro Galea, Robert A. Knox Professor and dean of BU’s School of Public Health, can be reached at sgalea@bu.edu. Follow him on Twitter @sandrogalea.