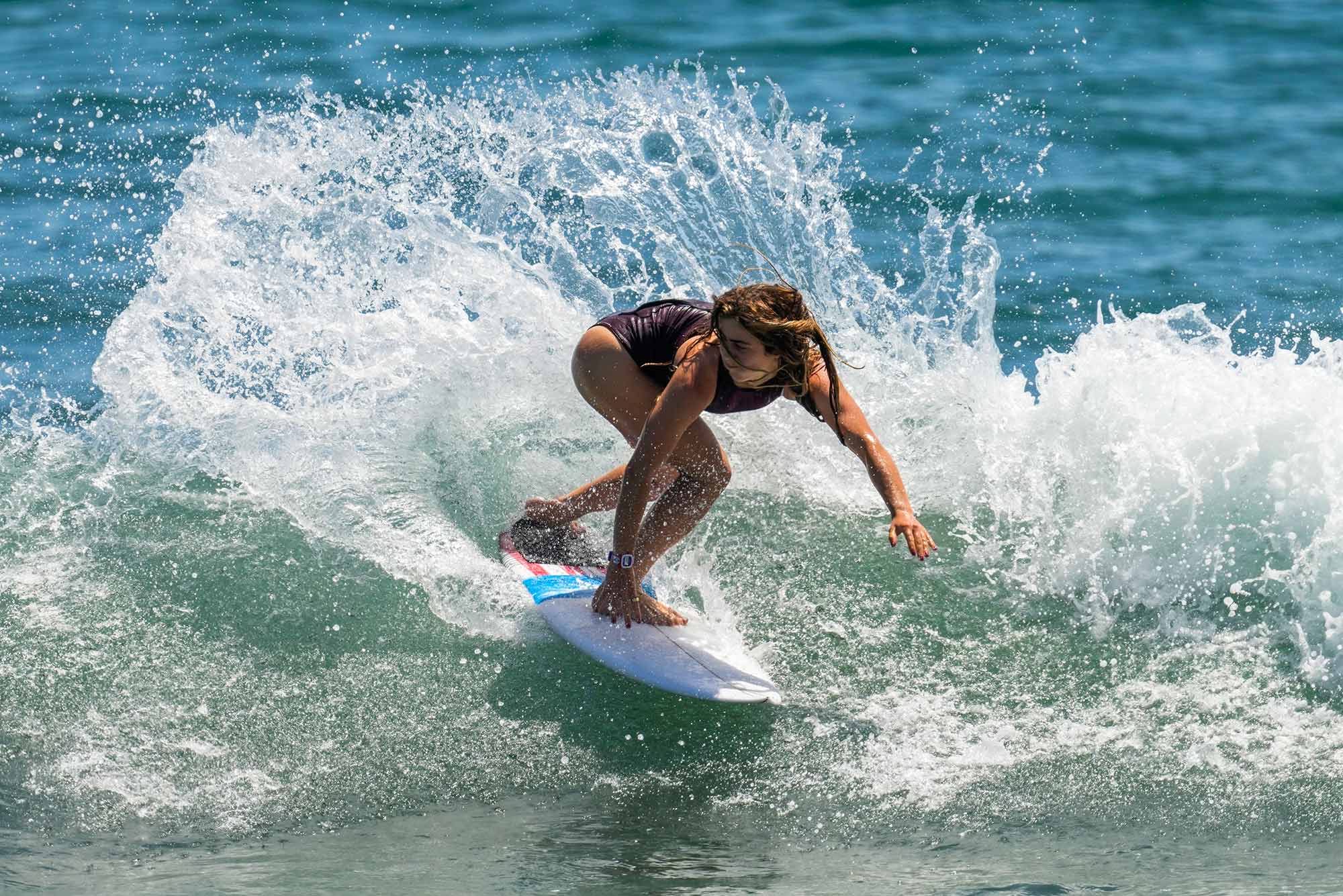 Caroline Marks, an American professional surfer, rides a wave on July 22 at Tsurigasaki Beach in Ichinomiya, Japan, during a training session for the 2020 Tokyo Olympic Games. Photo by AP/Francisco Seco

The rescheduled 2020 Tokyo Olympic Games finally begin on Friday. In addition to being a long-awaited return to Olympic competition, this summer’s Games will feature six new events and three spin-offs of existing events that are sure to entertain, and possibly also confuse, fans across the globe.

The International Olympic Committee authorizes its host cities to propose new events ahead of each Olympics, often introducing emerging sports or games that are popular in their country. This year, the Tokyo Olympics were expanded to include a record-high 339 medal events.

One of the brand-new Olympic sports is skateboarding, and there are already plans for it to continue in Paris in 2024. Men’s and women’s competitors will cover park and street divisions: park skateboarding will be held in courses in smooth concrete bowls—like massive, empty swimming pools—and street skateboarding will be around courses with real-world objects like rails and stairs. A panel of judges will score each run.

Surfing will also be added to this year’s and future Games, serving as another example of the increasing popularity of action sports. The event will be held at Tsurigasaki Beach, and the date will be determined based on the best wave conditions. Six surfers from the United States will participate, spanning across both the men’s and women’s divisions.

Sport climbing is one of the youngest sports to debut at the Olympics, officially becoming an organized sport only in 1985 and growing rapidly since. While climbers usually specialize in one area—speed, boulder, or lead—Olympic climbers will take on all three disciplines, putting together a combined score that will be used to name the top overall male and female climbers.

Karate is at the opposite end of the age spectrum, finally debuting after its origins centuries ago. The event will test three weight classes of male and female athletes in kata, a solo competition to assess technique, and kumite, based on one-on-one sparring. Though it will not be renewed at the Paris Games, karate is a staple of Japanese sports history and an exciting one-off addition.

Baseball and softball will both be restored to the Games after their removal in 2008, though neither will appear at the 2024 Olympics in Paris. Both will feature a six-team tournament, with  baseball hosting the Dominican Republic, Israel, Japan, Mexico, South Korea, and the United States, and softball welcoming Australia, Canada, Italy, Japan, Mexico, and the United States.

When these sports were last played in the 2008 Beijing Olympics, Japan defeated the United States to take the softball title, while South Korea overcame Cuba in baseball. As the home of the respected Nippon Professional Baseball league, Japan has long been a baseball hot spot, producing star players, such as recent Major League Baseball phenom—on the mound and at the plate—Shohei Ohtani.

Basketball fans will be eager to see the Olympic debut of three-on-three basketball, reducing the size of teams from five players to three and cutting the court in half. There will be men’s and women’s brackets, just like traditional Olympic basketball, but games will be played outdoors and completed when a team reaches 21 points or when a 10-minute buzzer sounds.

BMX freestyle will be offered as an extension of cycling, branching off of BMX racing, which has been an Olympic sport since 2008. Just like with skateboarding, BMX freestyle will revolve around the athletes’ performance in an isolated BMX park. Riders will get multiple attempts to execute their best tricks, and judges will be on hand to select the winners.

The final introduction is mixed team events, encouraging competition regardless of gender. Swimmers will compete in relay teams with two men and two women, male and female archers will face off head-to-head, and triathletes will join forces on the track for a relay of two men and two women.

Additionally, judo will form teams across six divisions between both genders and three different weight classes, track and field will be held as a relay with two men and two women, shooting will pair male and female athletes, and table tennis will be conducted as a mixed doubles event.

Spectators will not be allowed at the 2020 Tokyo Olympic Games, as announced earlier this month. However, fans will still have plenty to look forward to with these new sports and countless classics being broadcast internationally between July 23 and August 8. American viewers can enjoy the action through NBC’s media channels, such as NBCOlympics.com and Peacock.