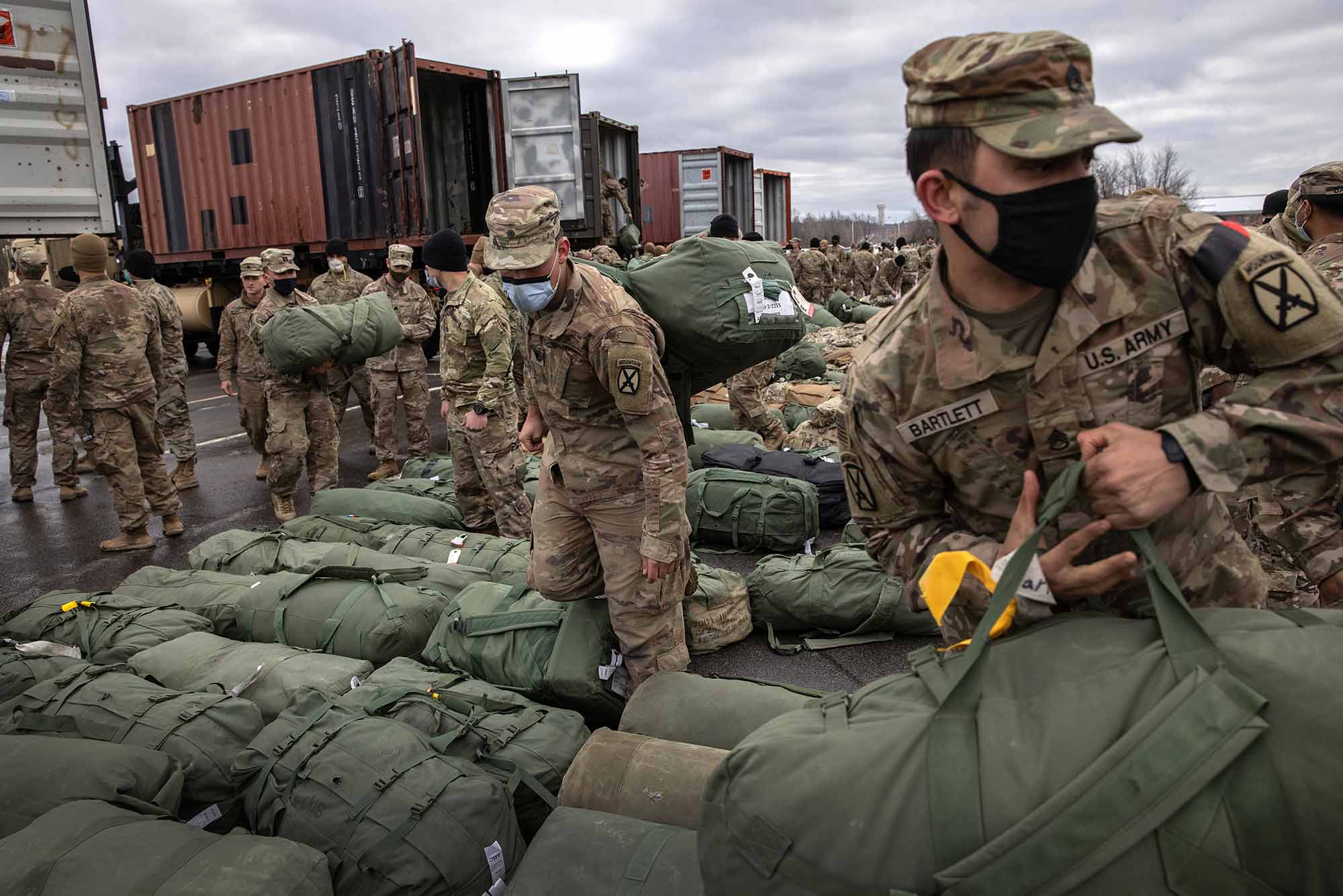 US Army soldiers returning home from a nine-month deployment to Afghanistan on December 10, 2020, at Fort Drum, N.Y. Four months later, President Biden announced his plan to withdraw all US troops from Afghanistan by September 11, 2021, 20 years after 9/11. Photo by John Moore/Getty Images

Is Pulling US Troops Out of Afghanistan the Right Move?

Pardee professor, who was with President Bush on 9/11, says Biden’s decision is risky—but right

This September will mark 20 years since 9/11, and by the time that grim anniversary arrives, President Joe Biden said this week, all American troops will have been pulled from Afghanistan, ending a war that has seen more than 2,400 American service members killed and has cost trillions of dollars.

Biden’s decision is one that previous administrations, both Democrat and Republican, have avoided. It will bring an end to the longest conflict in US history, which started after 19 hijackers commandeered four packed planes over US skies on September 11, 2001, flying two of them into the World Trade Center in New York City, and a third into the Pentagon in Arlington, Va. The fourth plane crashed in Shanksville, Pa., after passengers took on their hijackers mid flight. In all, 2,977 people died in the attacks, the deadliest day in US history, and more than 25,000 were injured. (Boston University lost 34 alumni on 9/11.)

On that day, Jack Weinstein was a colonel in the US Air Force, a station commander at Offutt Air Force Base near Omaha, Neb. It was that base President George W. Bush flew to after learning of the attacks. BU Today spoke to Weinstein, who is now a Frederick S. Pardee School of Global Studies professor of the practice of international security, hours after the news broke of Biden’s decision to withdraw from Afghanistan.

This interview has been edited for clarity.

BU Today: What was your reaction to President Biden’s announcement? Is this the right call, or as critics are saying, is it only going to destabilize Afghanistan?

Weinstein: I think it’s a risky move. In every single military school I went to, you learn that before you get into a conflict, the number one thing you think about is how you will get out of it. We got into Afghanistan based on emotion and not based on what was best for the country at the time. We failed to understand history. Unless the United States planned to be there forever. We lost 2,400 Americans who were killed. Countless others were wounded. Now we’re at the end of 20 years.

Weinstein: Politically, Biden will take a beating from one side who thinks we need to be there for support. My concern is twofold. One is that I am extremely happy the United States will get out of an unwinnable experience. And we’ve lost enough American lives over there, and it’s time to cut bait and leave. I also hope we can learn from history about what to do and what not to do. We don’t always learn well. Look at Vietnam. I’m not saying this is Vietnam, but getting out of it is good.

But the other side of me says this will be rough. I think about Afghan women, who may be under a regime where they are not respected and will not be able to go to school anymore. They will revert to the way they were treated before the United States got there. And also, all those Afghan soldiers supported by the United States have just been abandoned. So I think the president was in one of those no-win situations. Either keep troops there forever, or make the decision to leave.

BU Today: Is one of the challenges with a war like this that Americans back home become numb to it, forget it’s even happening?

Weinstein: I was there in 2005, and I remember landing at Denver International Airport, the only guy in uniform. And it was like there was no war going on. Everybody at the airport was just drinking and eating and laughing. Even though a war was going on, there was no sign of it here. It is really bad when the United States has an army that is not reflected by the people who it’s supporting. A lot of people don’t know people serving in the military.

President Biden saw the trend, and there was no good way to go about this. He has problems internal to this country that we need to focus on domestically. People will say it’s the worst decision, but overall, I think we need to get out and move on. The lesson here is this is not about President Biden getting us out of the war, but people need to question President Bush getting us into the war.

I equate it to the beginning of World War I. We are forgetting that in war, people die, people get injured, people get PTSD, and we forget all about that. The military is populated by great Americans that are a small subset of the population.

BU Today: Why is it important for the United States to get out now, at this moment?

BU Today: Is there symbolism in Biden’s decision to pull troops this year, knowing that September will be 20 years since 9/11 happened?

Weinstein: I do think there is something to the symbolism for the American public. They will remember we are still there. I think people forget we have people there. But he cannot pull a President Bush and stand on an aircraft carrier and say, “Mission accomplished.” His words have to be very careful. We did not win in Afghanistan. We may have killed really bad people, but we didn’t win.

Weinstein: The Taliban that we tried to kick out of Afghanistan are back again. Not the same people, but they are back again, so we will leave and the Taliban will move back in. The only way it becomes a victory is if the Afghans are able to control the country and protect Afghanistan civilians.

How did the United States think we were going to create a stable democracy there, when creating a stable democracy in our own country has been a painful experience? Have we trained the Afghan military enough, and put enough reforms in place, so that at least in Kabul we can have young girls going to school and not getting attacked, and make it possible for people to raise families? That is universal. People just want to raise their children safely.

BU Today: So what would you say to Senate Minority Leader Mitch McConnell (R-Ky.), who came out immediately after Biden’s announcement and said it was “reckless” and “a grave mistake”?

BU Today: So will the lessons from Vietnam and Afghanistan and Iraq mean that we won’t get into another war like these?

Weinstein: No. We are destined to make the same mistakes. I know that comes off really negative. Militaries learn when one of two things happen. They learn from failure. The biggest thing we can learn from Afghanistan and Iraq is you need to understand the domestic environment of a country, and the clear rules if we are going to war. Using military power should be the last thing we do, and not the first thing we do. It appears for some administrations, they want to use military power first, not last. We should lead with diplomacy, not the military.

BU Today: Last question. Can you talk about your experience on 9/11?

Weinstein: That’s very interesting. I was in the US Strategic Command center, near Omaha, Neb., with President Bush. We were in a major exercise. I was working a swing shift, 2 to 11 pm. I was out for a jog in the morning, and came home and the Twin Towers were on fire. I got dressed for work, and as soon as I drove on to the base, I saw Air Force One land. I go into the command center, after going through Secret Service, and President Bush was probably 20 feet from me. I took over my shift, and our responsibility at the time was ensuring that the president could communicate with the vice president and secretary of defense. It was clear President Bush was in charge. So I was there at the beginning of this. It was a life-changing event.

Pulling Out of Afghanistan: Is President Biden Making the Right Decision?

There are 4 comments on Pulling Out of Afghanistan: Is President Biden Making the Right Decision?

Pulling Out of Afghanistan: Is President Biden Making the Right Decision?
4
share this