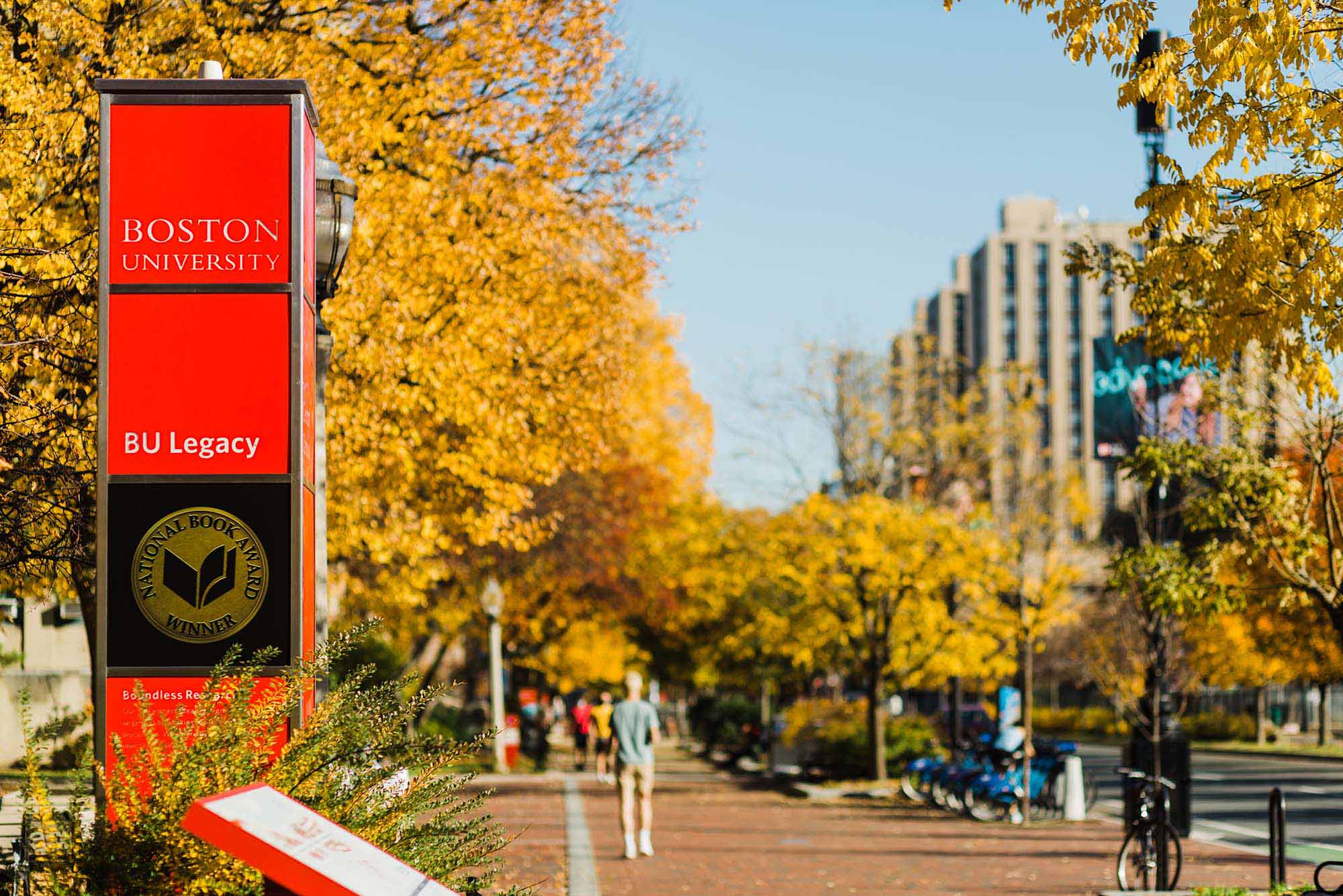 Five days after imposing a moratorium on all activities at the Kappa Sigma Fraternity chapter at Boston University while an investigation into allegations of sexual assault got underway, the Dean of Students (DOS) Office announced on Wednesday that it has suspended the local chapter.

“Effective immediately and until further notice, your organization, the Mu Psi Chapter of Kappa Sigma Fraternity, is suspended from official recognition by Boston University,” wrote John Battaglino, assistant dean of students and director of student activities, in a letter to the organization’s chapter president, Albert Kelleher (CGS’20, Questrom’22). Battaglino said in the letter that he had notified the fraternity on October 22 that its members would be individually meeting with Kenneth Elmore (Wheelock’87), associate provost and dean of students, to discuss allegations, and in the meantime, all meetings, social events, and other activities had to be approved by the Student Activities Office (SAO).

But Kappa Sigma hosted a social gathering on October 22 and a chapter meeting on October 25, two moves that led to the suspension. “Until further notice, you may not continue operations as an affiliate of or as a student organization recognized by Boston University,” Battaligno said. (The letter does not specifically mention sexual assault allegations; rather, the fraternity is suspended because it met after it was explicitly told not to.)

In an interview with BU Today, Elmore says Kappa Sigma was told by the DOS that his office needed to meet with each member during the investigations into anonymous reports of sexual assault. “I told them that before they did any more programming they would need to get my approval,” Elmore says. “They did not do that, so we moved to suspend them.”

BU’s action comes amid a national reckoning on Greek life nationwide. Both the New York Times and the Chronicle of Higher Education have written about a national movement against historically white fraternities on college campuses across the country in the wake of reports of dangerous hazing, binge drinking, and sexual assault at some chapters. Some of the backlash comes from within fraternities, with members themselves questioning Greek life.

Since the start of the fall semester, students at nearly 20 colleges across the country have been protesting against what they describe as a culture of sexual assault and drug abuse at fraternity parties, according to a Chronicle article in early October. Some demonstrations have drawn hundreds of students, some in response to a single allegation of sexual assault. Students are not merely asking for reforms of Greek life, but they want fraternities to be shut down, the Times reported. The University of Missouri recently suspended all fraternities while it reviews the Greek life system, and the University of Southern California took similar action because of repeated allegations of sexual assault.

At BU, SAO’s action came in the wake of student-led protests focused on alleged sexual misconduct on the part of members of the local Kappa Sigma chapter at a Family & Friends Weekend event and at the house in Allston where a number of Kappa Sigma members live and where the fraternity’s parties, events, and other activities are held. (Unlike at many other colleges and universities, there are no University-sanctioned sorority and fraternity houses on campus, and members typically live together off campus).

On Monday, Student Government introduced a bill calling for the removal of Kappa Sig as a BU organization and asked the University to commit to “suspending, removing, and disbanding organizations that have a history of sexual misconduct.” The topic has been extensively covered by the Daily Free Press, including in an editorial on Monday headlined “Kappa Sigma’s Student Activities Office-affiliation should be removed.”

In response to a request for comment from BU Today, Mitchell Wilson, executive director of the Kappa Sigma national organization, said in an emailed statement Tuesday that the organization was “aware that our Mu-Psi Chapter of Kappa Sigma suspended two members of the Chapter for alleged violations of the fraternity’s Code of Conduct,” which forbids assault “in any form or fashion.” And, according to the statement, the national chapter reported the allegations to BU’s Student Activities office.

Further, the statement said the fraternity “encourages any person who has been assaulted to go to the police or local authorities and file charges against the perpetrator immediately.”

Kelleher, BU Kappa Sigma president, has declined to comment on the allegations or the investigation, instead referring questions to Wilson.

Prisha Sujin Kumar (CAS’22), a Student Government senator and cofounder of Campus Survivors, a student group dedicated to supporting survivors of sexual assault and working to erase the stigma that many survivors feel in talking about being sexually assaulted, published two open letters to University administrators last winter. In them, she criticized BU leadership for what she described as a lack of empathy and their “indifference” when punishing organizations that have had repeated accusations of assault and harassment. She specifically called out the toxic behavior of Kappa Sigma, which she called a “repeat offender,” although she did not give details about specific cases of assaults. “They have countless stories of assault and harassment, and their executive board is silent,” she wrote. “They are harboring abusers instead of expelling them, and because of this, they are playing a role in the ongoing rape culture at Boston University… It is terrifying to see how this institution has not publicly taken any action against them, and it is time we change that.”

Shortly after, Kappa Sigma released a statement on Instagram promising change and a renewed commitment to combating harassment and sexual assault. That letter cannot be posted as Kappa Sigma’s Instagram page is now set to private, and its Facebook page has been deleted.

Other student groups demanding action from the University include the College of Arts & Science Student Government, the BU chapter of It’s On Us, the BU Mental Health Committee, and 16K Strong.

Carrie Preston, Chandan Nandlal Kilachand Professor and Kilachand Honors College director and a College of Arts & Sciences professor of English and of women’s, gender, and sexuality studies, commends students for speaking out. “I am very happy that the students are protesting and continuing to call attention to sexual misconduct on BU’s campus and elsewhere,” she says. “I absolutely believe that sexual misconduct on University campuses is rampant, including at BU.”

She says that while she couldn’t comment on the allegations against Kappa Sigma, she is glad the University was investigating them. “I believe that the University takes these allegations very seriously,” Preston says. “That is not to say that I don’t think the University could be doing more. I think that all of us are part of a culture that enables sexual misconduct—that glorifies it to one extreme and brushes it under the table to the other extreme. And students—and faculty, administrators, the entire community—need to be part of changing this culture.”

Not the first time

This isn’t the first time Kappa Sig has landed in hot water. In 2015, BU withdrew its recognition of the fraternity following its cosponsorship of a so-called “University Blackout” party, promoted with sexually suggestive, misogynist videos and photos. Among other restrictions, de-recognition means that the frat may no longer recruit members, sponsor events and activities, or use University rooms. They were recently allowed back in good standing after a series of conversations with the Dean of Students Office, and in light of the fact that the fraternity has a new cohort of students.

According to the fraternity’s information page on the Student Activities website, Kappa Sigma’s Mu Psi chapter is the largest, most diverse fraternity on campus and is “values-based,” dedicated to its four pillars of fellowship, leadership, scholarship, and service. Kappa Sigma’s BU chapter was founded in 1987.

“I think this is part of a growing movement of people around the country questioning fraternities around all kinds of things—sexual violence, drinking, race,” says John Hechinger, a senior editor at Bloomberg News and author of True Gentlemen—The Broken Pledge of America’s Fraternities (Public Affairs, 2017), an examination of fraternity culture that focused on Sigma Alpha Epsilon, one of the nation’s largest and most prominent fraternities. “They’re [the fraternities] colliding with the wave of outrage over how women are treated. It’s becoming harder for them to justify their behavior.”

Citing a National Institute of Justice study on campus sexual assault, Hechinger writes in his book that female college students who go to frat parties are one and a half times more likely than women who don’t join the parties to become victims of what researchers call “incapacitated sexual assault.”

This is not the first time students on college campuses have demonstrated against Greek life or that universities have shut down fraternities, or imposed moratoriums, he says, adding that those actions have generally been reversed in a few weeks or months, or within a year or so.

“It’s a very tough moment for Greek life,” Hechinger says, referring to the ongoing nationwide protests. “But one thing is clear—fraternities are unbelievably powerful and resilient and they bounce back. Alumni are very powerful. Students like to join sororities and fraternities. It’s a real challenge for universities.”

There are 8 comments on BU Suspends Kappa Sigma Fraternity Chapter