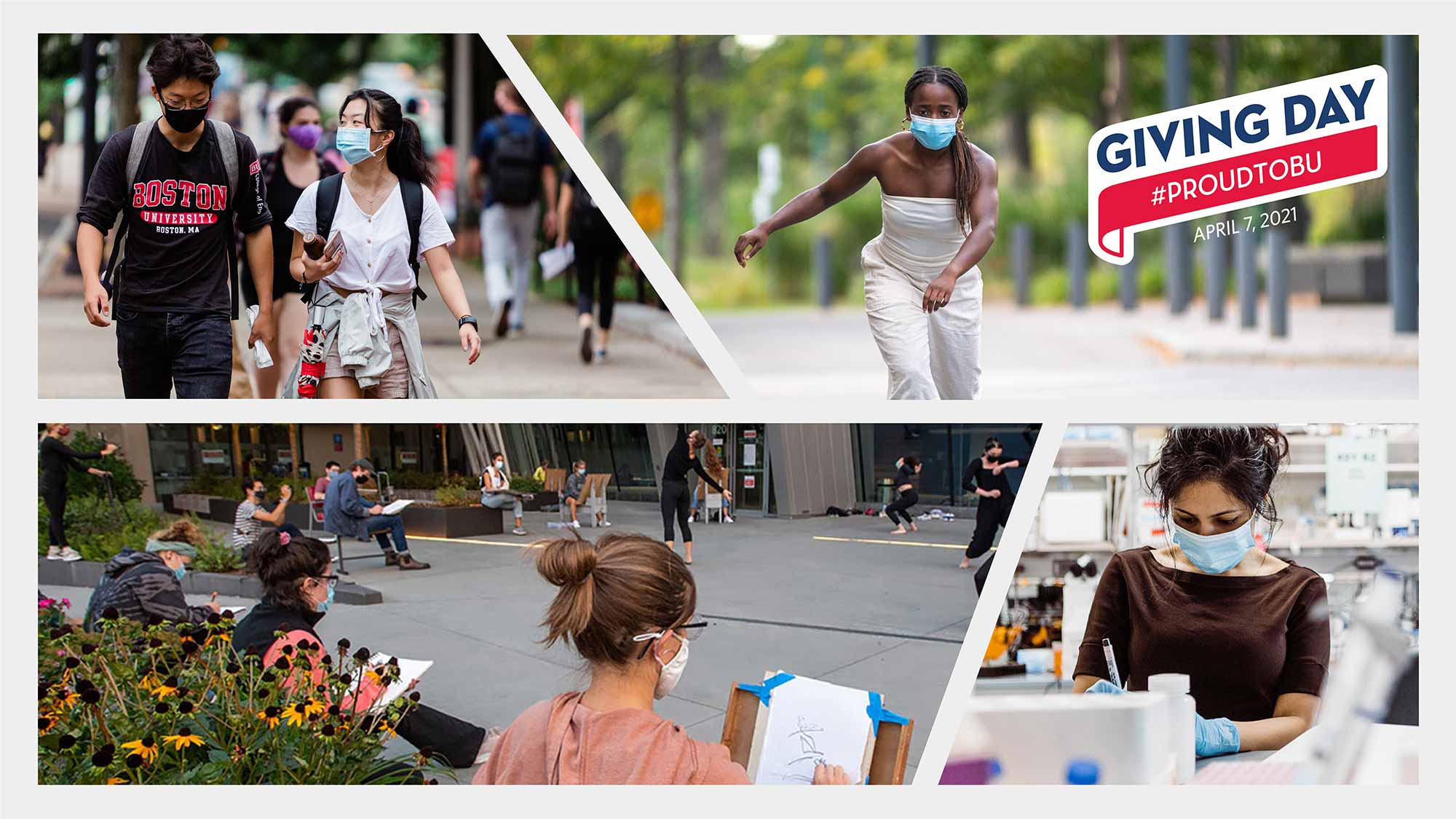 More than 8,000 University community members gave to support a range of programs and departments

On April 7, the BU community came together online for the University’s seventh annual Giving Day—raising more than $2.96 million for causes and programs across the University. This was the first Giving Day since 2019: last year’s was canceled by the pandemic.

This year’s events brought gifts from 8,802 alumni, students, faculty, staff, and friends, from 49 states and 45 countries. All told, they supported more than 420 areas at BU, from schools and colleges to athletics, student life, and more.

“Giving Day was unique this year because it took place entirely online,” says Scott Graham, executive director of annual giving, “but you could still feel the energy as the gifts mounted throughout the day.”

Challenges from more than 275 generous donors added to the excitement, as donors could make a gift to help their favorite causes earn a share of $600,000 in prize money. Among the highlights:

BU Athletics broke the $1 million mark for the fourth year in a row, closing the day with more than $1.1 million in gifts. Varsity teams competed in one-on-one matchups with $2,000 at stake for each one. Find the amount each team raised here.

“Giving Day is always so rewarding, because it lets our alumni and friends express their support for the causes they care about most,” says Kristen Atwood, director of annual giving. “It’s wonderful that so many Terriers feel a genuine connection to BU and know that their participation will make a real difference, because every penny they give goes to the fund they choose.”

All gifts made on April 7 (midnight to midnight, PDT) counted toward the Giving Day total. Anyone who missed the midnight deadline can still make a gift, at bu.edu/give.