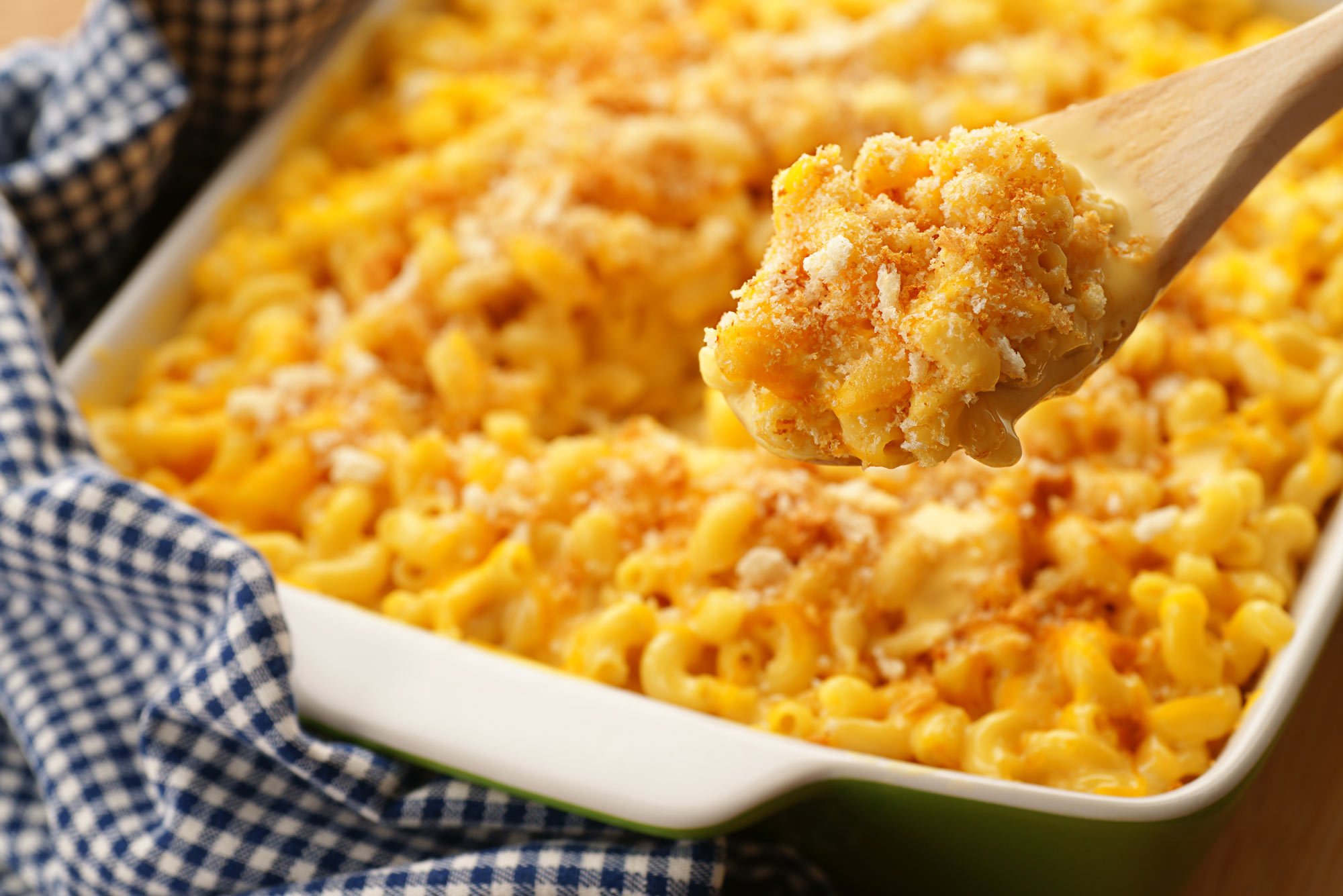 Clear out your fridge and kitchen cabinets with this delicious homemade baked mac and cheese. Photo by TheCrimsonMonkey/iStock

It’s hard to believe, but summer’s days are numbered. The fall semester is just around the corner, and the period of relaxing is nearing its end. So, have some fun this weekend (safely, of course) with a new Seth Rogen movie, the latest Taylor Swift album, some homemade mac and cheese, and more. Have a great weekend.

Released straight to streaming last week on HBO Max, An American Pickle is a comedy-drama starring Seth Rogen alongside…Seth Rogen. Based on a short story from The New Yorker, the film tells the story of Herschel Greenbaum, a Jewish immigrant who falls into a vat of pickles in his Brooklyn pickle factory and wakes up 100 years later, in 2019, completely preserved by the brine. Herschel meets his only living descendant, his great-grandson Ben (also Seth Rogen), a freelance app developer. The two have some things to work out, but the journey is a fun one.

On July 23, Taylor Swift announced a surprise album, folklore, with mere hours of warning. The 16-track set hit streaming services shortly after, and immediately broke records, including the Guinness World Record for the biggest opening day for an album by a female artist on Spotify. Swift’s eighth studio album, it was written and recorded during the COVID-19 pandemic, and its descriptive storytelling and alternative indie vibes mark a departure from her signature pop style. Listen to folklore on Spotify, Apple Music, YouTube, Amazon Music, and other music streaming platforms.

Mac and cheese is the ultimate comfort food. But when was the last time you made it from scratch? This weekend, clear out your cheese drawer and that pasta you bought at the beginning of quarantine. Boil the pasta to al dente in one pot, and at the same time, in a separate pot mix together equal parts flour and butter to create a roux, and keep stirring until it’s a cohesive, smooth texture (don’t let it burn). Slowly add milk as needed for the desired level of creaminess, and then toss in any cheeses you’d like. Once the concoction is ready, combine with the pasta. If you’re up for it, throw the whole thing in a casserole dish in the oven for 30 to 45 minutes for a delicious baked mac and cheese. And to get extra crazy, crumble some crackers on top (we recommend Ritz) first for a nice crunch. You can thank us later.

Game nights are a cornerstone of summer, but sometimes you’re not up for the time commitment needed for games like Monopoly. Enter Monopoly Deal, a card version of the popular board game, with all the fun and strategy in a fraction of the time. The card game is available for only $4.97 on Amazon. What are you waiting for?

The coronavirus pandemic may have put the kibosh on family vacations this summer, but you can still travel the world from your couch. This 2017 New York Times article features 360-degree videos of the so-called “new seven wonders of the world”: the Great Wall of China, the Taj Mahal, Petra, the Colosseum, Christ the Redeemer, Chichén Itzá, and Machu Picchu. For more virtual experience ideas, check out this Buzzfeed listicle.