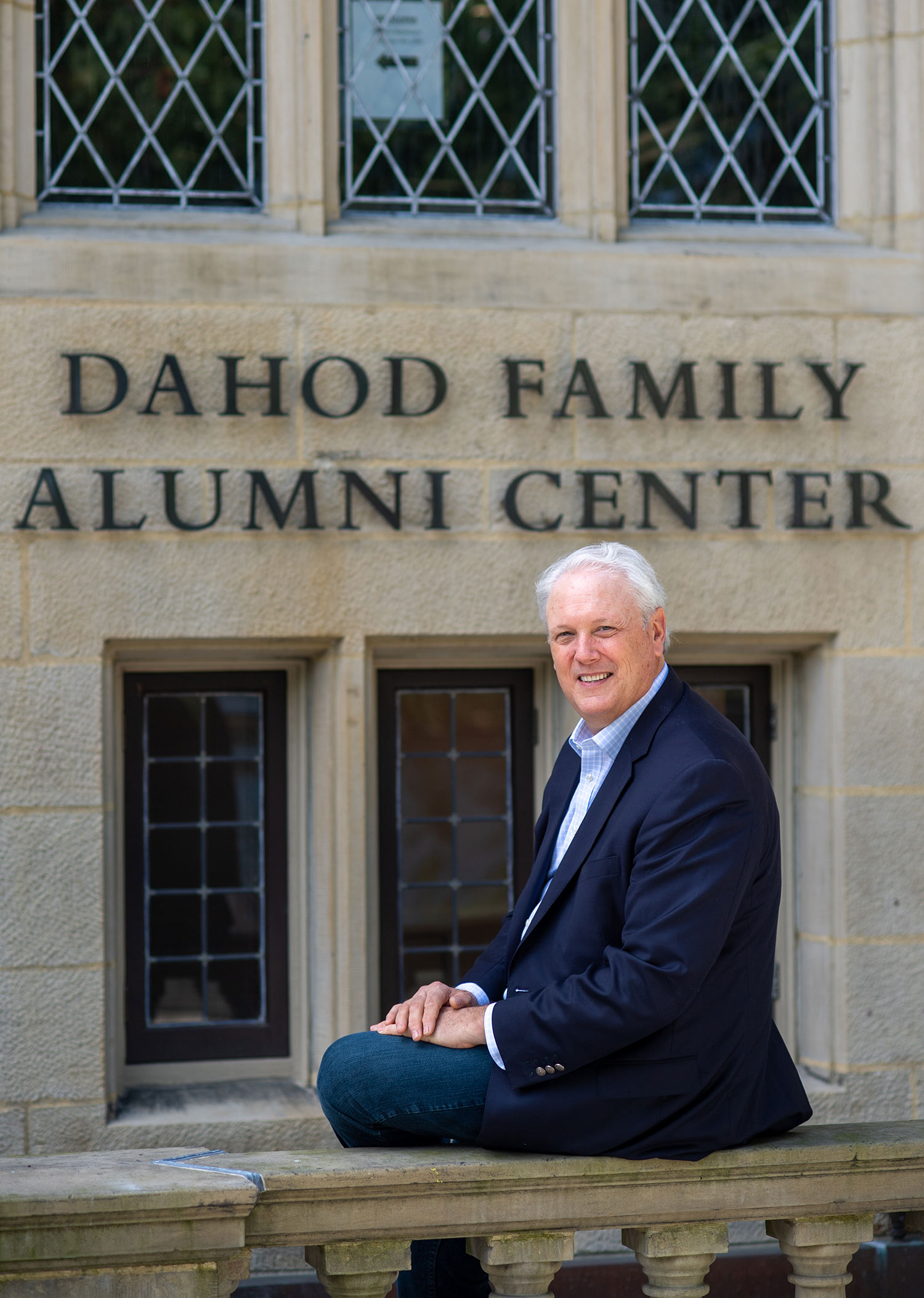 Steve Hall, BU’s retiring vice president for alumni relations, at the Dahod Family Alumni Center, which he calls one of his proudest projects. Photo by Cydney Scott

“The myth BU alumni would not support their institution was just that, a myth,” he says

After a career spent doing one thing—building important relationships between colleges and their alumni networks around the world—Steve Hall is retiring from his current position as Boston University’s vice president for alumni relations at the end of the year.

His decision comes at an unprecedented moment in BU’s history—on the heels of the Campaign for BU, a record fundraising campaign, but also as the University, like others around the country, grapples with the emotional and financial impact of the global coronavirus pandemic.

The 61-year-old Hall says the decision was entirely his, and that the timing just felt right. He plans to leave January 1, but says he could leave sooner if a successor is hired before then.

“I’ve been looking forward to spending time with family,” he says. “I’m heading off to vacation in Maine, and we love going to the White Mountains in New Hampshire. We have three grown children across the United States, from Washington, D.C., to California, and it’ll just be nice to be able to spend time with them when we want to, as opposed to being dictated by the rigors of a University calendar.”

Professionally, Hall says, he’s proud to have stuck with a career that began for him as a student at the University of Houston. He later became CEO and president of his alma mater’s Houston Alumni Organization, vice president for major gifts at the Washington State University Foundation, and in 2007 came to BU as associate vice president for alumni relations. In that role, he has been responsible for alumni relations, annual giving, advancement communications, and athletics fundraising for more than 350,000 BU alumni worldwide.

“Coming to BU was an opportunity for me to really have an impact at an institution that had all the ingredients for success and growth,” Hall says. “The myth BU alumni would not support their institution was just that, a myth. We just had to ask them, and they responded in ways that no one could have expected.”

The Campaign for BU, launched in 2012, initially set out to raise $1 billion, but when it ended in all 2019, it had raised nearly double that—$1.85 billion. Under Hall’s leadership, alumni engagement at BU has increased sixfold, to more than 900 events and meetings each year. During his tenure, BU was one of only four institutions in the Council for the Support and Advancement of Education CASE 50, a list of top fundraising universities and colleges to have an increase in alumni giving participation between 2007 and 2017.

Among the many achievements and moments Hall says he’ll cherish: the creation of the Dahod Family Alumni Center in the 105-year-old Bay State Road building known as the BU Castle tops the list. “Having a physical embodiment of an alumni center inside an iconic building is special,” he says. “There is tremendous symbolism in having that, and to see it become a vision and reality.”