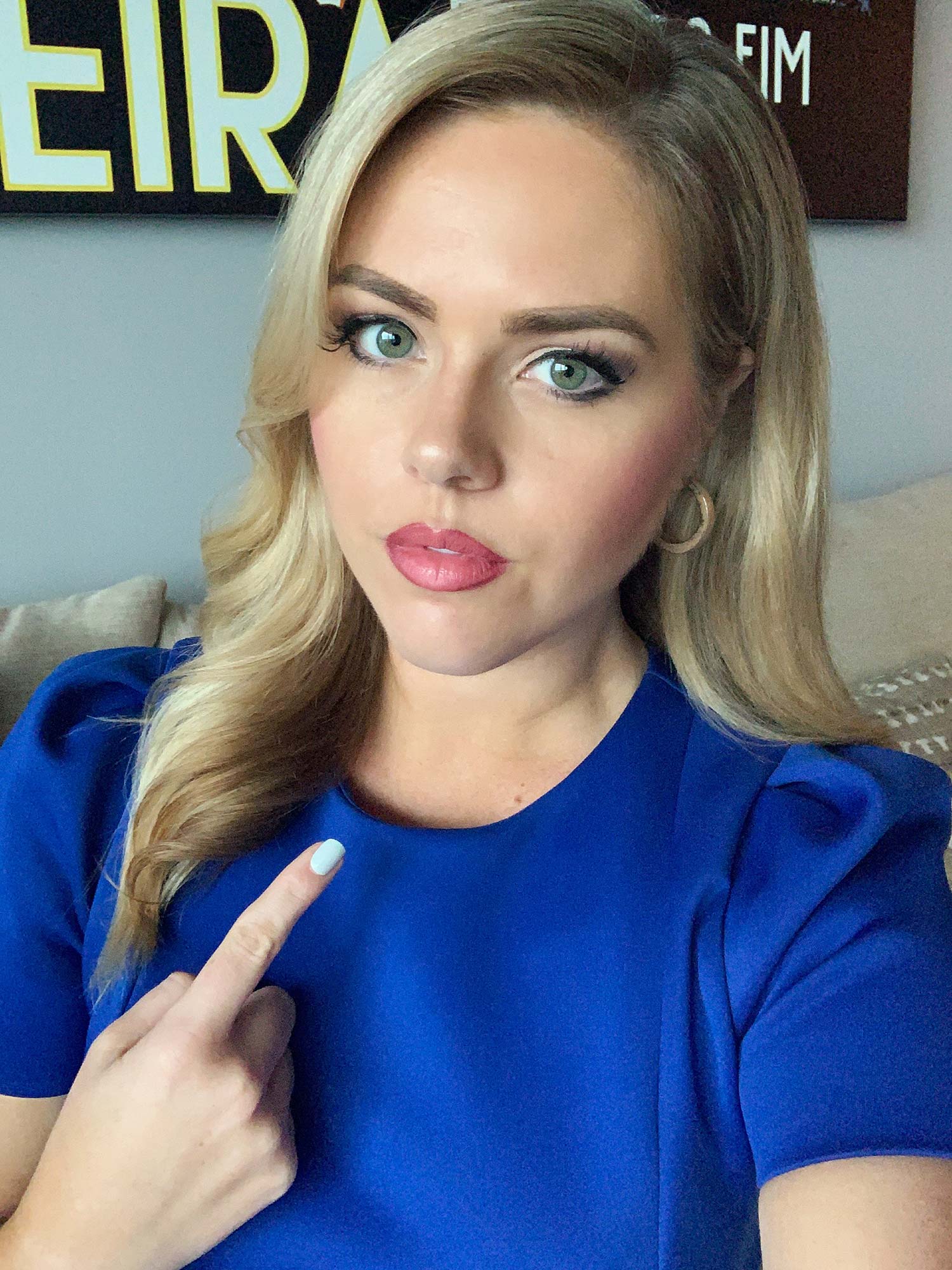 Victoria Price (COM’13), a reporter for WFLA-TV in Florida, says a viewer spotted a lump on her neck and advised her to have it checked. Tests revealed thyroid cancer. Photo courtesy of Victoria Price

Journalist Victoria Price spends a lot of time interacting with her followers.

As an investigative reporter at WFLA-TV in Florida, she covered the state’s unemployment crisis during the pandemic. And as the summer of 2020 began, her inbox overflowed with upwards of 200 emails a day from unemployment applicants who were having problems getting the help they needed.

But it was one viewer email she received in June that turned her life upside down.

“I was scrolling through, and it was a weird sort of email,” says Price, 29. “There was no body to it, just a subject line. Something along the lines of, ‘Please get the lump in your neck checked out. It looks like mine, and mine turned out to be cancer. Please take care of yourself.’”

No stranger to odd viewer emails, Price wasn’t sure what to make of it. But when her boyfriend suggested she get checked out, she decided to follow through. She consulted her primary care physician, who said it could be hypothyroidism. While her blood work came back normal, an ultrasound revealed a big nodule in the middle of her thyroid, pushing on her glands and making her neck appear swollen. Even before a biopsy, Price’s surgeon made a diagnosis.

“The surgeon came in and said, ‘You absolutely have thyroid cancer, and it’s spreading to your lymph nodes,’” Price recalls. In fact, she had a three-centimeter lymph node so swollen that it was starting to press on her vocal cord. She would have to undergo surgery to have her entire thyroid removed.

Wanting to explain to viewers that she’d be gone for a while to have the surgery and recover, Price shared her story to Twitter. What happened next was a viral sensation.

“I posted it because I tend to interact a lot with people,” she says, “especially in the midst of these unemployment issues, when there are people reaching out to me every day. I knew I was going to kind of go dark for a week or so. So I thought, ‘I’m gonna post this thing to explain where I’ve disappeared to, but don’t worry, I’ll be back.’”

Turns out, I have cancer. And I owe it to one of our wonderful @WFLA viewers for bringing it to my attention.

I’ll be off work for a bit after tomorrow, but I’ll see y’all soon 🥰 pic.twitter.com/UMsoj2SjtM

And back at it, she soon was. Following a week of recovery, she returned to work covering the unemployment crisis and other important stories. That go-getter attitude has propelled Price since she arrived at the College of Communication.

“From day one of my freshman year, I walked into the first BUTV10 meeting, the student-run TV station, and I said, ‘How do I get involved?’ From day one I was very aggressive,” says Price, who graduated with a degree in broadcast journalism and international relations.

Her steadfast determination to thrive at BU continued through some of the most tumultuous years in Boston journalism, when Price had a series of hands-on opportunities to make a name for herself in the industry. On the cusp of graduation in 2013, she faced the story of a lifetime when two bombs exploded at the finish line of the Boston Marathon. She was at a friend’s house on Beacon Street celebrating when the blasts occurred, but she snapped into reporter mode.

“I just sprinted out of my friend’s apartment and was like, I’m going to figure out what’s going on. Little did we know it was a full-on terrorist attack,” says Price. “But at that point, I started booking it. I jumped over the barricades, grabbed my phone, and started interviewing people.”

A fellow reporter and COM alum who was visiting informed Price that their affiliate station in Texas wanted her to go on the air and report live from the scene.

“Next thing you know, I’m doing this live talkback with this TV station in Texas, which offered me a job, and ended up being my first job in TV because of that,” says Price. “It went from this day of celebration to this horrible tragedy, which for a journalism student really overruled our lives for the next few weeks, because it was the biggest story in America and it was right there in our backyards.”

“She reported so well and so bravely and so courageously that she got a job offer right off the bat,” says Walker, a veteran TV producer. “She had the kinds of clips on her resume reels that you don’t usually see until you’re 10 years into the business. But it just so happened she was in the right place at the right time for all these national stories to come her way, and she took advantage of that and reported on it really well.”

Price is bringing that resolve to both her role at WFLA-TV and her cancer diagnosis. While it’s a bit too early to officially declare her in remission, doctors say the chance the cancer could return is minimal. She is now working with her mother to create a foundation that promotes thyroid cancer awareness.

“It’s the most commonly diagnosed cancer in young women, and it’s so easily overlooked,” Price says, adding that the organization is in the inception phase.

“This created so much attention,” she says. “I think it would be silly to let that simmer down and die without trying to keep that momentum going in a progression for something good.”