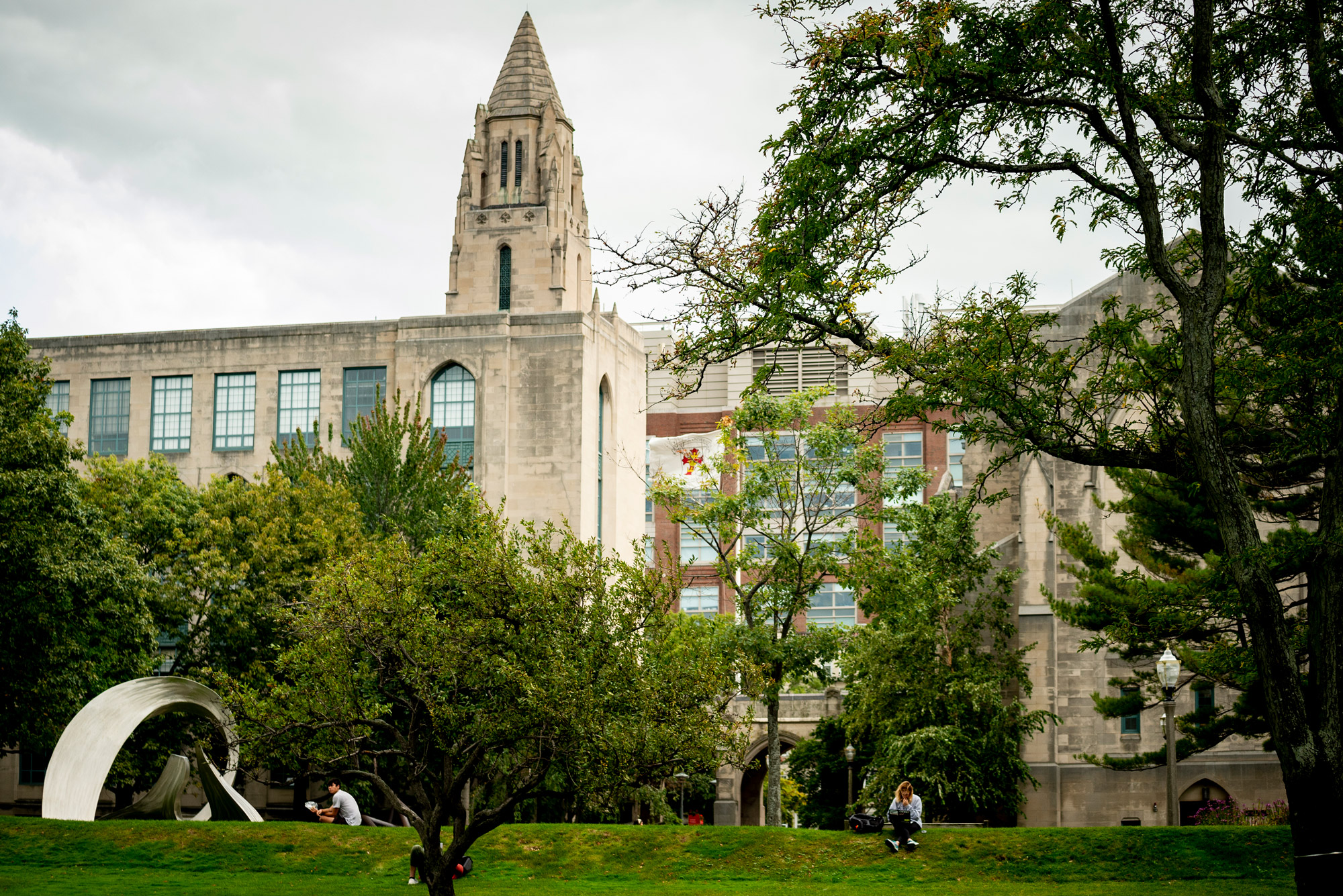 BU’s new “hybrid/simultaneous” approach is designed to accommodate safety requirements that may be imposed by public health authorities to control the spread of COVID-19. Photo by Maddie Malhotra (COM’19)

University leaders have outlined a plan for the fall semester that will move 44 graduate and professional programs to a new format that will simultaneously offer classes on campus for students who can be in classrooms, and via various technologies to students both on or off campus. The same academic content, including some class discussions, would be available to students in BU classrooms, BU housing, or in living rooms across the United States and around the world.

The University plans to expand the current list of graduate and professional programs slated for transition in the coming weeks, and students enrolled in affected programs will be notified as those decisions are made.

The new “hybrid/simultaneous” approach is designed to accommodate safety requirements that may be imposed by public health authorities to control the spread of COVID-19 and to provide flexibility for those students who are unable to attend classroom sessions. It will allow teaching to continue in accordance with physical distancing rules that may limit the number of students permitted to share a classroom, and it would accommodate evolving safety concerns during the academic year if, for example, there were to be a mandated suspension of all in-person classes.

Robert A. Brown, BU president, says the proposed hybrid/simultaneous program “is about BU building its capacity to enable students to access the classroom in ways that both meet their own health and safety needs and comport with any public health or travel restrictions that might be in place this fall.”

Daniel Kleinman, associate provost for graduate affairs and chair of the Graduate and Professional Programs Working Group, which developed the plan, says the hybrid/simultaneous approach has several benefits. “It would allow any graduate or professional student who could not arrive at the beginning of the fall semester, or does not feel comfortable doing so, to participate fully in program classes,” he says. “Also, if public health protocols were to require quarantining of some students, this would allow those students to come to campus, quarantine, and still fully participate. It would also allow flexibility, if social distancing protocols limited the number of students who could be in an in-person class. There could be a rotation of who is in the classroom and who participates remotely.”

It would allow any graduate or professional student who could not arrive at the beginning of the fall semester, or does not feel comfortable doing so, to participate fully in program classes.

Kleinman says some of the finer points of class participation have yet to be worked out, especially as they pertain to students in other time zones. “In some cases, the lecture itself may be recorded,” he says, “but the professor or teaching fellow may hold discussion sessions live at a time that would be suitable for students in Asia. For other classes, it may be possible that the lecture will be held in Boston during a time that would be workable for someone in Asia.”

Jean Morrison, University provost and chief academic officer, says the plan provides the flexibility needed to address many—likely most—of the challenges students may face in the fall. “The plan recognizes that some students won’t be able to get to campus at the start of the semester and that some may not be comfortable coming to campus,” says Morrison. “But it also begins the process of returning to in-person teaching and learning with the new constraints that we will face to protect the health and safety of everyone in our community. The plan is flexible and forward-thinking.”

In addition to the 44 programs initially selected for the new format, approximately 30 others are currently being considered for transition to the hybrid/simultaneous model. The BU School of Medicine’s MD and PA programs and programs in the Henry M. Goldman School of Dental Medicine that are scheduled to start in July and August will be offered on campus, as they have been in previous years, with adjustments made to meet safety recommendations of public health authorities and accommodate students unable to attend classes in person.

Tracy Schroeder, vice president of information services and technology, says several classrooms are currently ready to support the hybrid teaching model, and IS&T is prepared to make all necessary classrooms hybrid-ready by the fall semester. She says the Digital Learning & Innovation team, led by Chris Dellarocas, associate provost for digital learning and innovation and chair of the Remote and Online Working Group, will provide the needed pedagogical and technical support.

While the hybrid/simultaneous plan recommended by the Graduate and Professional Programs Working Group is intended to address only the teaching of graduate and professional courses, a similar plan will likely be recommended for undergraduate teaching by the Undergraduate Programs Working Group. Those working groups, along with three others (the Remote and Online Working Group, the Research Working Group, and the Student Residential Life Working Group) were established in recent weeks as part of the University’s COVID-19 Recovery Plan. They are charged with outlining the structure and goals of every aspect of BU’s return to campus life, and with stress-testing each component against public health practices, as defined by the newly created Medical Advisory Group. The overall effort is being coordinated by the Augmented Budget Committee, led by Brown and Morrison, and the financial impact of all proposed actions is being analyzed by a Contingency Planning Committee.