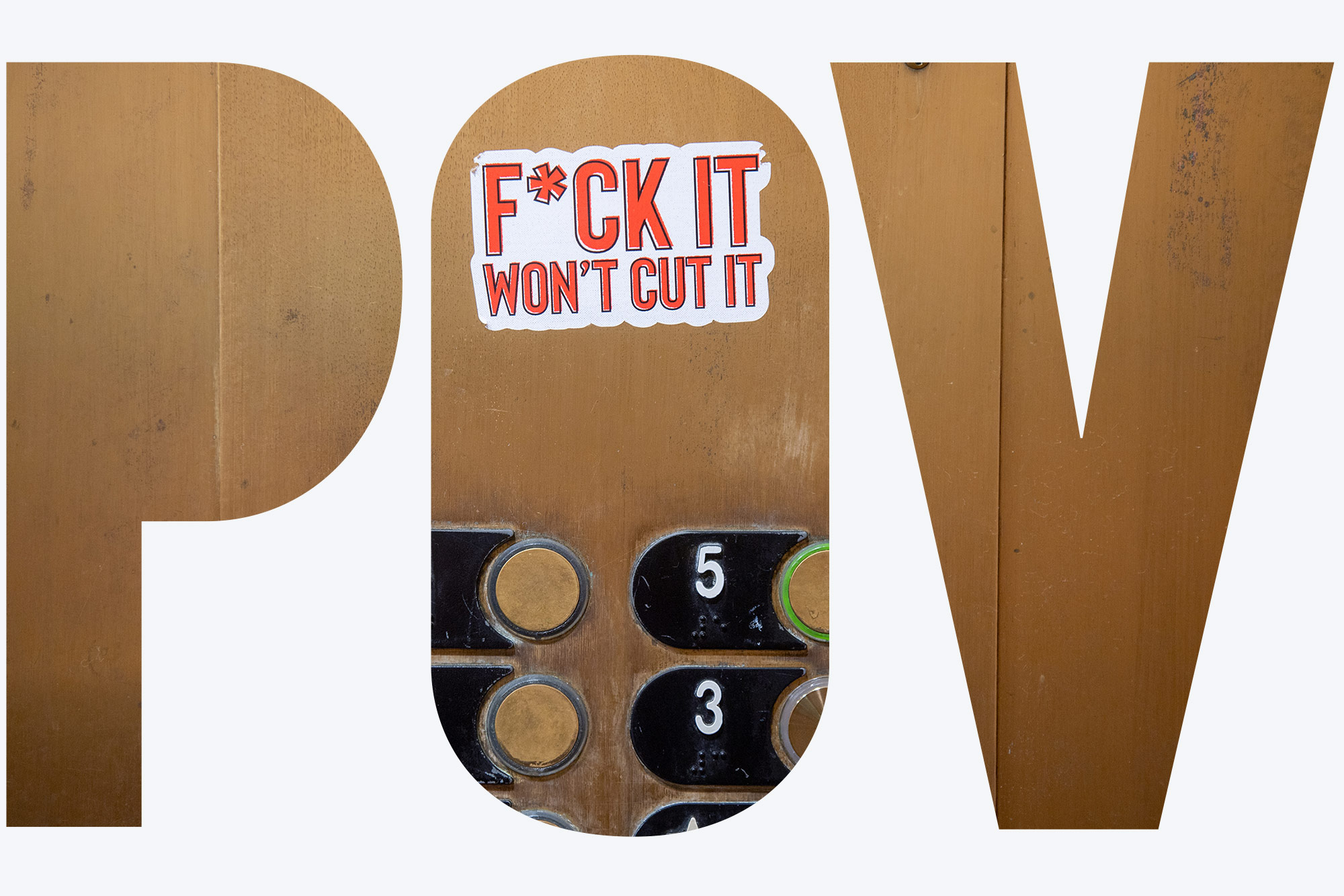 POV: Why F*ck It Won’t Cut It Is So Much More Than the F-Word

Think back to spring break last March, when the news was flooded with stories about college students partying in Daytona and then spreading the rona on their hungover plane rides home. These stories painted a picture of Gen Z as irresponsible, selfish, and reckless. Compassionate young people? Impossible!

We are an innovative, mindful, and adaptable generation, though we may not have been able to fully show it yet. BU has decided to open campus, and for those of us who attend, the world’s eyes are on us. Let’s rewrite the narrative. Let’s give a sneak preview of how a Gen Z–led world will look.

Another campus shutdown would be devastating for many. For some students, campus is the only place they feel at home and can be physically and mentally healthy. BU offers employment to hundreds of local residents, and the student population keeps local businesses running. World-changing research happens on campus. Being shipped back home before finishing the semester would be overwhelming and costly.

While BU has a lot on its hands to make this work, the students also have to play a role in embracing safe lifestyles. Every action we take affects the whole BU community. Boston isn’t our personal playground: it’s a city filled with parents, kids, and grandparents. This semester, saying “f*ck it” to COVID-19 guidelines definitely won’t cut it.

This is the mindset of F*ck It Won’t Cut It: a campaign by students, for students, encouraging our peers to follow COVID-19 guidelines this semester. This slogan definitely stops people in their tracks. Since when does BU support students using the f-word all over campus?! This campaign is edgy. But we aren’t being edgy simply for shock value—but because we think it will work.

Gen Z is constantly bombarded with news. COVID-19 (and BU’s protocols) can be confusing and scary. Why not speak candidly about something so prominent in our lives? By using plain, provocative language, we bring things to a personal level. This is a similar tactic to the successful Fuck Cancer campaign.

Zoomers take authority with a grain of salt. Only 7 percent of Gen Z put a lot of trust in people in power. In a focus group of BU students, 70 percent of them  said they did not look for advice to BU as an institution. However, 60 percent of students looked to the people at BU: they go to trustworthy, understanding friends and mentors.

Gen Z is mostly progressive and increasingly activist. We are fed up with the status quo. We authentically talk about taboo things. We hold people accountable. We aren’t afraid to speak our minds.

This is why F*ck It Won’t Cut It is completely student-run. We are on the ground listening to our peers. The campaign utilizes the social atmosphere that cultivates a community of young people on Instagram, TikTok, and Twitter. Not only do we post reminders to follow protocols, but we give real tips and tricks on how to have a successful (and fun) semester while still being as safe as possible.

Every member of the student team who works on the campaign brings different perspectives to the table. We are graduate students, undergraduate students, international students, and domestic students. Each of us has our own communities at BU where we feel at home. We have an opera singer, a sorority sister, a hockey fan, a sound mixer, an improviser, and more.

This campaign is more than the word “f*ck”—it is a movement. This is a way to show the world that Gen Z knows what’s up. We are coming together to show that making conscious decisions to better the community can make a tangible difference.

You can follow us @fckitwontcutit on Instagram, Twitter, and TikTok. We hope you take part in our message and encourage your friends to be safe this semester.

POV: Why F*ck It Won’t Cut It Is So Much More Than the F-Word

There are 6 comments on POV: Why F*ck It Won’t Cut It Is So Much More Than the F-Word

POV: Why F*ck It Won’t Cut It Is So Much More Than the F-Word
6
share this