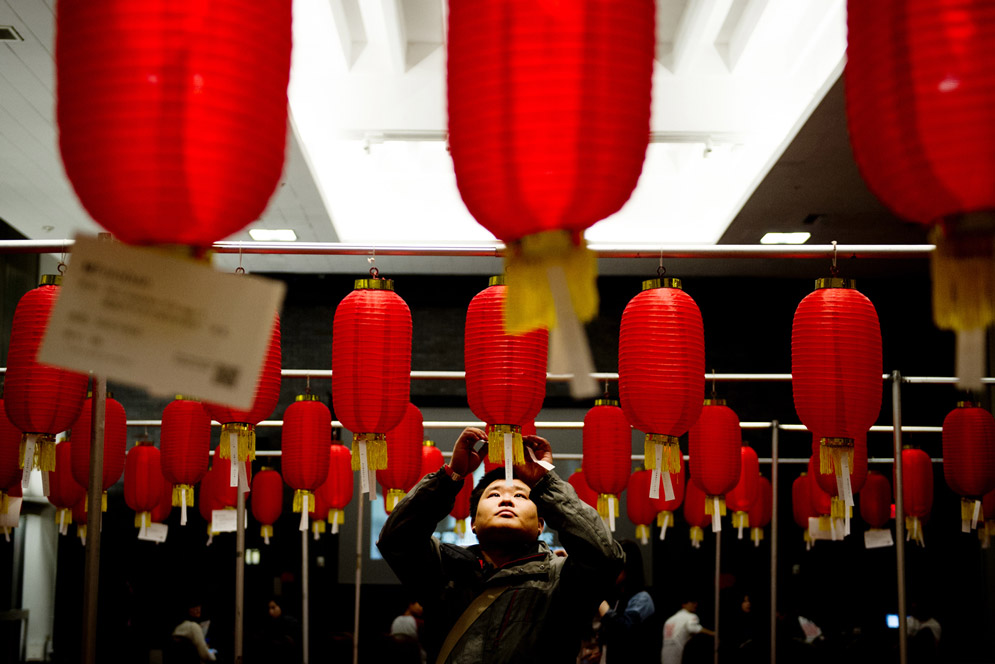 Before You Ring in the Lunar New Year, Check Out Our Dos and Don’ts

You may have seen the red lanterns hanging all over Chinatown, worked out a lantern riddle at the GSU, or bought some exquisite handicrafts with animals carved on them. All these signs mean that the Lunar New Year is fast approaching. Culminating in the Lantern Festival, traditionally a day for family reunions and marked by events like moon-gazing, lion dances, riddles, and eating rice balls, the date for the holiday changes each year based on the cycles of the moon.

This year’s Lunar New Year begins this Saturday, January 25. The most important holiday in China, it’s also celebrated in Korea, Singapore, Thailand, Malaysia, Vietnam, and Indonesia. Here in the United States, it’s mostly observed on the first day of the New Year, which is named for one of the 12 animals in the Chinese Zodiac: 2020 is the Year of the Rat.

As people across the globe prepare to mark the holiday, we’ve put together some tips on how to avoid bad luck in the year ahead and guarantee that the coming months will be filled with good fortune.

A thorough housecleaning before Lunar New Year’s Eve helps ensure that your family gets rid of bad luck from last year and is ready for the good fortune to come. But it’s important to have all your cleaning done before the stroke of midnight on Lunar New Year’s Eve. (See below for more on this.)

The color red has long symbolized good luck in Chinese culture. It’s customary to write good wishes in couplets on red paper and paste them on doors. Tradition holds that the couplets will block bad things from coming your way in the new year and ensure that good wishes come true. People also paste red paper-cuts on windows for the same reason, so get your rat paper-cuts now.

Set off firecrackers and fireworks (and when you can’t do that, pop a balloon)

Setting off firecrackers and fireworks is another Lunar New Year ritual. It’s believed that the noise scares away evil spirits. Because fireworks are illegal in many places, celebrants have taken to popping small balloons instead as a way of warding off bad luck.

Food is as central to Lunar New Year celebrations as it is to any holiday. The most important meal of the year is the Spring Festival Dinner, held on Lunar New Year’s Eve, and dishes associated with good luck, such as dumplings, rice cakes, fish, dates, and Mandarin oranges, are served.

Hand out, and receive, red envelopes

Lunar New Year is beloved by children in China. In addition to the tantalizing food and fun activities, during the holiday senior family members hand out red envelopes containing money to younger members. In some parts of China, married couples are supposed to send red envelopes to their single friends.

Don’t clean on the first  day of Lunar New Year

If you have a big Lunar New Year’s Eve family dinner, be sure to clean up before the clock strikes midnight. Good luck is believed to begin when the clock strikes 12, so you want to be sure not to wipe, sweep, or wash away any of that luck. In the past, tradition held that you left your house unswept for seven days in a row. Today, most families refrain from cleaning only on the first day of the Lunar New Year.

One of the most interesting Lunar New Year rituals is refraining from cutting your hair during the first lunar month. It was once believed that doing so during that time frame would bring harm to a person’s maternal uncles. Today, people in some Chinese provinces still observe the tradition.

Don’t buy books and don’t send them as gifts

If you have to purchase books, remember to do so before January 25. Otherwise, you may need to buy them again 15 days after Lunar New Year’s Day. The word “book” in Chinese is pronounced the same as the word “lose,” and buying books in the first days of the new year is thought to bring bad luck. Refrain from sending books to friends as a gift as well, as that’s also thought to bring bad luck.

It’s believed that whatever you do during the course of the Lunar New Year celebration will set the tone for the year ahead. Cursing, swearing, or arguing with anyone during the celebration of the holiday could mean a year of arguments and troubling relationships. Avoid using negative words in conversations to protect yourself from misfortune, especially words associated with death, poverty, sickness, or killing. Being polite and gentle is thought to bring one good luck and fortune.

It’s considered important to pay off all debts before the first day of Lunar New Year. In addition, avoid borrowing or lending money during the weeks-long celebration because doing either is believed to lead to struggles with money in the year ahead.

In some Asian countries, breaking objects such as plates, cups, and bowls is often associated with bad luck. In China, the character “Sui” means year, which is pronounced the same as the word “break.” That’s why, when Chinese people accidentally break things during Lunar New Year celebrations, they’ll say “Sui Sui Ping An,” which means “Safe and sound every year.”

Michael Zong (COM’19) can be reached at zxc@bu.edu.

Before You Ring in the Lunar New Year, Check Out Our Dos and Don’ts

Before You Ring in the Lunar New Year, Check Out Our Dos and Don’ts
0
share this