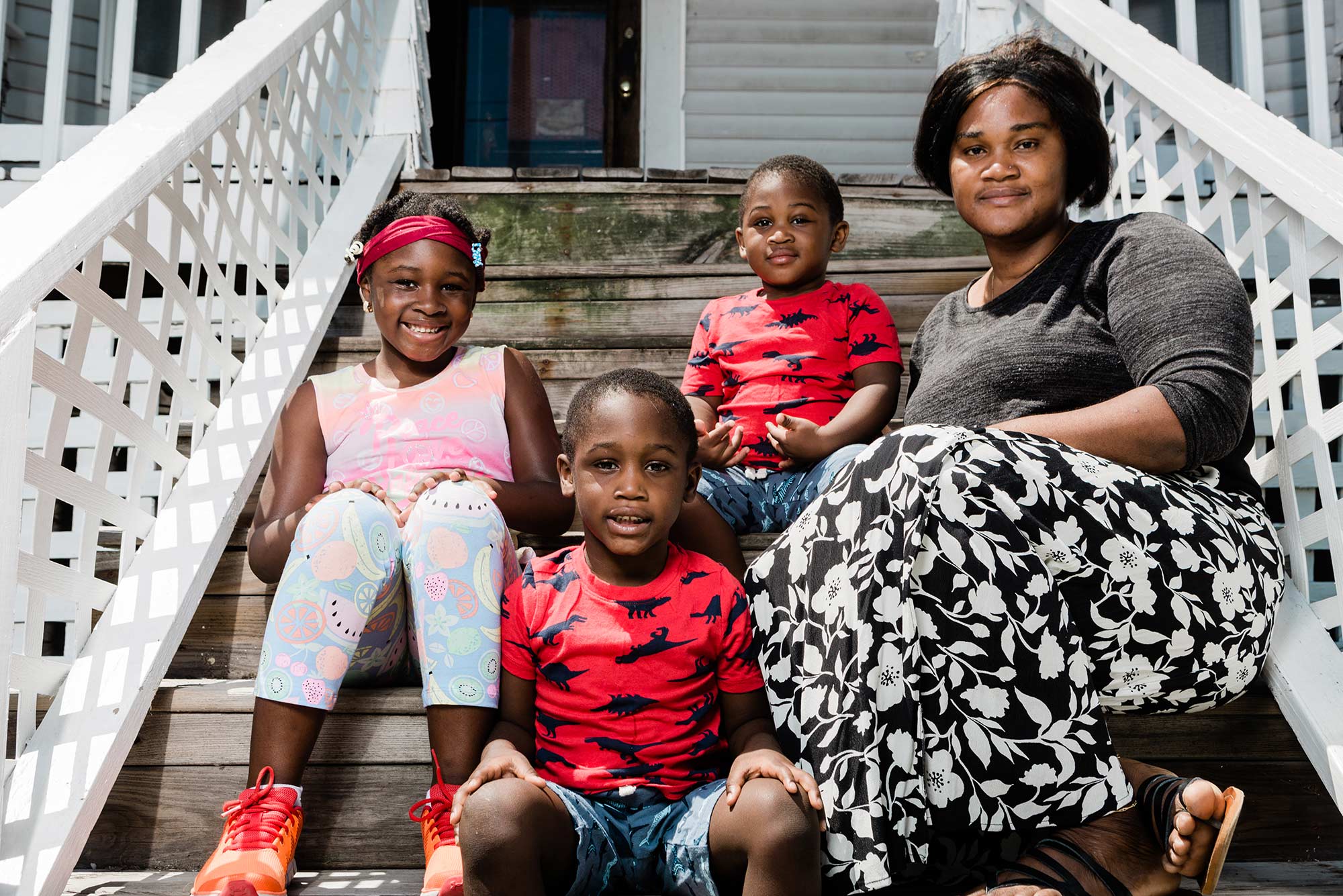 Abiba Braimah’s years of longing to be a mother were wrapped in sorrows: a series of miscarriages and the premature delivery of her daughter at just four pounds. During her pregnancies, Braimah suffered from high blood pressure, which can lead to preterm births and be a symptom of preeclampsia. That complication can kill both mothers and babies if left untreated and is more prevalent in Black women, like Braimah, than in white women.

When she became pregnant again five years ago with son Mo, she saw Jodi Abbott, a School of Medicine associate professor of obstetrics and gynecology, at Boston Medical Center, MED’s teaching hospital, who made a suggestion Braimah didn’t see coming: for her high-risk pregnancy, take low-dose aspirin.

“I was a little bit surprised,” Braimah recalls, as was her pharmacy. “They kept on asking me, ‘Oh, you’re pregnant, you don’t need to take baby aspirin.’ I said, ‘Yeah, I do, my doctor knows.’” She had hypertension again and gestational diabetes during that pregnancy, yet Mo was born at 34 weeks, almost full-term. With Abbott as her doctor again and aspirin during her next pregnancy, her second son, Issaa, now two, was born full-term. “When I had Issaa, I was so excited,” she says, “because I knew this aspirin was going to work.”

COVID-19, which has slammed communities of color hardest, has spotlighted America’s condition of racial health disparities. That imbalance includes reproductive care. Black mothers not only suffer preeclampsia disproportionately; they die more often from it, and their maternal mortality rate overall is two and a half times that of white women.

Aspirin is one effort to redress that inequity by BMC, which, as Boston’s safety net hospital, serves many disadvantaged patients. “Low-dose aspirin, 81 milligrams, taken at night starting at 12 weeks gestation, has been shown to lower the risk of preeclampsia, preterm birth, and intrauterine growth restriction,” says Niya Noel, a MED assistant professor of obstetrics and gynecology, who with Abbott coleads BMC’s Prenatal Aspirin Project (PNA).

It’s important for doctors to convey those benefits to patients who are pregnant and might not be aware of them, and to pharmacies.

I’m trying to advise people out there. They should take a baby aspirin.

The hospital launched the three-year-old PNA to implement recommendations from the US Preventive Services Task Force, an independent, federally funded advisory group. Its 2014 review found that aspirin could cut preeclampsia risk by one-quarter, while posing “no greater than small” health threats from the aspirin itself.

At BMC, 86 percent of pregnancy patients are at risk for preeclampsia, says Noel. During its life, the PNA has found an estimated 5,700 patients eligible for aspirin, based on high- or moderate-risk pregnancies. Aspirin curbs a hormone that can narrow blood vessels, thereby producing hypertension and preterm delivery.

To deal with pharmacy ignorance of the type Braimah encountered, the PNA contacted chains CVS, Walmart, and Walgreens and alerted them to the recommendations for high-risk pregnancies. BMC hasn’t implemented universal aspirin dosing in pregnancy, however, as it remains a matter of debate among doctors. The US task force shied away from recommending it, saying that while doctors should discuss aspirin with at-risk patients, there’s little evidence that other pregnant women would benefit from taking it.

During the coronavirus pandemic, premature births have dropped in nations such as Denmark and Ireland. Research is needed to check theorized reasons (some suggest lockdowns allowed more rest and less stress for moms); Noel is intrigued, but skeptical.

“We certainly have a higher rate of preeclampsia, gestational hypertension, and an overall higher risk population,” she says. “The argument about stress and rest is likely also not applicable to our population, since our patients are either essential workers who have not been working from home or high-risk patients living in intergenerational households, where they are exposed to family members coming and going for work.”

The PNA is recruiting participants for focus groups and interviews about the program’s efficacy. “We are interested in broadly exploring what patients think about prenatal aspirin and their experiences taking it,” says Ann Fefferman, a University of California, Irvine, sociologist who will conduct the research.

Noel says that in an earlier Undergraduate Research Opportunities Program (UROP) study, they “recommended that our providers prescribe aspirin, to encourage patients to take aspirin and also so that we can follow implementation of [efforts] to increase the provision of aspirin.” That study found an 83 percent increase in aspirin prescription rates for patients at high risk of preeclampsia and early delivery. (UROP provides University funding for faculty-mentored research by undergrads in the humanities, natural sciences, medicine, arts, and education.)

For Braimah, the trial of personal experience yielded a verdict that made her a convinced advocate. “I’m trying to advise people out there,” she says. “They should take a baby aspirin.”