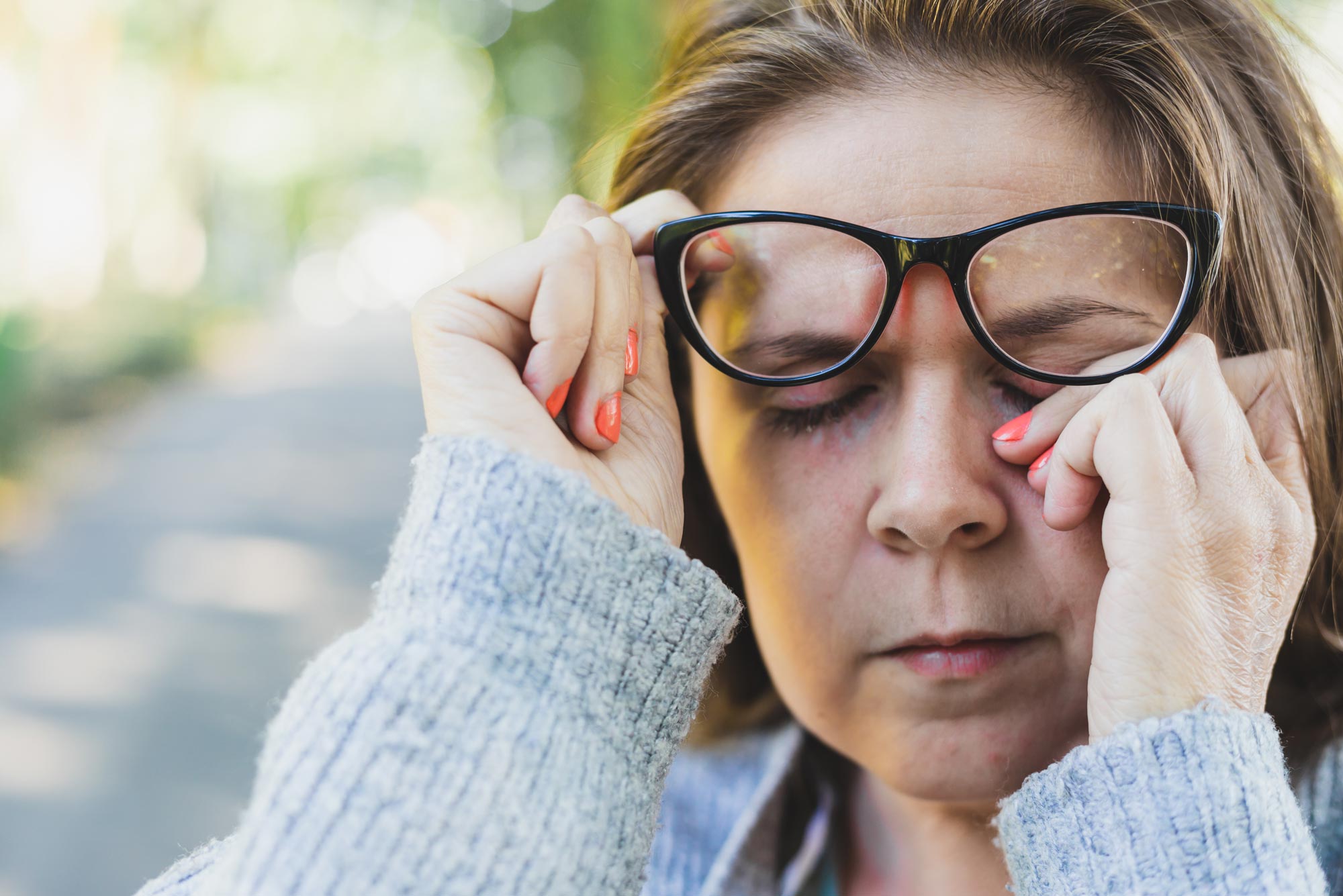 If you know you are more likely to rub your eyes when they are dry and tired, be vigilant and try not to, say experts. Photo by Madrolly/iStock

Breaking such a habit is hard, but here are some tips for both adults and kids

I am a responsible adult. I’m following the news and reading all the tips I can about how to avoid contracting and then inadvertently spreading coronavirus. I’m scrubbing my hands, coughing into my elbow, and planning to use common sense if I start to feel the symptoms coming on. But right now, I seem to have an inability to stop touching my face, even when it’s foremost in my mind that I shouldn’t do it. In fact, as I typed this sentence, I scratched my cheek. And then even though I was internally yelling at myself, my next move was to brush a strand of hair away from my eye. The movements happen so fast, it’s as if I have no chance of stopping them.

I should mention there are two other hurdles that thwart all of my best-laid plans—my children, Isla and Charlotte, ages three and one. And what I’ve learned from my three years as a parent is that little kids are disgusting.

Seriously, I was maybe a foot away from Isla the other night, playing the Sneaky, Snacky Squirrel game (best game ever!) and she coughed into my mouth. Literally coughed into my open mouth, with reckless abandon. She smiled, said “Whoops!” and then did a quick fake cough into her elbow, because that’s what she’s been learning from me and her dad and at preschool. Thanks, bud, for the yet-to-be-identified diseases that are now swirling around in my body. I talked to a coworker who commutes on the T with her four-year-old son, and she told how she watched in horror, almost in slow motion, as he touched the pole, then went to give her a hug, and inadvertently placed his T-pole-touching fingers in her mouth.

Couple the toddler issue with my own bad habits, and coronavirus is peering into my windows, ready to make its way inside. I can’t afford not to get serious about changing up my habits and trying to use the best possible practices in my own house.

The number-one thing I’m taking away from the mounting coronavirus scare is: diligence is key. I reached out to two BU psychologists for some pointers on how people can learn to touch their face less often, and hopefully, help their kids do the same. Here are tips from Ellen Hendriksen, a College of Arts & Sciences clinical assistant professor of psychological and brain sciences, and Rachel Merson, a CAS research assistant professor of psychological and brain sciences:

Ellen Hendriksen, who is also a clinical psychologist at BU’s Center for Anxiety & Related Disorders (CARD), says instead of thinking of it as absolutely do not touch your face, go about it a different way. “Don’t think of it as all or nothing,” she says. “Think about it as, I’m going to touch my face less.” That’s because if you have the expectation that you should never touch your face, you’re setting yourself up for failure, because you’ll likely want to quit if you accidentally do it. So set a goal of doing it less frequently.

2. Identify when you are most likely to touch your face

We can’t monitor ourselves all day long, Hendriksen says, and a lot of our facial touching is unconscious. “If you know you touch your face when you’re bored, or you normally rest your head on your hand when you’re in class or in a meeting, make a real effort to touch your face less then,” she says. “If we can eliminate the times we touch our face most, it will go a long way.”

3. The techniques can work for kids too, if you make it a game and offer praise

But when you’re talking about kids, the important thing to remember is that they are less motivated not to touch their face, and it’s likely they have less awareness, says Rachel Merson, clinical director of CARD’s child program. This is where parents can help: they can work with their child to identify when these “high-touch times” may be.

There’s a risk of scaring your kids and making them anxious about touching their face if you’re constantly talking about it, Merson says. So one way to avoid that is to make it a game with a fun outcome. “Say, ‘Our challenge is to see if you can touch your face no more than five times in the next half hour,’” she says. Think small rewards or a sticker chart.

4. For the thumb suckers or nail biters out there?

If you have a child who has a habit of sticking their fingers in their mouth, identify the times they do it most and offer them something else, like a lollipop or a piece of gum. Sometimes even chapstick on their lips can help.

5. Create a funny code word if your child starts to touch their face, so they’re aware of what they’re doing