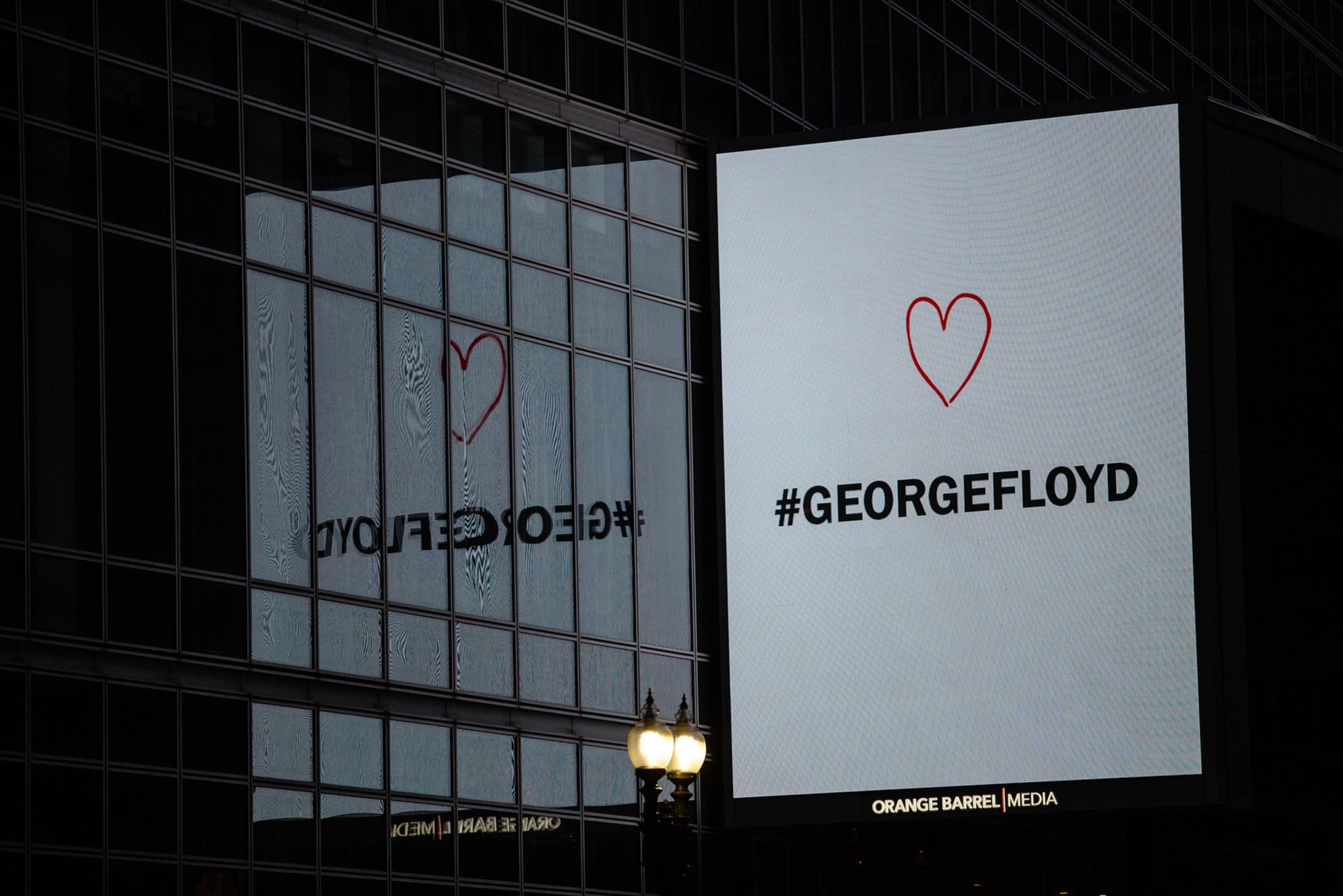 Driven to action after the murder of George Floyd at the hands of a white police officer in Minneapolis on May 25, BU students have joined together to raise $100,000 to support leading social justice organizations. Photo by Sophie Park (CAS’20)

More than 150 organizations and 2,400 individuals donate to fundraiser

Editor’s note: The students reached their $100,000 goal early Friday morning and have announced they will stop the fundraiser Monday, June 8, at noon. Funds will then be donated.

On Sunday night, leaders from Umoja, the Boston University black student union, and BU Student Government, deeply troubled by the recent killings of several unarmed black men and women, which have set off protests across the country, gathered remotely to figure out what they could do to bring the BU community together.

Their answer was to invite about 30 other BU clubs and organizations to join them in a GoFundMe campaign to raise money to support the prominent social justice organizations Black Visions Collective, NAACP Legal Defense and Education Fund, and Campaign Zero.

Most of those giving are students who have contributed small amounts or clubs coming together to give larger donations, but staff, faculty, and University leaders are also represented on the list.

The student leaders have also started a petition asking BU to match the final amount raised; it has garnered 7,000 signatures.

“As soon as we released the GoFundMe, it caught on quickly, and we beat our original goal of raising $10,000 in less than three hours,” Umoja leaders Stephanie Tavares (CAS’21), Delice Nsubayi (CAS’22), and Archelle Thelemaque (COM’21, CAS’21) and Oliver Pour (CGS’20, COM’22), Student Union president, who organized the fundraiser, said in a joint statement to BU Today. “Two days later, we had raised over $60,000 and have more than 150 student organizations involved….It is heartwarming to know that so many people care and give of themselves to this great cause.”

The students say they selected the Black Visions Collective, Campaign Zero, and the NAACP Legal Defense and Education Fund because they fit “our goal of social justice,” and that they purposely chose to support the nonprofit Black Visions Collective because it is based in Minneapolis, where George Floyd, the black man whose killing at the hands of a white police officer on May 25 sparked nationwide protests, lived and died.

The goal of the Black Visions Collective, founded in 2017, is to dismantle systems of oppression and violence. Its work is focused around transformative justice and helping the state’s emerging black leadership to organize powerful political campaigns. Campaign Zero, dedicated to police reform, created the “8 Can’t Wait” campaign, which has gone viral on social media. The project identifies eight policies that can decrease police violence by 72 percent; these include banning chokeholds and strangleholds and requiring comprehensive reporting. The NAACP Legal Defense and Education Fund is a civil rights law organization fighting for racial justice through litigation, advocacy, and public education.

The student leaders say a big takeaway from all of this is that the BU student body has come together like never before. “We have students from all different parts of the world fundraising, advertising, and getting involved,” they say. “This is more than a fundraiser—it is a movement towards social justice. This is just the beginning of a new era of unity within this university.”

You can donate to the GoFundMe campaign here, and if you are a BU community member looking to get involved in this cause or to find more information, you can contact Umoja or BU Student Government.

There are 4 comments on Led by Umoja and Student Government, BU Students Raise $100K for Social Justice Groups