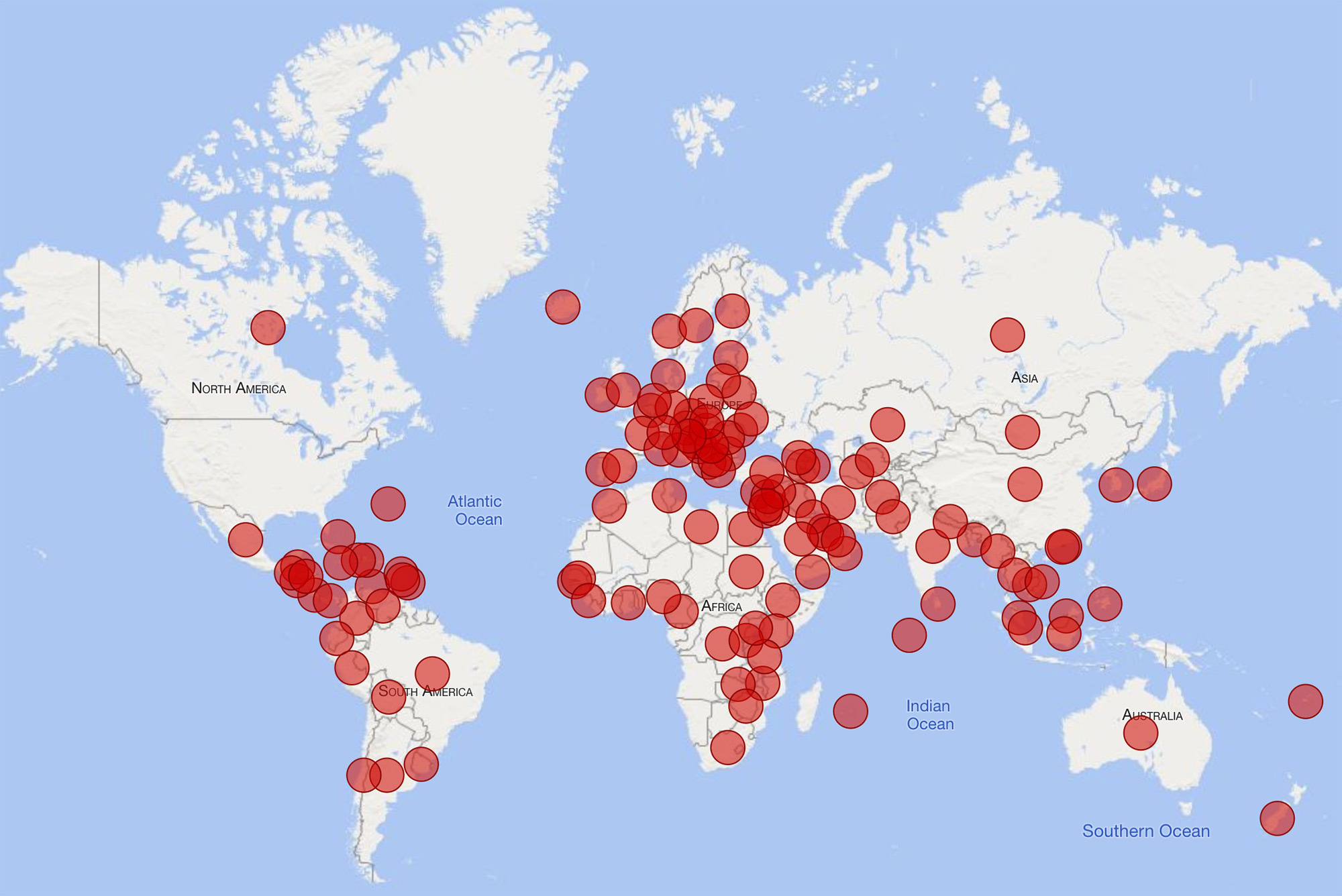 In last year’s fall semester BU had 11,158 international students from 134 countries. The proposed DHS rule change would require at least one third of them to submit extension applications each year. Screenshot courtesy of Global Programs

A Department of Homeland Security (DHS) proposal to limit the length of time that many international students are permitted to study in the United States to two or four years, rather than their full course of study, has met with pushback from administrators at universities across the United States, including BU President Robert A. Brown. In a public comment sent Friday to the DHS, Brown argued that the proposed rule would hurt international students and scholars, undercut the ability of American universities to attract and retain the best talent in the world, and harm the US. economy.

“I strongly urge that the proposed rule be withdrawn in its entirety,” Brown wrote. “And that admission under the current duration of status framework remain in effect.”

Duration of status, the currently used framework, allows international students to stay in the United States for the period of time that they are pursuing a full course of study, as well as for an authorized training period known as Optional Practical Training, or OPT, after the completion of studies. The proposed new rule, Establishing a Fixed Time Period of Admission and an Extension of Stay Procedure for Nonimmigrant Academic Students, Exchange Visitors, and Representatives of Foreign Information Media, would eliminate the duration of status criterion for individuals in F-1, F-2, J-1, and J-2 status and restrict the initial authorized stay for international students and scholars to two to four years. Students who need additional time to complete an academic program, or who want to begin a new program or enroll in OPT would have to apply for extensions to the US Immigration and Customs Enforcement (ICE) agency, in what could be an expensive and potentially lengthy process.

Jeanne Kelley, managing director of BU’s International Students & Scholars Office (ISSO), warns that if the rule goes into place without any changes, at least one third or BU’s international student and scholar population would need to submit extension applications each year. In fall 2019, BU reported 11,158 international students and 1,294 international scholars, who are generally professors, researchers, and staff. Kelley says that the University is still finalizing enrollment numbers for fall 2020.

The proposal has drawn swift opposition from the Association of American Universities (AAU), the American Council on Education (ACE), the National Association of Independent Colleges and Universities (NAICU), and several other organizations that support higher education as well as the US Chamber of Commerce and the American Hospital Association. In a letter submitted in response to a request for comment, the AAU recommended that the proposal be withdrawn because it would “create significant procedural uncertainty for international students and universities and introduce an unnecessary, costly, and burdensome extension of stay process to the detriment of our nation’s ability to attract and retain talent.”

“At a time when our global competitors are actively expanding incentives for international students to study and work in their country,” Barbara Snyder, AAU president, wrote, “now is not the time for the United States to introduce burdensome policies which threaten our resounding competitive advantage.”

Several organizations have also signed a letter to Chad Wolf, Acting Homeland Security Secretary, requesting that the proposal’s current 30-day comment period, scheduled to end October 26, be extended for a minimum of 60 days.

Brown’s letter, submitted in response to the DHS request for comments, argues that the new policy would hold international students and scholars to a different standard than their American peers. “American universities could no longer trust that the qualified international faculty and staff they host would be able to complete the specialized research and instruction for which they were hired, threatening the global leadership of American universities, ” Brown wrote.

“The increased uncertainty, costs, and administrative burden imposed on international students and scholars by the proposed rule would discourage them from coming to American universities, jeopardizing our country’s long-standing position as the premier destination for international students and scholars,” he noted. “This, in turn, would jeopardize the United States’ leadership in higher education and research and the scientific and technological innovation that flows from it.”

The Department of Homeland Security says the new rule is necessary because many international students admitted to the F, J, and I classifications overstay their legitimate period of study, prompting concern “about the integrity of the programs and a potential for increased risk to national security.”

The proposed rule change comes at a time when universities are troubled by other initiatives launched under the Trump administration. They include changing guidance this summer on whether international students studying in the United States can be enrolled fully online for the fall (new students cannot, returning students can), new H1B rules that make it more challenging to hire international faculty and postdocs, and the administration’s stance on the Deferred Action for Childhood Arrivals (DACA) issue, which prohibits new Dreamers from applying for legal status.

Willis Wang, BU vice president and associate provost for global programs, describes the proposed rule change as “another in a series of troubling attacks by DHS and its Immigration and Customs Enforcement agency on international students and scholars who provide a wonderful diversity of perspectives and create a fuller educational experience for everyone who is a part of the American university community.”

“This effort,” says Wang, “along with previous policies and orders banning visas, prohibiting international students from studying online during a public health crisis, limiting participation in certain STEM fields, and subsequent actions restricting the ability to sponsor highly skilled researchers, staff, and faculty, is creating a chilling effect that not only will hinder our ability to attract talented international students, scholars, and staff, but also will undermine our country’s leading role in scientific discovery, innovation, and education.”

International students at BU say they worry about the consequences of the proposed change. “This new policy causes a huge concern to me because it affects my career plan after graduating from Boston University,” says Jiaxin Tong (COM’22). “During my sophomore year, I spent most of my time doing industry and company research, looking for job opportunities and networking with alumni from Boston University. I consider this policy as eliminating the opportunities to experience and gain knowledge of working in real-life in the US for international students.”

Another College of Communication student, who prefers to remain anonymous, says the policy will force many international students to go back to their home country for jobs. “Many people, like me, would want to gain more working experience here and add more American professionals to our network.”

DHS is accepting public comment through October 26. Comments can be submitted here.